Bauxite Alumina Joint Ventures (BAJV) is undertaking the drilling on the Felicitas Resourceacross 2500 hectares 10 kilometres north of Wundowie and has already spent about $4.5 million.

The venture has bauxite tenements as far south as Manjimup, but is optimistic about its Wundowie prospect, even though company acting general manager Barry Cahill told councillors it was early days.

“BAJV has completed its first pass scout drilling on the Felicitas Prospect in testing the potential for bauxite,” he said.

“Recently a proposal for drilling north-west of Wundowie with two vacuum rigs was sent to the BAJV board for approval and it’s anticipated that, following this approval, further drilling will commence in spring.

“All landowner, regulatory and government approvals are in place for this drilling to commence.

“Our long-term objectives are to explore and mine bauxite and progress feasibility studies for the potential development of an alumina refinery.

“However the exploration work and any feasibility studies do take time and at least 18 months of further exploration drilling is expected first to determine the suitability of this bauxite resource.

“Our long-term aspirations are to find enough suitable bauxite to refinery which would potentially require a feedstock of about four to five million tonnes per annum over a period of 30 years.

“The studies and development of these sorts of projects are very long term but we are very excited with the exploration work to date and future drilling over the next few years around Northam and Toodyay.”

In WA, mining companies must obtain landowners’ permission before they go onto properties for exploration.

This was all too much for Cr Ray Head, a member of the Avon Community Development Foundation and the Avon Industrial Park Advisory Board.

He could not resist spruiking the claims of the park as a site for an alumina refinery.

“It has land, power, water and a major railway line,” he said. 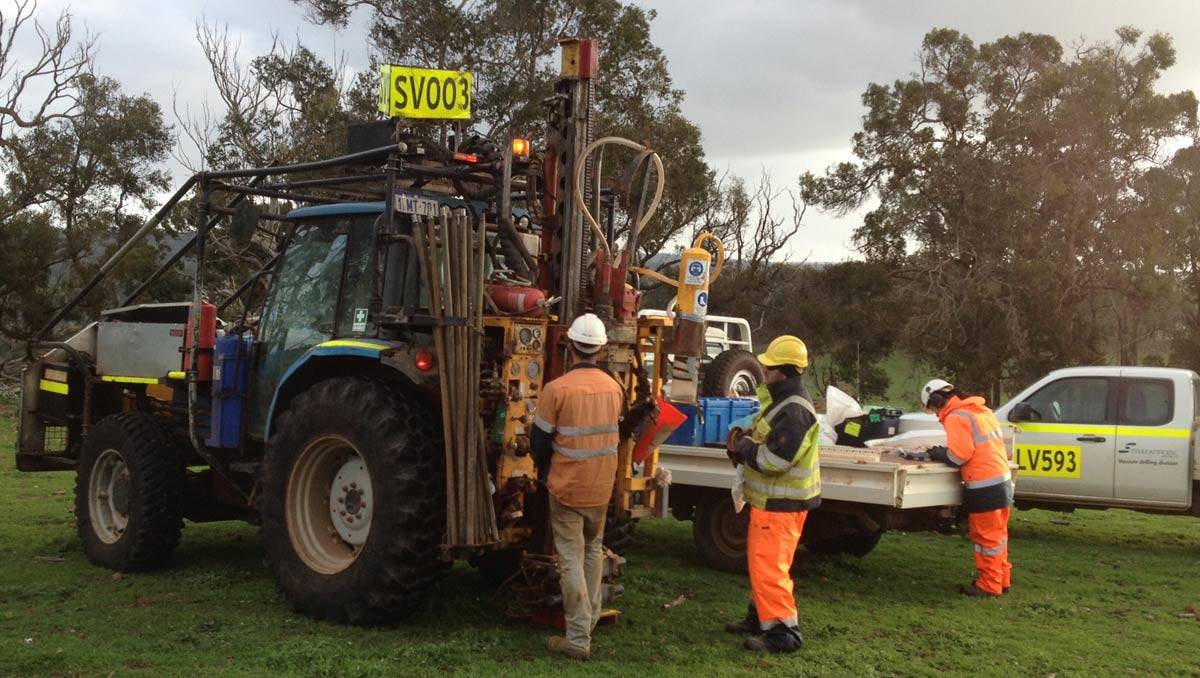 Sponsored by
While international competitors may have been sidelined this year for the Quilton Australian Dunny Derby, competition remained as fierce as ever in the western Queensland town of Winton on Friday night.
Test
A $50 million program to support microgrid pilot projects across regional Australia, announced in the 2020-21 federal budget, was launched by the Australian Renewable Energy Agency on Friday.
Test
Nerada produces approximately six per cent of black tea on the Australian market and credits its success to the Far North Queensland environment.
Test
Australian Wool Innovation's chairman Jock Laurie has reiterated the body's push for voters to support a levy of 2 per cent in this year's WoolPoll.
Test
Linking supply chain data the key to future prosperity in beef: MLA webinars
Test
Australia remains the largest exporter of goatmeat despite accounting for less than one per cent of global production.
Test