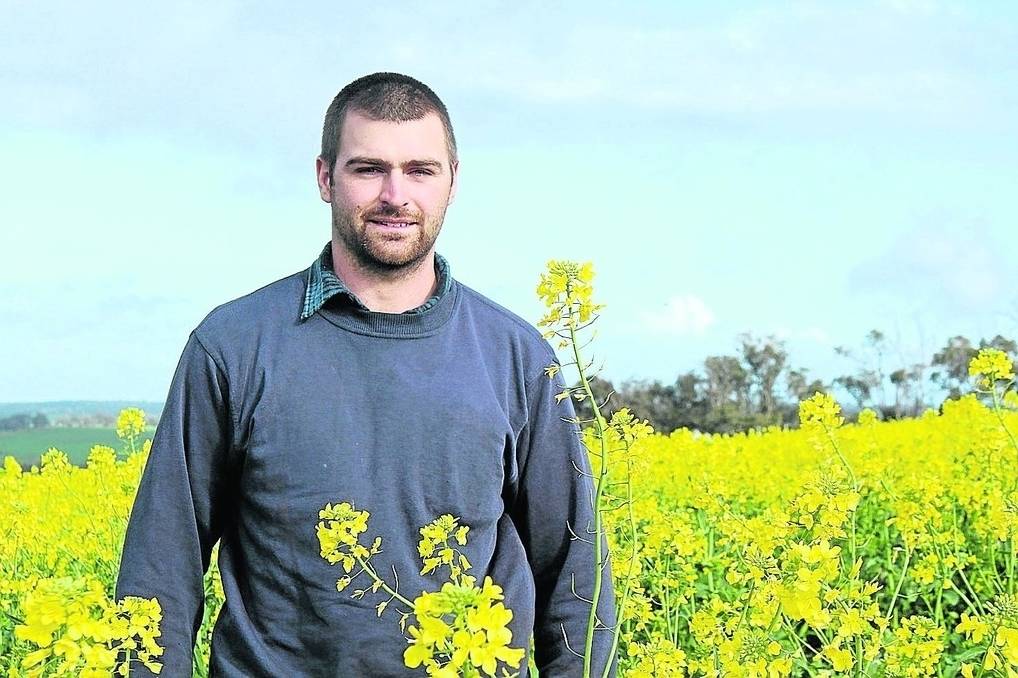 PLANTINGS of genetically modified (GM) canola in Australia have made a modest 2.5 per cent year-on-year rise according to Monsanto, the company that owns the Roundup Ready (RR) trait used in Australia's GM canola.

PLANTINGS of genetically modified (GM) canola in Australia have made a modest 2.5 per cent year-on-year rise according to Monsanto, the company that owns the Roundup Ready (RR) trait used in Australia's GM canola.

WA continues to be the dominant market for RR canola, with 77pc of total national plantings in the west.

There are 55,000ha sown in Victoria while New South Wales farmers have put in 47,000ha according to the Monsanto estimates.

The growing of GM canola continues to be banned in South Australia and Tasmania.

Since its introduction in 2010 in WA the growing of GM crops remains a divisive political issue.

The WA Legislative Council voted 18 to 9 to pass the repeal bill, which will now be introduced to the lower house.

WA Parliamentary Secretary to the Minister for Agriculture Jim Chown said the repeal bill had been tabled in the Legislative Assembly and was likely to be debated when Parliament resumed, following the winter recess in mid-August.

If the bill passes the lower house, decisions on growers' rights to produce GM crops in WA will revert back to the national Office of the Gene Technology Regulator (OGTR), which administers permits to grow GM crops in Australia, rather than the State Government.

Mr Chown said he was confident the bill would pass.

"Absolutely I am confident and I think this will be a great step forward for agriculture in this State," he said.

"It is not only good for the GM canola and cotton industries which are currently grown commercially here, but down the track for crops such as GM wheat and barley, which are at the trial stage at present."

The GM Free Areas bill was initially passed as safety mechanism to ensure the introduction of GM crops did not impact market access for other producers.

However, detractors of the bill say it has created uncertainty in both the production and seed development sectors of WA agriculture regarding the long term future of GM crops in the State.

"This just allows the biotechnology sector to invest in breeding with more certainty, WA is pretty well entrenched as our largest market for GM canola seed," he said.

"It gives certainty both to the breeders and to us farmers," he said.

"A lot of farmers in WA don't grow GM, but have indicated down the track they might like to and they want to know with certainty they can do that."

Mr Young said GM canola had emerged as a critical tool in parts of WA, especially in areas where there are herbicide resistance issues.

"It isn't grown everywhere, but it is an important part of crop rotation for some growers."

However, Bob Phelps, director of lobby group GeneEthics said there was no need to repeal the act.

"The GM Free Areas Act has been very useful, it has worked well and those who have wanted to grow GM crops have been able to, nothing has been prohibited.

"The act, which takes responsibility to the parliament rather than a single minister, is more transparent and more accountable."

He said his group was still concerned about potential losses of market access due to GM contamination.

"There is still a strong premium for non-GM canola and growers with any GM material in their crop, for whatever reason, lose access to that premium," Mr Phelps said.

This year, 720 WA farmers are choosing to grow genetically modified (GM) canola, including more than 80 farmers who are growing it for the first time.

Monsanto Australia managing director Tony May said while there was a "flattening out" in uptake in WA, the area planted to RR canola remained strong.

"The addition of 80 new growers growing this year shows that people are still want to incorporate this on farm," he said. "Herbicide resistance remains an ongoing challenge for WA farmers - the RR system offers growers the ability to better control weeds at a time when they are losing key groups of chemistry," he said.

He was pleased with the figures, given canola prices were low in the front half of this year when growers were making decisions about their season rotations.

"Even with a price differential and slowdown in the global canola price, local growers continue to choose Roundup Ready hybrid varieties to play an important part in their cropping mix," Mr May said.

He said farmer feedback was that RR was useful in the context of an entire crop rotation.

"It sounds slightly counter-intuitive when talking about a system that uses our most widely used herbicide, glyphosate, but WA farmers have found RR canola really good in terms of managing herbicide resistance in weed species," he said.

He said it had proved a valuable tool for growers in areas too dry to safely grow Clearfield canola due to concerns regarding the residual component of the herbicide used in that system not breaking down or where there were issues with atrazine and simazine, the herbicides used in triazine tolerant (TT) canola systems.

"We've got many growers who have done TT to death and we've found RR is a useful part of our overall integrated weed management program," Mr Young said.

Mr Phelps said GM canola had been a flop in Australia.

"The European Union buys the vast majority of Australian canola and they have been prepared to pay a premium of up to $70/t for non-GM canola," he said.

"Since 2008, the average yield gain from GM canola technology has been 11 per cent," he said.