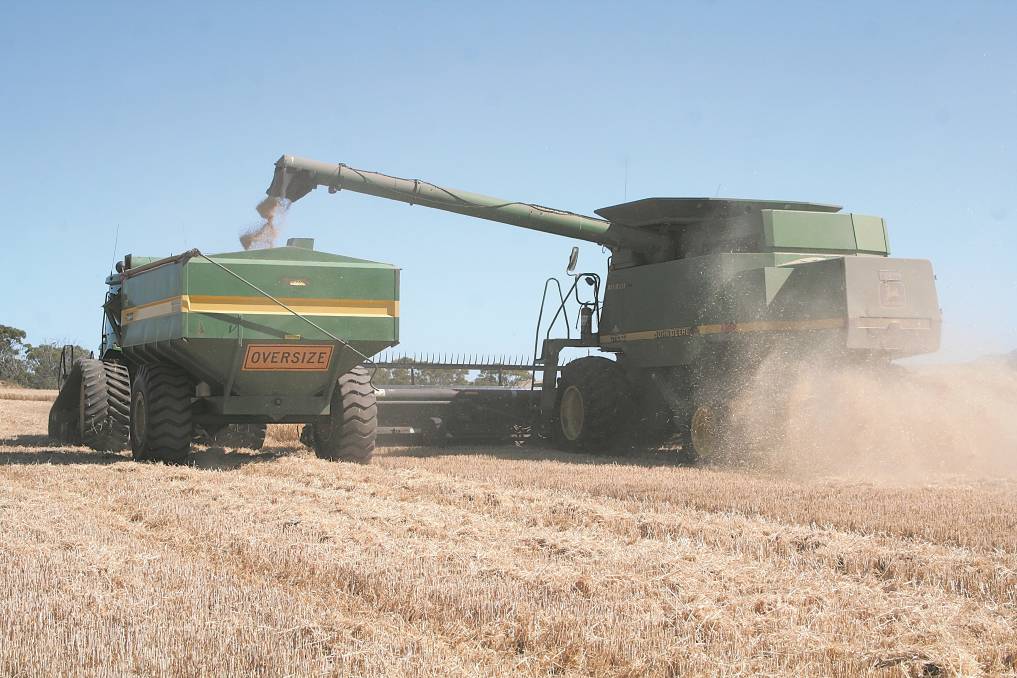 The Geraldton zone had a busy week, with nearly 500,000t delivered, taking total receivals to 2.5mt.

Geraldton Zone manager Duncan Gray said receivals were expected to wind back next week with growers finishing harvest in some areas.

"We will start to close some sites next week as they are at capacity or the area is really starting to slow down," Mr Gray said.

"Yields are still holding up and quality is again going very well."

Zone manager Gavin Bignell said more than 200,000 tonnes was received every day over the past week, excluding the weekend, putting pressure on several receival points.

Mr Bignell expects northern and eastern parts of the zone to finish harvesting towards the end of the week.

A slow start to harvest has led to nearly 500,000t less delivered in the Albany zone compared to the same time last year.

Mr Thornton said recent cool weather had slowed down operations but favourable conditions for the coming week were expected to ramp up receivals again.

"Canola and barley deliveries in the north of the zone are slowing down with more growers now commencing wheat programs," he said.

"Early indications are that there is some frost damage and additional off-grade segregations are being introduced to accommodate this.

"Barley, oats and canola continue to be the main grains delivered in the south and west of the zone with a good percentage of barley making malt grades."

Fine weather helped the Esperance zone push to 1.7mt with more than 1mt delivered in 12 days.

"Many growers have either finished or are close to finishing which will see our daily tonnage reduce a bit over the next week," said zone manager Mick Daw.

"On the whole yields and quality are both going extremely well with most growers now well into their wheat programs."

Mr Daw said some stacks were tight for space and may soon close as harvest drew to a close.