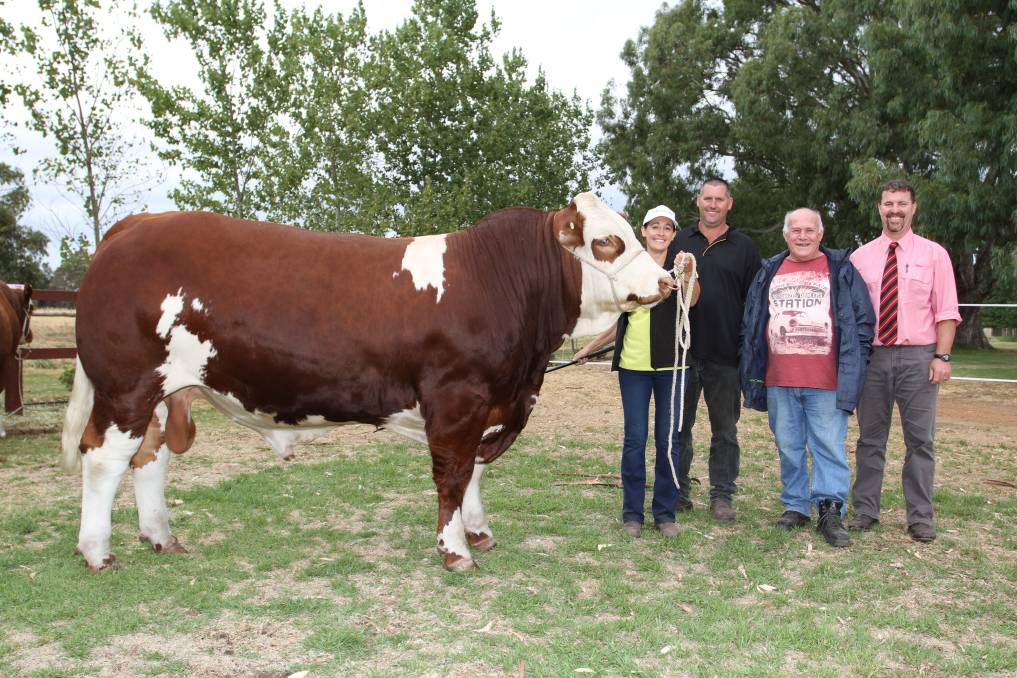 This allowed buyers to sit back, consider and place bids on selected lots while enjoying the Bandeeka team's hospitality.

While buyers went away happy with quality bulls at good values, unfortunately for the vendors the buying register needed a few extra buyers to generate more competition to boost values and clearances.

Under control of the Elders team, a total of 17 bulls were sold during the Helmsman auction time period to average $4926. When Farm Weekly left the property, two bulls had sold for their reserve values following the sale, with negotiations continuing.

The sale's overall average was back $324 compared to last year where 24 of 33 bulls sold during the auction to average $5250.

Two outstanding prizes were up for grabs for buyers prepared to bid up.

Buyer of the top-priced bull received a weekend for two at Caves House, Yallingup, while the biggest total spender at the sale received an all-expenses paid, three-day professionally guided fishing and hunting trip in Arnhem Land.

After a name draw due to the tie in prices, Gingin producer Gavin Read, GJ & M Read, won the "weekend" prize.

Lancelot was the grand champion Simmental bull and runner-up in the junior interbreed standings at the 2016 IGA Perth Royal and Brunswick Shows.

He said they enjoyed an excellent season and strong prices with their 10 and 11-month-old weaner steers selling to a local feedlot for $1350 on-farm.

The 880kg Red Lustre was part of the winning interbreed breeder's group at the 2016 Perth Royal Show and scanned 10mm P8, 9mm rib, 118cm2 EMA and 5.9 IMF with EBVs ranking in the top 10pc for milk and top 20-25pc for all growth and selection indexes.

Ms Fraser was also a first-time Bandeeka buyer after attending the sale last year and said she was sold on Red Lustre after seeing its photo in Bandeeka's advertising in the Farm Weekly.

"Picture perfect," she said. "What wasn't there to like about him?

"I just needed to check his temperament and see him walk at the sale but the photo sold him."

The Red Angus bulls will be used over Ms Fraser's self-replacing Limousin herd as it shifts in the LimFlex direction to keep the red factor in the breeding.

Ms Fraser targets her sale cattle at the grass-fed yearling market with calving starting in March and calves generally weaned in January and grown out on grass to be sold on-farm from October to December.

Another multiple bull buyer was MO & M Puttick, Manjimup, who purchased two Simmental bulls for $4000 each.

The end of March 2015 below average birthweight bull by homebred sire Flippher, displayed strong growth and calving ease traits along with a top 1pc ranking for fats and top 5pc for IMF.