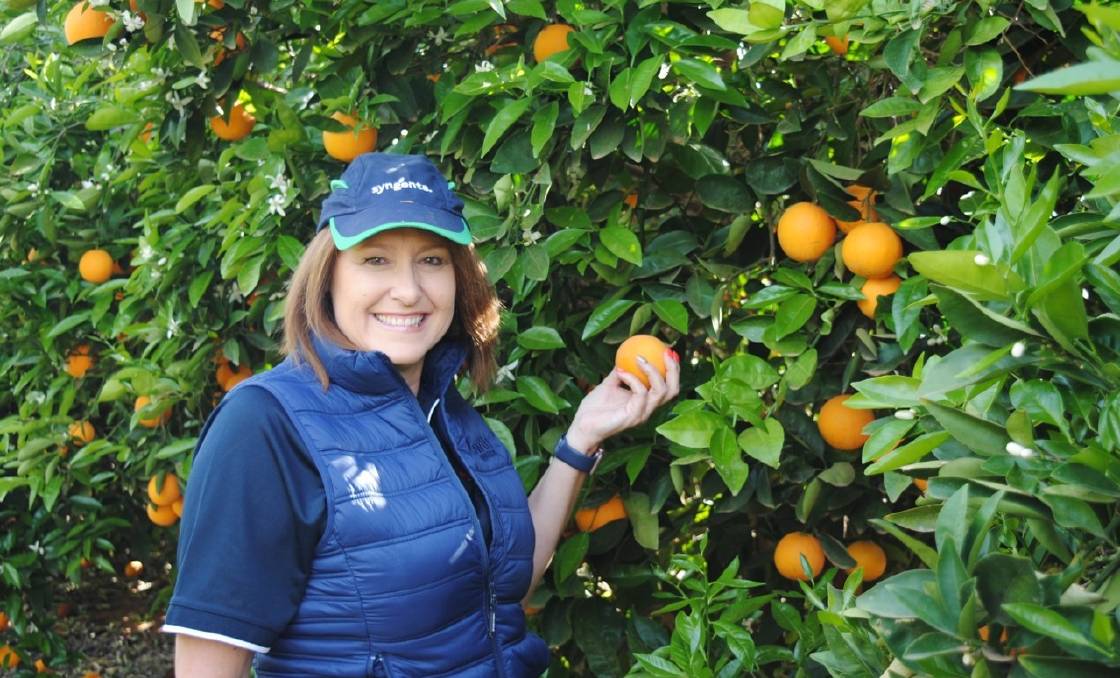 This article is sponsored by Syngenta.

A citrus grower from Mildura, Victoria, and current chair of industry body Citrus Australia, Tania’s push to get money into market development has resulted in a new export market to China opening for Australian citrus produce.

“Six years ago, there were no Australian citrus exports to China, but 40,000 tonnes were sent last season and all at premium returns,” Mrs Chapman said.

In addition, there are four new varieties of mandarins now in quarantine that will be available for the local industry to trial.

This achievement is the result of Mrs Chapman's 2014 Nuffield Scholarship study, where she looked at new mandarin varieties in Japan.

“The Nuffield study was an amazing experience to gain firsthand knowledge and develop new ideas for how Australia can open up its primary produce exports," Mrs Chapman said.

"No matter how busy or involved you are in your business, you can put steps in place to take time out to learn and to share the learnings."

Mrs Chapman is one of the regional finalists for the 2017 Syngenta Growth Awards, nominated in the Community and People category.

25 regional winners will be selected from the pool of finalists to continue to the final round of judging, which will determine the seven overall winners of the 2017 Growth Awards across Australia and New Zealand.

The regional winners will be announced in Sydney in early November.

In 2012, Mrs Chapman was named Rural Victorian Woman of the Year and she recently finished a term on a Victorian Government task force to entice young people into agriculture.

She believes that the depiction of farmers as focusing on the tough times is not a true reflection of the industry.

We wanted to find out what skills need to be developed to build the industry and how to attract young people into agriculture. - Mrs Tania Chapman

“It’s important to highlight the positives of being involved in agriculture - it’s not just a lifestyle choice, the opportunities are amazing.”

Mrs Chapman is the proof in the opportunity pudding – from doing business in China, Indonesia, Japan and the United States to meeting the likes of Australian federal ministers Andrew Robb, Barnaby Joyce and Julie Bishop, Mrs Chapman is getting Australian citrus on the agenda.

“It’s not enough to stand up and speak – you have to lead by doing,” she said.

This article is sponsored by Syngenta.

The story Setting the citrus industry up on the world stage first appeared on Farm Online.