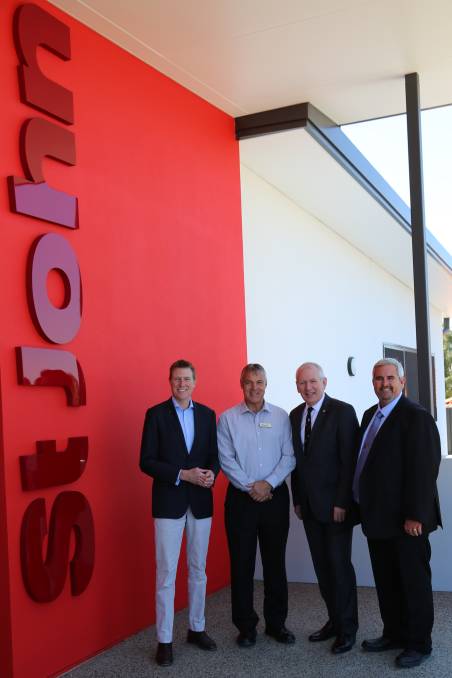 The new facility, located two streets from the Northam Hospital, was officially opened on Wednesday, October 11, with many interested parties in attendance.

“The old place is obviously out of date and we have waited a long time,” he said.

“Hopefully our response times will be better because everything is a bit closer.

“Also, we are all in one communal setting now which makes for a nice team environment.”

“The volunteers and paramedics were separated and in different areas before,” she said. “We are all together in one area now.”

St John Ambulance Country Ambulance general manager Julian Smith said the ambulance service had delivered quality care to the Northam community for many years and the growth of Northam had created a need for the new facilities.

“The existing infrastructure for St John in Northam consisted of a fragmentation of facilities located across town and it was identified that there was the need to expand our services,” he said.

​“This new centre will help us deliver our integrated model of service, where volunteers and career paramedics work side by side and first aid plays an integral part in the chain of survival.

“The project will contribute to the continued operation of a 24/7 ambulance service in Northam and will provide additional facilities for the increase in demand for first aid training.”