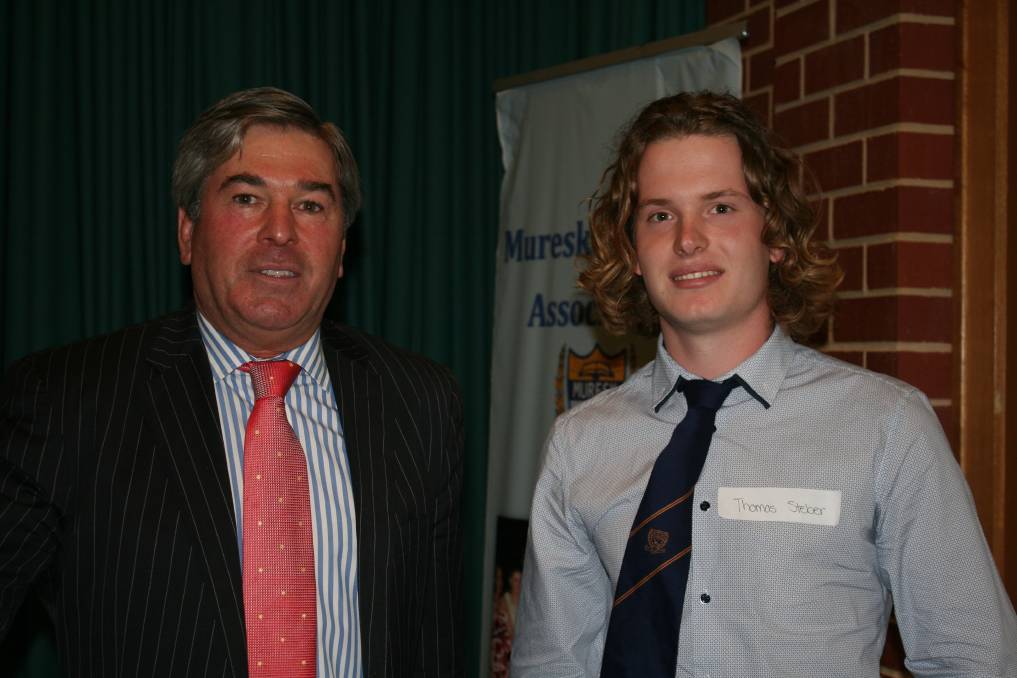 FROM humble beginnings, John McKillop has found himself leading businesses at the highest level.

FROM humble beginnings, John McKillop has found himself leading businesses at the highest level.

Growing up in the Macquarie Valley, in the New South Wales central west, Mr McKillop’s early ambition after finishing school was to go back to the family farm.

“My family had been in that district since they came out from Scotland in 1838 and somehow every generation had got their own block or gone back onto the original block,” Mr McKillop said.

“So I just thought somehow that would happen.

“What I hadn’t thought through, after finishing agricultural college in Orange, NSW, is that I had four siblings and we had very little off-farm assets.

“So how was I going to end up with this viable farm and not be up to my eyeballs in debt?”

Mr McKillop stayed on the family farm path untill he was 27, when he thought it was never going to work.

With a diploma in farm management, Mr McKillop set off to his first job which was as a rural financial councillor in NSW.

At this stage he was dealing with farmers who were in financial difficulty and often taking them through a journey of their options.

“In reality and probably in 90 per cent of cases I was helping them exit out of the industry,” he said.

“It was a really good role and it certainly developed skills in negotiation and analysis.

“But you start to think that agriculture is negative and people are going broke left, right and centre.

“I decided after three years that it was probably enough for me, so I went off to start studying.”

Mr McKillop started a six-year degree in business and over the next 11 years he studied continuously.

“Part-time, married, two kids, three or four different jobs and I hated it,” he said.

Mr McKillop feared he would be out in a competitive environment, competing against other people who had degrees and masters degrees and he might feel he wasn’t going to get a role because someone else has a competitive edge on him.

He ended up with a business degree, finished the CPA program, a graduate certificate in agribusiness and his Master of Business Administration.

At the start of 2000, Mr McKillop got a job with KPMG consulting.

From there he was offered a job at Grainco, which was the first of the four times in his life that he would work himself into a redundancy.

A month later a role come up with Stanbroke Pastoral Company.

“Stanbroke was awesome,” he said.

“It was 100 per cent owned by AMP, it ran 520,000 head of cattle on 13.7 million hectares across Northern Territory and Queensland.

“My only experience was running 80 cows at home.

“One of my responsibilities was the feedlot, which held 10,000 cattle,” he said.

In 2004, AMP decided to exit and his role effectively was to do himself out of a job again.

“In the dying days of Stanbroke I was put in there as the CEO,” he said.

Once his stint at Stanbroke ended, Mr McKillop had CEO on his resume.

He took a job with Elders dealing with the marketing of livestock.

While at Elders, Mr McKillop also worked in a fly-in, fly-out role at Harvey Beef and became the interim CEO while it was being sold.

It wasn’t long until another big role come up to run Clyde Agriculture.

Although after three years he did himself out of a job when Clyde Agriculture was sold.

“So I went to go find myself something that no one could sell,” he said.

Mr McKillop took on board roles instead.

“You can have five to 10 roles on different boards and you lose one then that’s OK because you pick up another one,” he said.

By that stage he had established himself in the industry and was lucky enough to pick up a board role with Meat & Livestock Australia, Dairy Australia, Primary Industry Education Foundation and Cubby Station.

In 2015 he was offered the job at Hassad Australia where he also maintained his board roles.

“But the one thing they learnt is you don’t need to own a farm in Australia to guarantee food security.”

Mr McKillop said the reason he wanted to share his life story with the Muresk students is because he has enjoyed what he has done.

“Corporate agriculture is a good career to pursue,” he said.

“I grew up on an 1800ha farm in NSW and suddenly I have seen things and dealt with things that I never thought were possible in my life.”

Mr McKillop said for a successful career in corporate agriculture, students needed to continuously upgrade study and qualifications, do a good job where ever you are, network, learn what you are good at and back yourself and take hold of opportunities.

“I have lived in seven different cities and that’s hard on family,” he said.

“I don’t know where my kids would say home is and six years is the longest stint we have ever had in one place.

“I have had an interesting career but it has come at a price.

“Just remember the agricultural industry is incredibly small and everyone knows everyone.”