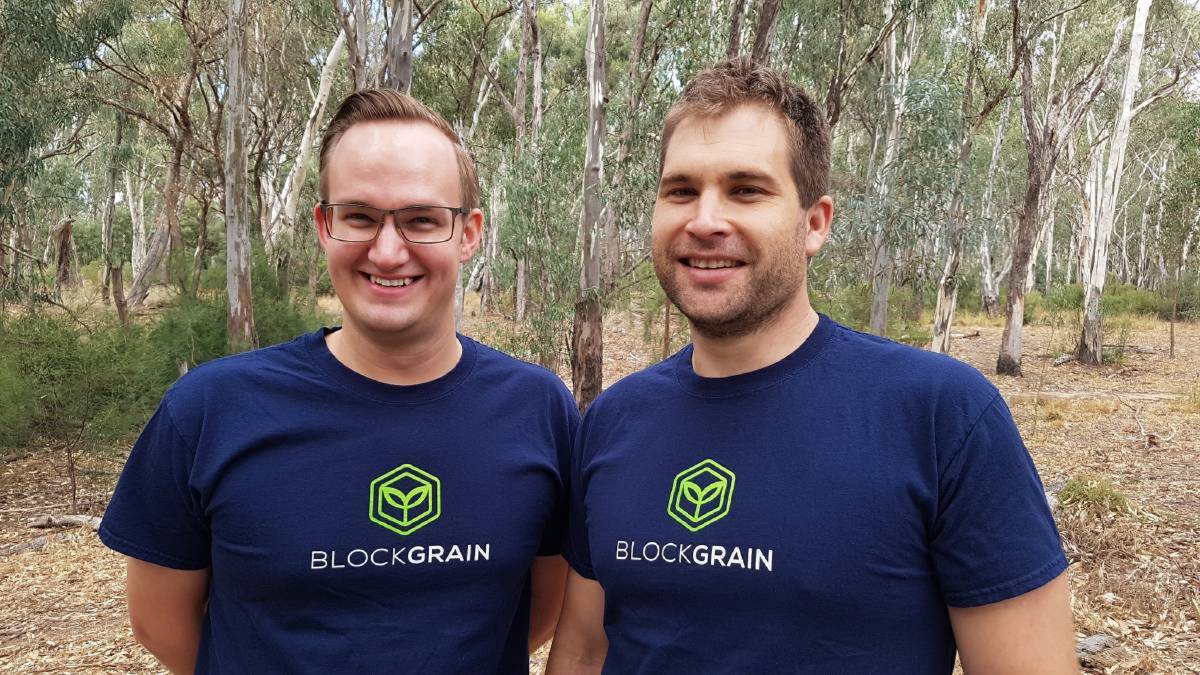 A NEW agricultural information technology business is confident its package of products will allow farmers to transform the way they manage on-farm grain storage and marketing programs.

A NEW agricultural information technology business is confident its package of products will allow farmers to transform the way they manage on-farm grain storage and marketing programs.

Founded in 2015, BlockGrain is a software solutions business that allows farmers, brokers and logistic companies to track grain at harvest and through the supply chain to consumers using block chain technology.

It enables farmers to create, manage and track commodity contracts, including invoices, payments and inventory, in a single, mobile application.

Mr Ditterich said the system was built to be used on mobile phones, which could record and input data from taking grain from the paddock to executing a contract with an end user.

He said a truck driver taking grain from a farm would register cartage and delivery details through a phone.

“You know your booking details, where your truck driver is heading and what they have to deliver, the receival docket is integrated with growers and brokers so everyone is up to date about what grain is where,” Mr Ditterich said.

“It’s a solution for everything in the supply chain management from the farmgate to the end user.”

Aside from these headline applications, Mr Ditterich said the BlockGrain concept featured other assets he felt farmers would appreciate.

“For instance, you can have complete traceability down to a load level,” he said.

“It will allow growers to know exactly what quality grain they have in storage and where, even down to where in the silo bag the higher or lower protein portions should be sitting.”

“The technology means you can get an accurate idea of exactly what quality grain you are outloading even allowing for load variability in the storage facility.”

Mr Ditterich said this would help farmers blend to create the arbitrage opportunities that have, by and large, been the province of the large bulk handlers in the past.

Mr Ditterich said the system would also be welcomed for its record keeping capabilities.

“There will be no more reliance on physical tickets when you are at the bulk handlers, no more waiting for a fortnight for details, you will be able to keep your own records of every last load delivered and where,” he said.

The system will also allow brokers to have an idea of what grain is available and where.

“You can share your stocks with your broker, according to what you want to disclose, and that means they will be able to market the grain on its exact quality specifications.”

Mr Ditterich said the response to the BlockGrain concept had been positive from both the farming and trade sectors.

“I think it is something people are looking for.”

Brad Knight, director of grain marketing business Geo Commodities, said he felt the concept of a system to manage grain right through from on-farm storage to delivery was overdue.

“I think that lack of data and lack of tech solutions to execute contracts from on-farm storage has been one thing holding back that sector against delivering grain into the bulk handling network,” Mr Knight said.

“This sort of technology may allow growers and brokers to work with grain stored on-farm with more confidence and more precision as to exactly what is where.”

Mr Knight said the grain industry had altered dramatically in the past 10 years but grain deliveries and contracts were one area where there were still anachronisms.

“You’ve still got at times reliance on physical tickets and a lag time of a fortnight before grain shows up in the system, in this day and age I think having these sort of things sped up is critical.”

Mr Ditterich said the BlockGrain products had been trialled over the past two harvests and had worked well.

BlockGrain is launching Australia’s first agricultural token sale later this month and is looking to raise $25 million, which will be used to accelerate the development of its AgTech product offering and expand market presence.

It has raised $3.5m privately, attracting investors in Australia and internationally.