FIVE properties across the Great Southern and central Wheatbelt regions have been put under quarantine after the detection of virulent footrot discovered in sheep sent to a Great Southern abattoir. 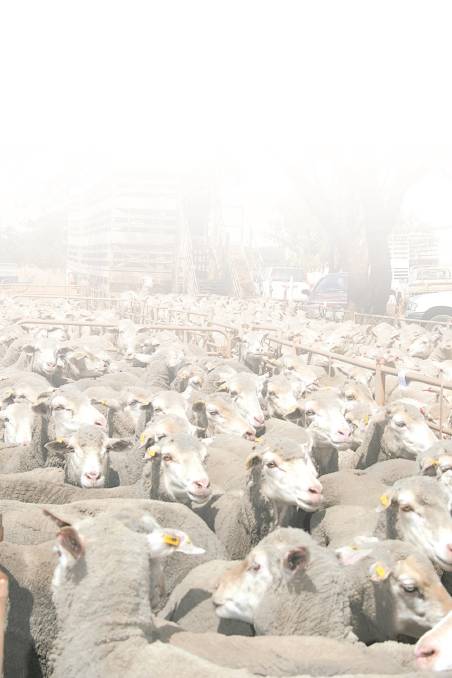 Producers have been encouraged to be on the lookout after virulent footrot was detected at a Great Southern abattoir.

FIVE properties across the Great Southern and central Wheatbelt regions have been put under quarantine after the detection of virulent footrot discovered in sheep sent to a Great Southern abattoir.

The quarantine restrictions are in place to stop a further spread of the disease and Department of Primary Industry and Regional Development (DPIRD) officers are working with each property owner to develop a plan to manage the disease in their flocks.

The properties could be under quarantine for a few months to a few years, depending on the strategic plan put in place to manage the issue.

The detection has highlighted the importance of surveillance for footrot.

“Samples taken at the abattoir and sent to the department’s laboratory tested positive for virulent footrot,” Dr Cotter said.

“This was from a source not previously known to be infected with footrot, highlighting the importance of abattoir surveillance in detecting and preventing further spread of footrot.

“In this case, abattoir detection allowed containment of the disease and prevented further spread.”

She said the samples originated from a Merino flock, with tracing showing that the animals had been sold through the saleyard and a private sale, resulting in purchases by multiple properties in different regions.

Virulent footrot causes lameness and productivity loss, depending on the severity of the disease.

“I urge farmers to be vigilant in checking prospective purchases for signs of lameness and practice good biosecurity by holding introduced sheep in a separate paddock to the main flock until they are verified as disease free,” Dr Cotter said.

WA’s Footrot Control Program is funded by the sheep and goat industry through the Sheep and Goat Industry Funding Scheme (IFS), with operational activities managed by DPIRD.

As part of the industry-funded program, DPIRD officers undertake surveillance at abattoirs from October to March each year to detect infection following the winter and spring transmission period.

The IFS was introduced in July 2010 to address biosecurity threats relevant to the WA sheep/goat industry.

The scheme uses funding arrangements authorised under the Biosecurity and Agriculture Management Act 2007 (BAM Act), where contributions are collected from the WA sheep/goat industry.

During 2017/18, a 10 cent contribution on the sale of all sheep and goats (live or carcases) produced within WA will be collected.

This will be used to fund a program to control virulent footrot, and may also be used to manage potential future incursions of other pests/diseases that are a priority to the WA sheep/goat industry.

Sheep producers have an opt-out option if they do not want to contribute to the scheme.

While contributions are mandatory in the first instance, a producer who has opted out can have their annual contributions refunded in full.

Those who wish to opt out must do so between June 1- June 30 each year.

Stock agents and processors are required to collect and forward contributions on behalf of producers.

The owner of any animal sold to someone other than a processor or stock agent will be responsible to pay the required contributions direct to the IFS.

For the 2017/18 period only eight producers have opted out of the scheme.

The number has been static for the past five years.

People opt out for a number of reasons but mainly if they felt that the issue of footrot wasn’t affecting their livestock or they were not seeing any direct benefit from being apart of the scheme.

DPIRD encourages those who do opt out to ensure that a biosecurity plan is in place to monitor their flock before transportation from the property to prevent such diseases spreading.