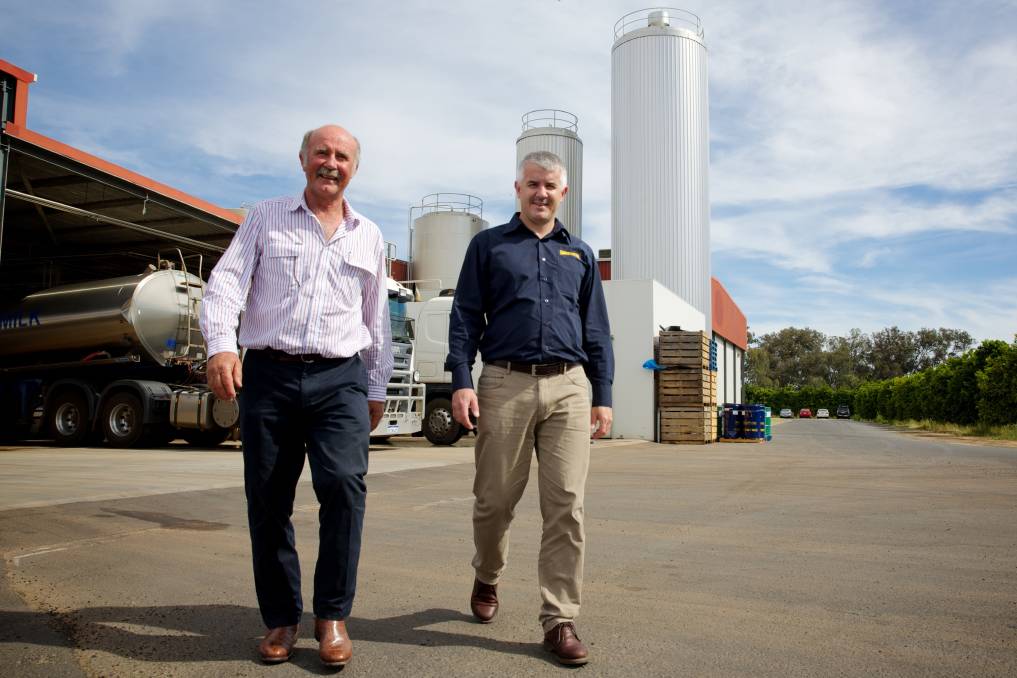 HARVEY Fresh owner Parmalat Australia has told Western Australian dairy farmer suppliers it wants 70 per cent of them to agree to new proposals for its contracted fresh milk supply base.

HARVEY Fresh owner Parmalat Australia has told Western Australian dairy farmer suppliers it wants 70 per cent of them to agree to new proposals for its contracted fresh milk supply base.

The Brisbane-based arm of the global dairy processor has also told farmers the alternative is it only wants 90pc of the volume of milk produced by its current Harvey Fresh supply base – believed to be 64 farms.

They presented suppliers at meetings with a form outlining a range of new proposals related to contracts and achieving desired reductions in supplier numbers or overall milk volume.

They also asked each supplier to indicate on the form which of the proposals they would be prepared to accept.

The forms were collected at the end of the meetings and farmers were told Parmalat’s decisions in relation to the future of some suppliers would depend on its interpretation of the responses provided.

When Farm Weekly went to press three Harvey Fresh suppliers on temporary six-month contracts to June – Mike Norton, Capel, Tony Practico, Bridgetown and Kieran Chapman, Busselton, were expecting to hear whether they would be dropped.

They were told their futures as Parmalat suppliers and whether they were offered new contracts from June would be decided in Brisbane before the end of the week and would depend on the responses of the rest of the suppliers to the proposals put to the meetings.

As previously reported, they were among five suppliers who decided not to take up volume growth incentives offered by Parmalat after it took over Harvey Fresh in March, 2014 and stuck with their Harvey Fresh contracts until they ran out.

It told them their milk would not be collected after mid-January this year but relented and offered short contracts.

Two of the five chose to leave the dairy industry.

Ironically, proposals understood to have been put to suppliers included allowing Parmalat to drop a growth incentive payment for May – the last growth payment in the three-year contracts offered to suppliers after it took over Harvey Fresh.

At the time Harvey Fresh was processing high-volume, low-margin private brand $1-a-litre milk for Coles supermarkets and was looking to secure milk supply for that contract.

But Coles used the Harvey Fresh change of ownership to get out of the contract and shifted its private brand processing to Lion Dairy & Drinks for a lower price, leaving Parmalat with a contracted supply of more milk than it needed.

A farmer asked Mr Fechney and Mr Linton at one of the meetings what guarantee he or other suppliers had that favourable responses to proposals put to the meetings would prevent them from being dropped.

He was told there were no guarantees.

Mr Fechney and Mr Linton indicated to the meetings the company believed the over-supply situation experienced last spring, which was behind the move to drop suppliers or reduce milk volume, was “temporary”.

They also indicated the company was progressing with promising plans to increase exports into South-East Asia and had lifted domestic market share.

But farmers, who asked not to be named, questioned the long-term wisdom of dropping suppliers when there were prospects of export and domestic market growth.

They also pointed out confused market signals from processors to producers was one of the issues dairy farmers had raised with the Australian Competition and Consumer Commission dairy inquiry at a hearing in Bunbury.

Farmers said they believed up to seven Harvey Fresh suppliers could ultimately be dropped unless all suppliers agreed to cut production volumes.

Statements made by a Treeton farmer at a meeting led to wide-spread industry speculation he had already received a termination notice from Parmalat effective from October, but that proved not to be the case.

One farmer said he believed the number of suppliers to be dropped by Parmalat and by Brownes Dairy combined would total 16 before restructuring of the WA dairy industry was completed.

If he is correct, the number of dairy farm enterprises in WA could drop below 140.

Brownes has dropped four suppliers without acknowledging their flat production curves, milk volumes or milk quality, and another supplier retired to allow a fifth farmer proposed to be dropped to continue as a supplier, albeit on reduced volume and price.

Some farmers said they came away from the Parmalat meetings with the impression the company was not prepared to take individual supplier history, production curves, or milk quality into account when deciding if or which suppliers would be dropped.

They said they believed Harvey Fresh had been ordered to reduce overall milk volume or, if necessary to achieve that, the number of suppliers quickly and the most important criteria appeared to be volume and when contracts could be terminated by Brisbane head office.

Parmalat head office in Brisbane was asked several times for information and clarification but declined to comment.