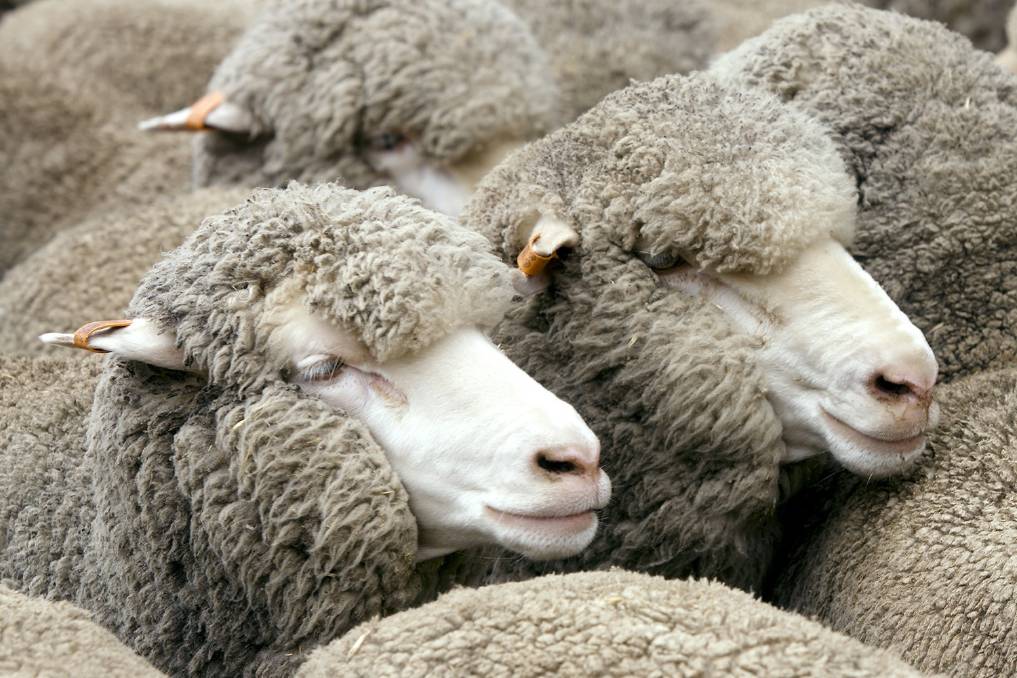 THE looming Chinese new year (CNY) holiday period is expected to have a soft impact on the Australian wool market, while sheep meat exports are expected to continue unscathed.

THE looming Chinese new year (CNY) holiday period is expected to have a soft impact on the Australian wool market, while sheep meat exports are expected to continue unscathed.

Competition for fine wool pushed the Eastern Market Indicator to 1374 cents per kilogram, with 18.5 micron and finer microns jumping a whopping 70 cents.

Rabobank wool analyst Georgia Twomey said the opening sale of the calendar year was a promising sign exports would continue to China throughout the new year celebration period which begins later this month.

Chinese factories shut down for the spring festival holiday period from about January 28 to February 2, when hundreds of millions of workers head to their hometowns.

"The trend is definitely for exports to drop off in January in terms of it being one of the quietest months for the year," Ms Twomey said.

"This is likely a function of both the recess and CNY a contributing factor - although the drop in exports is felt across all of our key markets.

"The trend is fairly consistent across the last few seasons."

Exports to China from September to November were strong and season-to-date volume to China is up 18 per cent, according to Rabobank, with both the Czech Republic and Italy falling in volumes.

In the lead up to the holiday, Ms Twomey partly attributed the wool markets' flurry of activity in December to pressure on Chinese processors to fill orders before shutting next week.

Shipping companies warned customers China's transport networks were at capacity and their shipments must be at ports two weeks ahead of the holiday before the country shuts down.

"There are a number of things at play that will be influencing the market, certainly the mill closures and quieter activity during CNY following the Australian selling recess is one factor to consider," she said.

"What we would expect is things will quieten down in terms of activity at mills and we will get a feel when things resume in February what the appetite is regarding China buying at current levels.

"We definitely saw a flurry of activity (in the wool market) in the lead up to Christmas which was to ensure there was enough stock to meet the orders prior to the break, as well as supply to get the mills back in action."

The consequence of the celebrations can be a nightmare for retailers and importers overseas who rely on China manufacturing, however Ms Twomey said, for Australian woolgrowers the impact would be subtle.

"It's an event in the market and something that woolgrowers should be aware of, but there is no reason to be expecting a major implication," she said.

"It can be a hassle for those impacted downstream but from market pricing perspective, there is a good structure to maintain the current steadiness."

During this period, stock market trading grinds to a halt as mainland China shuts for an entire week and financial hubs such as Hong Kong and Singapore take a break as well.

In terms of the wool trade, Mecardo livestock market analyst Matt Dalgleish said there was no noticeable impact beyond the short-term weekly effect.

Mr Dalgleish said even the weekly effect was probably using the CNY as an "excuse" if the market was quiet rather than highlighting an impact to trade flows.

"When you look at the wool trade over the month for the CNY period there isn't any effect on the trade flows," he said.

"There was some talk that the timing of the earlier CNY this year has actually been beneficial.

"Wool bought prior to Christmas has been shipped and now any wool purchased from start of 2017 season will arrive in China after their CNY celebrations, so there will be minimal disruption as the timing of the CNY festivities fits in with our Christmas and New Year break."

He said while there was a possibility in the short-term that some trade activity slows, there was not any impact on the monthly data for sheep meat exports during the CNY period.

Mr Dalgleish said random movement in trade flowed up and down between months prior to and post CNY for the past decade, suggesting there was little to no impact of CNY on trade flows on a monthly basis.

"Any changes to the weekly flows during CNY period seem to smooth out over the month," he said.

"The five-year average shows a slight decline from January to February which is part of the normal annual seasonal changes to trade flows probably based more on our seasonal supply patterns and how that impacts the price of sheep meat exports."