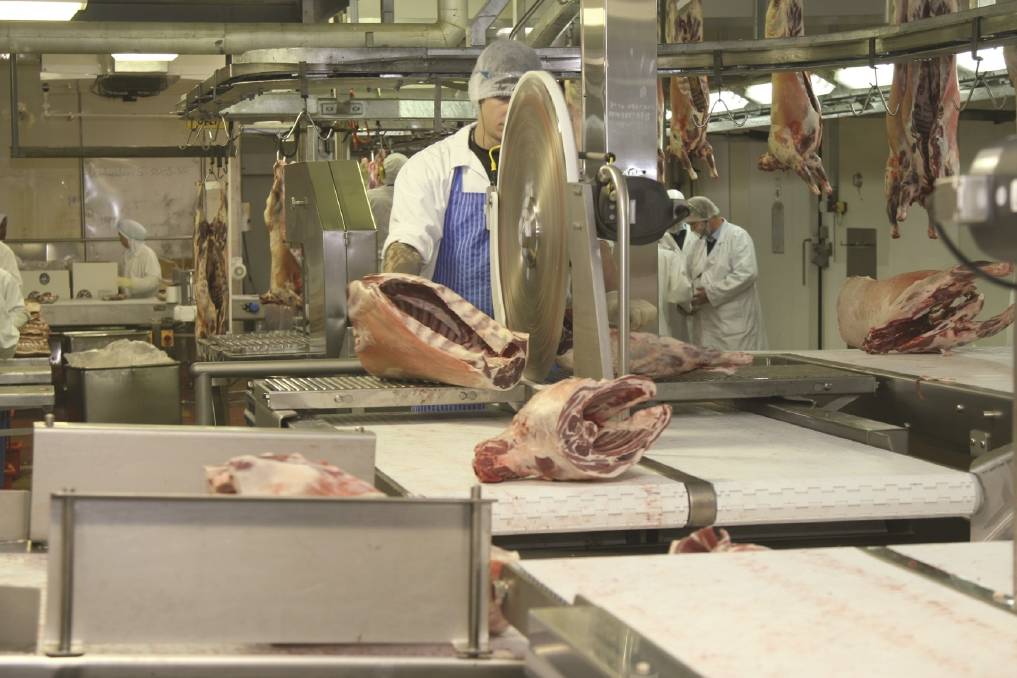 NATIONAL sheep slaughter numbers have run hot for the past seven weeks on the back of intensifying dry conditions across many of the nation’s key sheep production areas.

NATIONAL sheep slaughter numbers have run hot for the past seven weeks on the back of intensifying dry conditions across many of the nation’s key sheep production areas.

For the entire year up until August, we saw sheep slaughter outstrip last year’s levels for every month to July.

August tipped over the one million head slaughtered and September will end up much stronger again.

According to Mecardo analyst Angus Brown, there was little chance the annual sheep slaughter being under eight million head.

“Five-year average sheep slaughter for October to December will see over 9.2m head for the year,” Mr Brown said.

“Even the lowest October to December sheep slaughter on record, from 2011 will see annual rates at 8.3m head.”

According to Meat and Livestock Australia’s (MLA) market intelligence manager Scott Tolmie, it has been a year of extremes for the Australian lamb market, with prices soaring into unchartered territory due to strong demand meeting tightening supply.

“Lamb prices have been breaking records as they smashed through the 700c and 800 cents per kilogram carcase weight marks for the first time,” Mr Tolmie said.

“Poor seasonal conditions and high feed costs have led to a waning supply of finished lambs as the year has progressed,” Mr Tolmie said.

“This, combined with strong international demand, has resulted in fierce competition for a diminishing supply and driven up prices across the board.”

Mr Tolmie said dry conditions drove increased lamb slaughter for the first half of the year, spiking in the second quarter of 2018 as conditions worsened and producers looked to destock.

The numbers peaked in June with the highest month of lamb slaughter on record.

But lamb slaughter has fallen in recent months due to the delay in new season lambs entering the market.

With no indication of improved seasonal conditions in the short-term, reports suggest there will be greater numbers of light weight, unfinished new season lambs coming onto the market this year.

“The timing and quality of the new season lamb crop will have a large impact on prices for the rest of 2018,” Mr Tolmie said.

He said while strong lamb and mutton prices had been a motivating factor to maintain or build flock numbers, the lack of rain across much of Australia has put a lot of pressure on producers to de-stock or supplementary feed.

The ongoing dry conditions had also placed downward pressure on carcase weights, with the national average lamb carcase weight for 2018 forecast to be 2pc lower than 2017 with the average sheep carcase weight down by 8pc, at 23kg.

Mr Tolmie said in terms of lamb production, lighter carcase weights were expected to offset the year-on-year rise in slaughter in 2018.

Total lamb production forecast for the year is 511,000 tonnes carcase weight (cwt), which is very similar to year-ago levels.

“Higher sheep slaughter, only partly offset by lighter carcases, has lifted forecast mutton production to 213,000 tonnes cwt for 2018 – an increase of 13pc from 2017,” Mr Tolmie said.

“The unit value of Australian lamb exports for the year-to-July reached new record highs, at A$8/kg, and was mirrored in mutton, which climbed to A$5.88/kg for the same period,” Mr Tolmie said.

“The ramping up of sheep slaughter will no doubt see the flock decline,” Mr Brown said.

“The extent of the decline will depend on marking rates, but anecdotal evidence suggests these are not going to offer much support to the flock.

In its latest Agricultural Commodities quarterly report, the Federal government’s agricultural commodity forecaster, ABARES, predicts that sheep numbers will fall by 2.3m head by the end of 2018/19, following a 700,000 drop over the 2017/18 season.

Mr Brown said looking further down the track, there would be a contraction of sheep supply and possibly lamb supply.

“In recent months heavy sheep supplies haven’t seen low prices, but the discount to lamb has been large,” he said.

“It depends on where lamb prices end up, but mutton could get very expensive when it rains.”