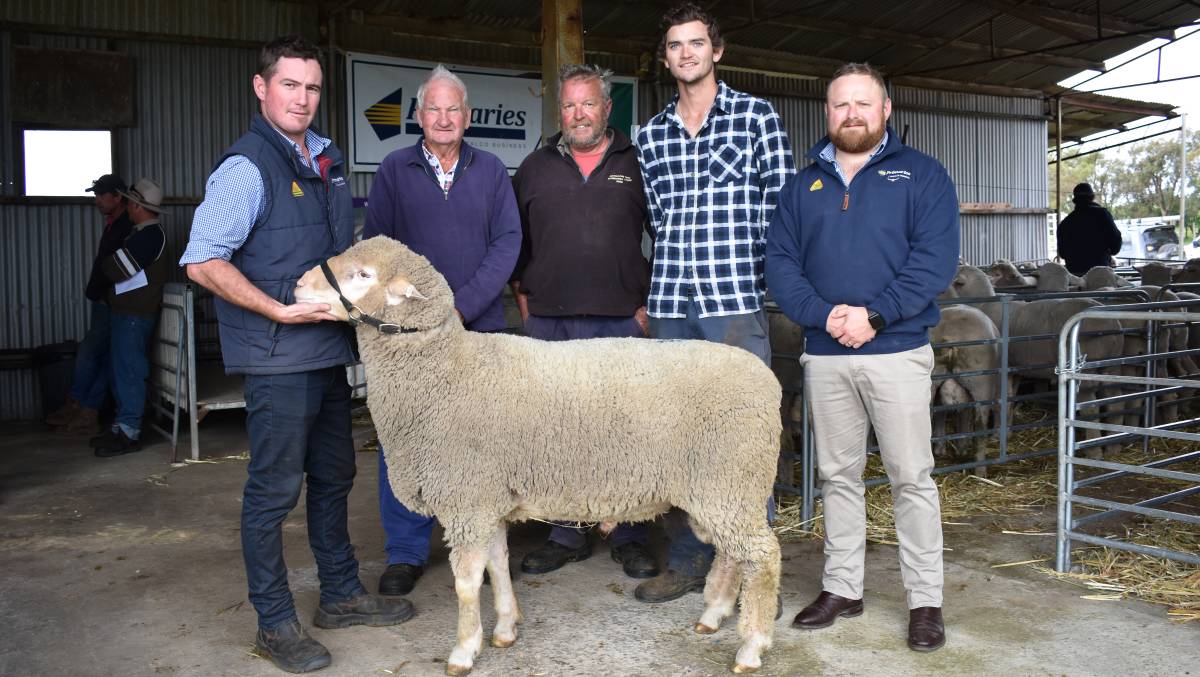 This year, a total of 1569 Dohne and Prime SAMM rams went under the hammer in WA with 1295 of those selling to achieve an overall clearance of 83 per cent.

Attention has been focused on the Merino space in recent months with record wool prices drawing many back to the woolgrowing game, but it seems WA sheep producers didn’t forget the other woolgrowing options provided by the Dohne and Prime SAMM stud breeders who have continually invested in quality genetics and improved their flocks.

This year, a total of 1569 Dohne and Prime SAMM rams went under the hammer in WA with 1295 of those selling to achieve an overall clearance of 83 per cent.

When compared to the results of the 2017 selling season, the overall gross across the two breeds was down slightly as was the clearance percentage, but the average price per ram was up by $46 making for a firm season result.

Dohne breeders in WA should be happy with the results of this year’s selling season, after posting the highest gross the breed has achieved since it’s introduction to the State.

This year 10 WA Dohne breeders collectively offered 1048 sires at auction with 881 heading to new homes at the fall of the hammer, representing a clearance of 84pc.

Top price honours went to the Longmuir family, Mollerin Rock Dohnes, Koorda, when they topped the year selling a ram for $5000, which bested last year’s top priced ram by $1000.

Average values were slightly up across all sales, with the Dohne breed collectively averaging $1431, up by $69 on the 2017 sale result.

This year’s average price was a continuation of the upwards trend in average prices seen during the past decade.

Looking at this year’s individual average results more closely, six of the 10 studs which offered Dohnes this year posted average increases, with Mollerin Rock also taking the gong for highest rise in average, seeing an increase of $719 on last year’s seasonally impacted sale.

The Noorla sale average was up by $362 and Glenlea’s was up by $177, representing the strongest average increases of the breed.

Moving onto the rams which attracted the most attention this year, there were a few of them at the annual on-property Mollerin Rock sale.

Under normal circumstances the ram would have been retained as a stud reserve, but Mr Parsons grabbed the opportunity to source outcross bloodlines for his stud.

“Dohnes are a dual purpose breed so that all-round good performance is what we are chasing.”

The second top-priced ram at the Mollerin Rock sale, which sold at $4800, also came in at the second top-priced Dohne ram sold at auction in WA this year, bought by Elders stud stock representative Michael O’Neill on behalf of an Eastern States client.

Having scanned Mollerin Rock Dohnes for the past 10 years, Mr O’Neill was familiar with the quality of the Longmuir family’s breeding program, with their stock frequently ranking in the top ASBV percentile bands, the second top-priced ram included, with a figure of 13.2 YCFW.

Other studs to see prices above last year’s top of $4000 were Kintail Park which sold a sire for $4300 and Chirniminup, selling one of its own for $4100 while Glenlea was close behind, reaching a top price of $3900.

The biggest Dohne sale of the year was held by Chirniminup, selling 187 sires from 204 offered, which also resulted in the strongest individual gross of $296,950, up slightly on last year’s result.

Four other studs offered and sold more than 100 Dohne rams with Far Valley, Kintail Park, Koobelup and Mollerin Rock among them.

Looking to clearances, nearly every Dohne sale this year saw more than 75pc of the catalogue cleared at auction, with Mollerin Rock the only stud to achieve a total clearance.

There were also records to be seen in the Prime SAMM selling space this year in WA, with an under the hammer top price State record achieved when the Sandown stud, Badgingarra, sold a sire for $9100.

Overall, the combined sale results for the breed were steady on last year, with the average price paid per Prime SAMM ram this year down by only $16.

All up, 521 Prime SAMMs were offered by seven studs with 414 clearing under the hammer to achieve a 79pc clearance.

This meant the offering was basically the same as last year, with just two more rams offered, though 53 less were sold.

In terms of individual sale averages, four studs bested the overall breed average, with the highest individual average achieved by Royston at $1410, followed by Tiarri ($1212), Sandown ($1192) and Shirlee Downs ($1181).

Three studs saw increases in average on the back of last year’s results, with Sandown posting the biggest increase of $193.

Ashbourne’s average of $971 was an increase of $42 on the 2017 sale and Shirlee Downs rams were also more expensive this year, their average up by $54.

When it came to the record setting top-priced Prime SAMM ram of the season, two stud breeders bidding against each other pushed the new top price to the $9100 mark.

After a bidding tousle, it was KD Genetics to emerge as the successful bidder, with Dave Medcalf, Badgingarra, in charge of the bidding.

Mr Medcalf said the ram would be going to the KD Genetics property at Cunderdin to use in its Prime SAMM stud.

“The quality of the sheep here at Sandown is fantastic, they produce some extremely good rams,” Mr Medcalf said at the sale.

The biggest Prime SAMM sale in WA this year was the Tiarri on-property sale featuring a joint offering of both Tiarri and Uralla stud prefix rams, totalling 179 head, the only stud to offer more than 100 rams of the breed.

When it comes to clearances however, Glenelg was the only stud to clear 100pc of its offering, when it offered and sold 40 rams to an average of $864.

Sandown came close with 99pc of its catalogue cleared, while both Ashbourne and Royston studs sold more than 80pc of their yardings under the auctioneer’s hammer.