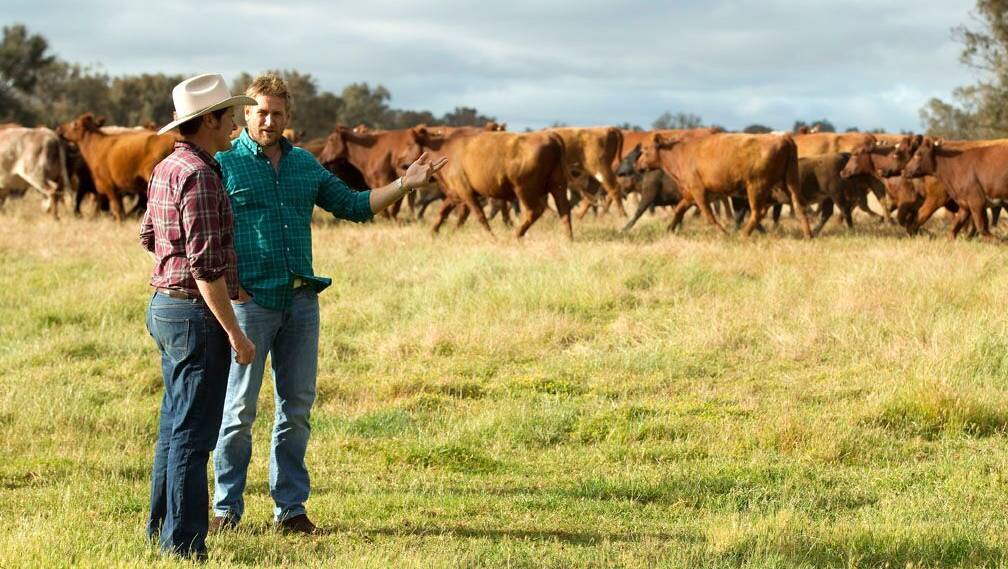 Curtis Stone will be back in Australia this month to help champion the Australian beef industry.

INTERNATIONALLY renowned Australian chef Curtis Stone will be back in Australia this month to help champion the Australian beef industry as he undertakes an epic road trip to film a new television series for a global audience.

Following on from his popular appearances at Beef Australia 2018 at Rockhampton, Queensland, in May, where his cooking demonstrations showcased secondary beef cuts, he has returned to film ‘Field Trip with Curtis Stone’ in WA.

Meat and Livestock Australia (MLA) has supported the trip by connecting Mr Stone and his team to local beef producers to demonstrate the quality of Australian beef and the on-farm stories behind its production.

“The domestic market remains the most valuable market for Australian beef, however, key consumer insights have shown that 41 per cent of consumers don’t know that beef bought in Australia is Australian,” Mr Yardy said.

“Consumers claim their most important purchase drivers are freshness, quality and Australian raised and it is these quality and provenance messages that Curtis will focus on.

“Two episodes of the new television series being filmed will focus on Australian beef from different regions within WA.

“The PBS network in the United States has bought the rights to the series, with plans to on-sell to networks in Australia, Asia and the United Kingdom.

“With about 70pc of all Australian beef exported, the importance of promoting our beef in export markets cannot be underestimated.

“In 2017-18, the US was our second biggest beef export market behind Japan.

“Curtis has a strong following in many countries and is seen as a trusted voice for the quality and integrity of Australian beef.

“Alongside filming the television series, Curtis will also create three recipes celebrating the ease and versatility of Australian beef.

“He will help tell the provenance story behind the Australian beef industry, while inspiring Australians to cook with beef as we move into summer and continue the Australian Beef. The Greatest campaign.”

One of those producers Mr Stone visited was Stuart McCormack, who runs 850 Poll Shorthorn breeders an hour south of Perth at Pinjarra to produce offspring sold under contract to WA-based Harvey Beef for domestic and export markets.

“I have a vested interest in the Australian beef industry as it’s my family’s business and my passion,” Mr McCormack said.

“Any chance I have to tell our story and showcase what I think is the best beef in the world I’ll take.”

“The whole crew loved the fact our cattle were grazing amazing pastures with access to fresh water and were handled gently,” he said.

“Curtis was keen to learn more about how this linked to consistency of quality in the end product and said welfare, sustainability and quality and consistency were all desired by the restaurant industry,” he said.

“Anything that promotes a positive outlook for Australian beef is an opportunity worth taking.”

The trip by Mr Stone and his team through WA will also inspire a new Australian-led menu for his flagship restaurant, Maude, in Los Angeles.

With his brother Luke, he also operates a European-style butcher shop and fine-dining restaurant, Gwen, in Hollywood.