Live export industry continued to improve its performance throughout 2017. 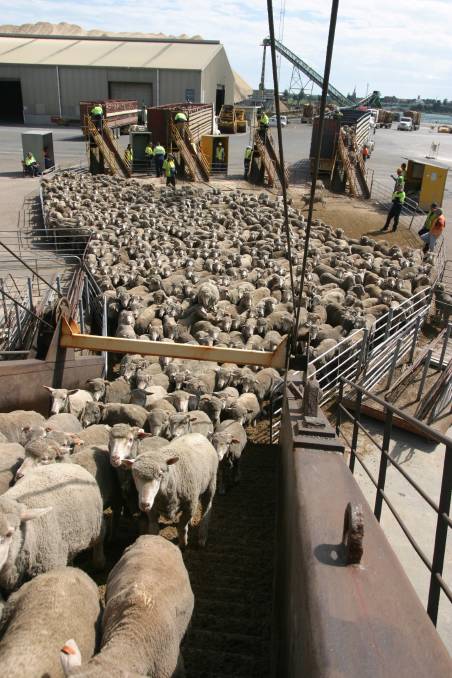 A report into the live export industry highlighted reductions in mortality rates for both sheep and cattle last year.

THE live export industry continued to improve its performance throughout 2017 with a new record low mortality level for cattle and a 11 per cent fall in sheep mortalities.

The figures were released in the comprehensive National Livestock Export Industry Sheep, Cattle and Goat Transport Performance Report 2017, which was prepared by The Department of Primary Industries and Regional Development (DPIRD) and published by Meat and Livestock Australia in October 2018.

The summary report provides the only comprehensive breakdown by species, time of year, ships, load ports and major destinations over the calendar year, along with summary analyses of trends over time.

The report revealed that the overall mortality rate for cattle during sea transport to all destinations during 2017 was 0.10pc (867 mortalities in 857,765 cattle exported), which was a 24pc fall compared to the mortality rate of 0.13pc observed in 2016, and “represents a new record low,” according to report author Greg J Norman of DPIRD.

The report also highlights that “the overall mortality rate for sheep during sea transport to all destinations during 2017 was 0.71pc (13,183 mortalities in 1.85 million sheep exported)” – which was “an 11pc fall compared to the mortality rate of 0.80pc observed in 2016”.

While there was an argument that mortality rate levels did not adequately represent the animal welfare issues experienced on board the vessels in transit and when offloading, the figures showed that if it wasn’t for the “isolated incident” (of the Awassi Express, as former Nationals leader Barnaby Joyce pointed out) which cast the spotlight on the industry, the industry would be improving itself.

The conclusion is that if the numbers of mortalities were dropping then something must have changed in the practice of exporters and with on-board stockmen in order to achieve that improvement, because the vessels being used were still the same – although improvements have also been made.

With greater standards for exporters and vessel requirements for the future it is likely the situation will improve further.

This flies in the face of all the activist and political rhetoric surrounding the live export industry in the past eight months.

With the recent three-month moratorium put in place by Australian Live Exporters’ Council during the northern summer months the industry would have removed a high risk of heat stress related mortality events.

During its conclusion the report said the Heat Stress Risk Assessment (HSRA) model was said to have had some impact since its implementation, in “a meaningful reduction in livestock mortality rates during export by sea”.

“The introduction of the Australian Standards for the Export of Livestock (ASEL), improvements in vessels and changes to the types of livestock exported are all likely to have played a part,” the report said.

“Livestock mortality rates for cattle and sheep have consistently remained below 1pc and 2pc, respectively, for over 10 years.

“Industry research has also identified that heat stress is not the primary cause of mortality in livestock exported to the Middle East.

“However, heat stress remains an animal welfare risk and HSRA continues to be a tool in its management.”

The report warned that as the Islamic calendar tracked forward from September by approximately 11 days each year, into the June-September months, along with the requirement for suitable numbers and classes of sheep, there was the possibility that “overall mortalities will rise significantly” if that trade had continued to meet the Islamic festival period.

While the report said that “the trend for numbers of sheep exported and annual mortality continues downward” with 1.78 million sheep exported in 2016, as “the lowest number exported since records began in 1985” the figures were up last year by 2.7pc to 1,887,412 head in 2017.

WA saw 1.59 million sheep exported out of Fremantle last year with a 64.4pc rise in adult ewes put on boats.

All wether and ram types saw a reduction in numbers.

The main importing countries of sheep were Qatar (33pc of all exports), followed by Kuwait (32pc) and Turkey (11pc) which re-entered the market after a four-year hiatus, taking 198,303 head.

During 2017 air transport accounted for 2.23pc of live sheep exports..

“Air transport of live sheep comprises a mix of breeding and slaughter types.

Perth saw the largest number of air freighted sheep exports at 47.5pc, while Adelaide saw 42.5pc and Sydney and Melbourne airports accounted for the remainder.

During 2017 air transport accounted for 1.07pc of live cattle exports at 9261 head and was almost exclusively confined to breeding types.