The order will be the second time Landmark has undertaken to meet demand from Russian importer Miratorg. 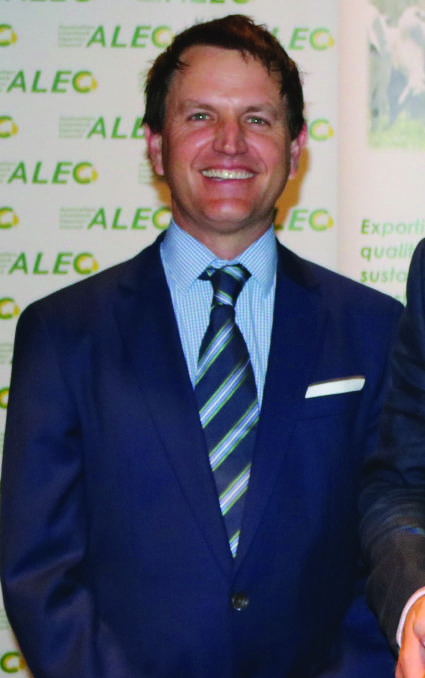 Russian importer Miratorg continued to grow and had made a substantial contribution to WA producers over the past eight years.

LANDMARK International is finalising an order for Dorper sheep to be exported to Russia, with a proposed delivery in January.

The order will be the second time Landmark has undertaken to meet the demand from Russian importer Miratorg, by sourcing the specific breed from Australian producers.

This time it will be seeking about 12,500 commercial Dorper ewes, both black and white, with the preference for black ewes.

Landmark International general manager Andy Ingle said the shipment would take place in January because the timing mainly related to the availability of the right specification of animals, as well as the heat stress restrictions for shipping Bos Taurus cattle from May-October.

Landmark successfully delivered its first “large scale” shipment in March 2018, with more than 12,000 head from WA sent to the Kursk region in Russia to be part of Miratorg’s expanding breeding program.

Originally Miratorg was said to have wanted about 30,000 head of Dorpers, of which the first consignment in January this year carried just over half.

Landmark International had been in discussions with Miratorg for two years prior to the first shipment and the success of the voyage appears to have created another opportunity for WA Dorper breeders.

Landmark followed on from the voyage with 17,099 head of Angus cattle to Russia in April.

The growing demand for sheep meat in Russia, and its markets in the Middle East and Asia, has led to Miratorg developing its genetics program to meet market demand.

According to news reports the company is undergoing a $450 million investment in the sheep meat industry in Russia to meet that demand.

Mr Ingle said the “relationship with Miratorg continues to grow and Landmark plus Australian producers are grateful for the opportunities Miratorg has provided since 2010 in the purchase of quality Australian Angus heifers, steers, bulls, and now breeding sheep”.

“They are a significant scale agricultural business and contributed to the southern Australian livestock industry and producers substantially over the past eight years,” he said.

The company wanted Dorpers because of the breed’s ability to cope with the climatic conditions, it has a rapid growth rate and does not need to be shorn.

Dorper Society of Australia president Tim Stevenson, Kojonup, said it was a great opportunity for breeders to have another player in the market, although Landmark may have to go to the Eastern States again to fill some of the order.

Mr Stevenson said the prices on offer this time were in line with local slaughter prices and “aren’t that exciting”, but this may be due to the costs associated with live export under the new requirements such as an independent observer on board, reduced stocking density of 17.5 per cent and the lower reportable mortality rate level of 1pc.

Mr Ingle confirmed that Landmark would “likely require some sheep from the Eastern States as per our previous shipment” and they would have more stockmen on hand for the voyage to ensure a good animal welfare outcome.

“The company was comfortable under the new regulations and the sheep will receive at least an additional 17.5pc space than previous requirements,” Mr Ingle said.

“We have a number of additional stockmen accompanying the voyage and will be closely monitoring the health and welfare of the sheep throughout.”

Landmark International has been involved in the live export market for 175 years and has exported hundreds of thousands of feeder and slaughter cattle to markets all around the world.