"There’s over 300 elements to the agriculture industry to cover." 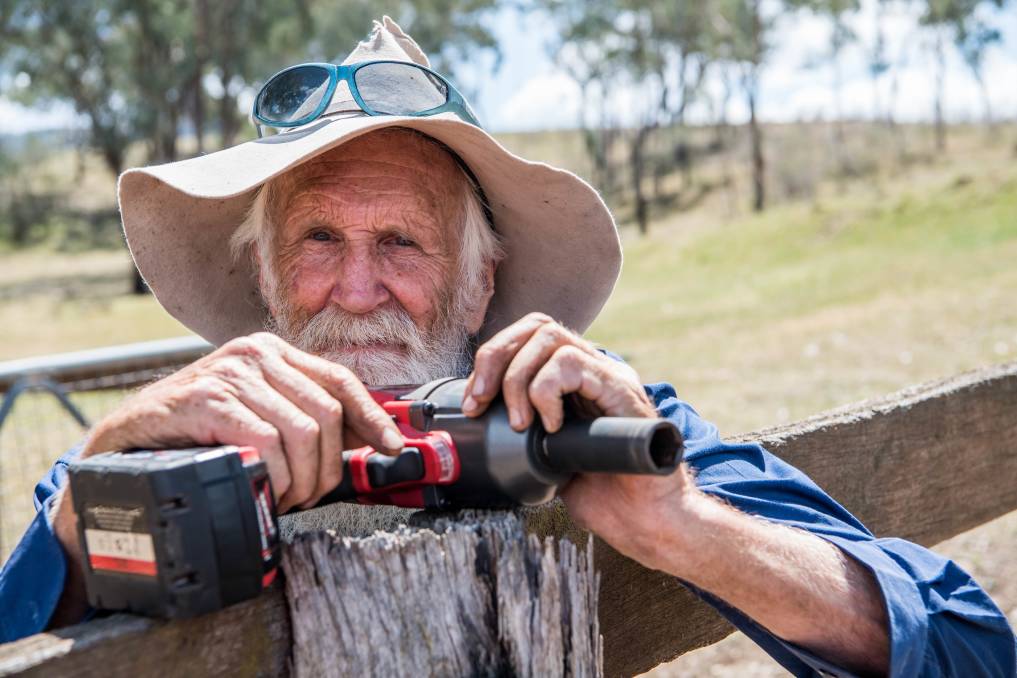 An author who's winning the war on bridging the country-city divide is shining a light on local producers in her latest book. She shares her story - and that of hundreds of others - with journalist Ella Smith.

ALICE Mabin is spearheading a page-turning campaign on the role of the Australian agricultural industry.

The Kiwi-born author and photographer has never shied away from a challenge.

She grew up on a 74,000-acre sheep and cattle station in New Zealand, spent three months in a coma at the age of 15, hitch-hiked around Australia for 18 months and has been hit by a truck.

In her own words, “she didn’t come down in the last shower”.

After she was hit by a truck, Ms Mabin decided to write her second book, The Driver, hitch-hiking around the country for 18 months with the aim to positively bridge the gap of knowledge and understanding in agriculture and transport – two industries integral to everyday life.

Ms Mabin was then contacted by agricultural company, Landmark, to produce a third book, The Grower, profiling all types of farmers and producers across all corners of the country.

“They said they want this to be for the greater good,” Ms Mabin said.

And so began the journey in June this year, that has since taken her to every state – from a tulip farm to a fish farm; cattle stations in Northern Territory to the wheat belt of Western Australia.

“To give you an idea, there’s over 300 elements to the agriculture industry to cover,” Ms Mabin said.

“For me, the diversity of the Australian agricultural industry is amazing and unreal.

“I don’t think there’s any other country quite like it.

“But what’s even more amazing is the diversity across the different cultures and the different ethnicities of people, which is just fascinating.

“I’ve met people who were boat people 30 years ago and they’ve now got their 200 acres of land and got a giant strawberry farm and they employ a couple of hundred people.

“Doing this is a really good way to show the truth and the positivity of what we do to try and rebut against (the activists) of the world.”

When Fairfax Media sat down with Ms Mabin at her halfway point in Tamworth this month, she said The Growers aims to educate everyone about the positive side to agriculture in the face of negative media.

“I look at what’s going on, with the likes of activists, and negative news just gets blown out of proportion really quickly, to the point that farmers have just shut their gates.

“They don’t want to let anyone in. The pig and poultry industry get the hardest of time of all.

“But if I was going to be a chook, I’d be a caged chook now that I understand the industry.”

And she says that after visiting local egg-producer Bede Burke’s operation just outside of Tamworth.

Among the other New England North West locals featured in The Growers include Russell Webb’s lamb feedlot outside Tamworth, the Arnott family at Currabubula, Nundle’s Maguire family, Gunnedah’s Gunnible Pastoral Company, the Spencers at Barraba, who run Ironbark Herefords, and a Narrabri cotton producer.

Ms Mabin shares their amazing stories with photographs and footage to match.

If you’re not convinced, she once spelled out a property’s name in grain, let 3000 sheep out and captured it on her drone.

“It becomes a tourism book as well,” Ms Mabin said of The Growers.

“It’s an Australian brochure. Nothing like this has ever been done in the world.

“No country has ever stopped and artistically documented what their agriculture industry means to their own country, let alone the rest of the world.

“(The ag industry) plays a huge role in Australia.

“Ag is more than just about a career path.

“It’s people’s livelihoods and their ability to educate their children.

“The innovation you see out there, their tenacity and drive to keep going when they’ve had so much hardship is unreal.”

Ms Mabin is trying to tick off two or three properties per day around this country to buy more time for when she heads up north after the wet season.

“Some weeks I’ll see 30 properties - sunrise, sunset, middle of the day,” she said.

“What I do is not about me. I think I’ve found a way to tell other people’s stories in a really creative, artistic and honest way that people like to hear.

“My story is just all the bits and pieces of what I take from other people, the stories that they tell me and my journey with them.

“That’s the cool thing about this. I’m not really the author of this book - I’m just the curator.

“Everybody in the book is the author because they’re the ones who have given me the content.”

Ms Mabin said the book, pitched at “everyone and anyone”, doubles as an educational piece.

“What I did with the transport book, The Driver, it’s put together in such a way that every story relates back to you as the general public, whether you think you’ve got a connection with the transport industry or not,” she said.

“There’s a story in that book that talks about how many trucks are involved in the making of a bar of Cadbury chocolate, to the process of carting wool.

“It’s educational across all levels, but a bit of a fun.

“It’s the same with this one.”

The Growers will go to print on June 1 next year, but like any farmer knows, “the only reason that might be delayed is, if the wet season goes too long”.

This story No country like ours: author shines light on country’s growers | Gallery first appeared on The Inverell Times.

The story No country like ours: author shines light on country’s growers | Gallery first appeared on Farm Online.