The reputation for world class genetics at Bonnydale continues to draw buyers to the sale each year and this year, as with every year, the Elders team fielded bid after bid for well-bred young Black Simmental and SimAngus bulls.

WITH a change of venue, the Bonnydale bulls had plenty of space to stretch out in the holding pens at the stud’s annual on-property sale at Bridgetown on Monday, but it was standing room only for the crowd of buyers and spectators.

The reputation for world class genetics at Bonnydale continues to draw buyers to the sale each year and this year, as with every year, the Elders team fielded bid after bid for well-bred young Black Simmental and SimAngus bulls.

It was an even catalogue of yearling bulls across both breeds which was reflected by strong demand throughout the sale and despite the absence of drought-affected Eastern States clients, buyers pushed prices to a top of $14,500 and an overall average of $7892.

When looked at through the lens of the current cattle and bull markets, it was a fantastic result for the stud despite being back by $805 on the 2018 record sale average of $8697.

“The catalogue was so even, there were bulls to choose from right the way through,” Mr Preston said.

“There was tremendous support from Walpole to Mingenew, which shows that Bonnydale genetics work wherever you take them. The change of venue came with a welcome opportunity to walk among the bulls for inspection pre-sale.

“The Introvigne family has invested heavily in genetics and DNA testing which ensures buyers get exactly what they need out of their bulls and I think that’s one of the big reasons why people continue to return each year to buy at Bonnydale.”

At the top end of the catalogue Lesley McDonald, Karridale, who attended the sale with former Elders stock agent Brian Bowden, was the successful bidder on both the $14,500 top-priced Black Simmental and the $11,250 top-priced SimAngus.

Lesley and Ray McDonald have been buying from Bonnydale for many years.

“We are baby beef producers so we’re after bulls which will get a good calf on the ground and grow well,” Ms McDonald said.

Of her sale top-priced selections, Ms McDonald said she liked just about everything about them.

“They’ve got softness, length, growth and yield,” she said. 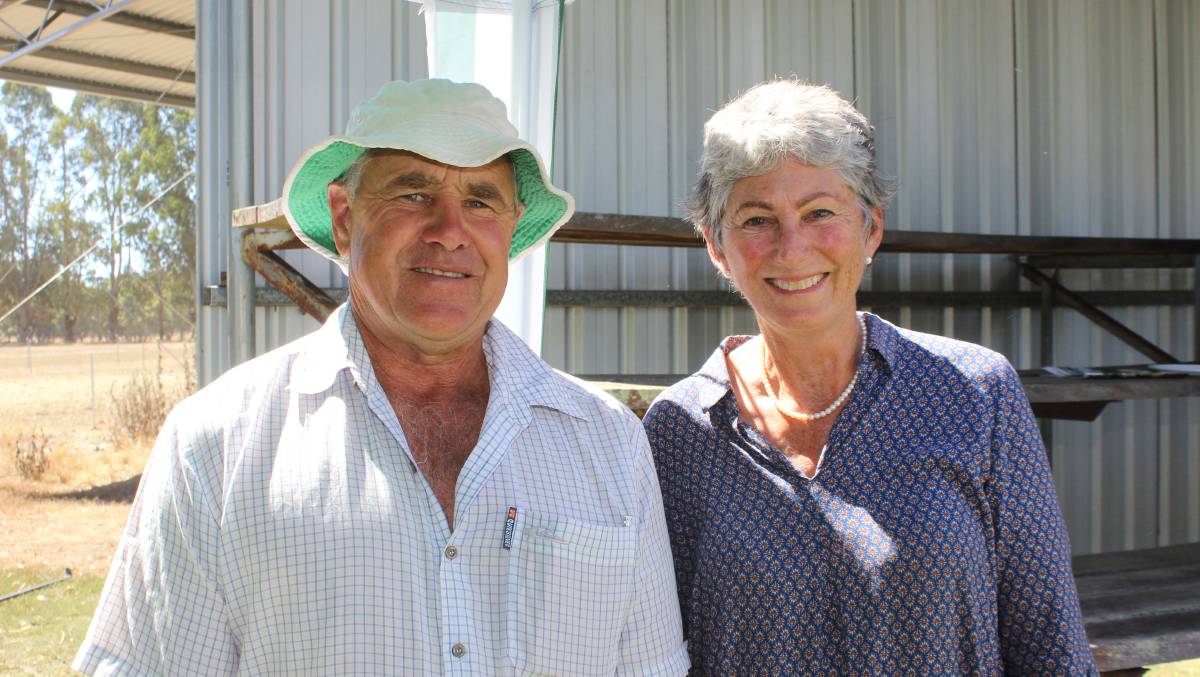 Ian Broad, Broad Farming, Mingenew and Lyn Glasfurd, Dandaragan, made the trip to Bridgetown on Monday to get their hands on a few Bonnydale bulls.

The $14,500 top-priced bull in lot three certainly had all of those things, weighing in at 654kg on sale day.

Its blood breakdown was 7/8 Black Simmental and 1/8 Angus, sired by WLE Last Call Y716 and out of a Bonnydale SA Annabelle female.

It also had impressive EPD figures including a top 2pc ranking for milk and MWW at +31.4 and +69.5 respectively. It ranked in the top 4pc for calving ease, top 5pc for docility, top 10pc for mature calving ease and top 20pc for WW and YW.

When it came to the volume buying stakes the action came from across the State with buyers from Mingenew, Dongara, Bridgetown and Manjimup making their presences felt during the bidding.

It was his first time buying from Bonnydale, with Mr Broad saying he was happy with the five even bulls he was able to buy.

“We were looking for something different to put over our Angus cows,” Mr Broad said.

“I think we’ll really get some results out of these yearling Black Simmental bulls which were good value given the quality in the catalogue.”

Tebco Fishing, Dongara, made sure a few more Bonnydale bulls went north, with four written into its books for an average of $6625.

Some long-term local buyers also bought a few including Rodney Wilson, Yornup Holdings, Yornup, who returned to the sale to tally up four at an average of $7312, including a top of $10,750 paid for a Black Simmental with raw data including P8 7mm, rib 7mm, EMA 111cm2 and IMF 3.9pc.

It was a very quiet bull, ranking in the top 2pc for docility at +16.7, backed up with EPDs in the top 10pc for milk and MWW.

Another good judge was return buyer Jarnadup Investments, Manjimup, which averaged $9562 across four bulls, including a top-price of $11,250 for an early-March 2018 born Black Simmental with excellent figures.

It had EPDs ranking in the top 2pc for carcase weight and YG, in the top 4pc for MWW, the top 5pc for YW, the top 10pc for WW and docility and the top 15pc for milk.

“It’s all positive because our local clients have been able to buy bulls without having to push their budgets.

“We were really happy with the catalogue we were able to present – it was very even and that’s what we’re aiming to present at each sale.”

Mr Introvigne said the Bonnydale team continued to invest in genetics which would push through to the quality buyers saw on sale day.

“We really appreciate the support of our buyers new and old and we look forward to working with all of them in the future,” he said.

Mr Introvigne also paid tribute to the late Elders Donnybrook representative Bill Kessel who had played a large role in helping the Introvigne family’s business over many years.