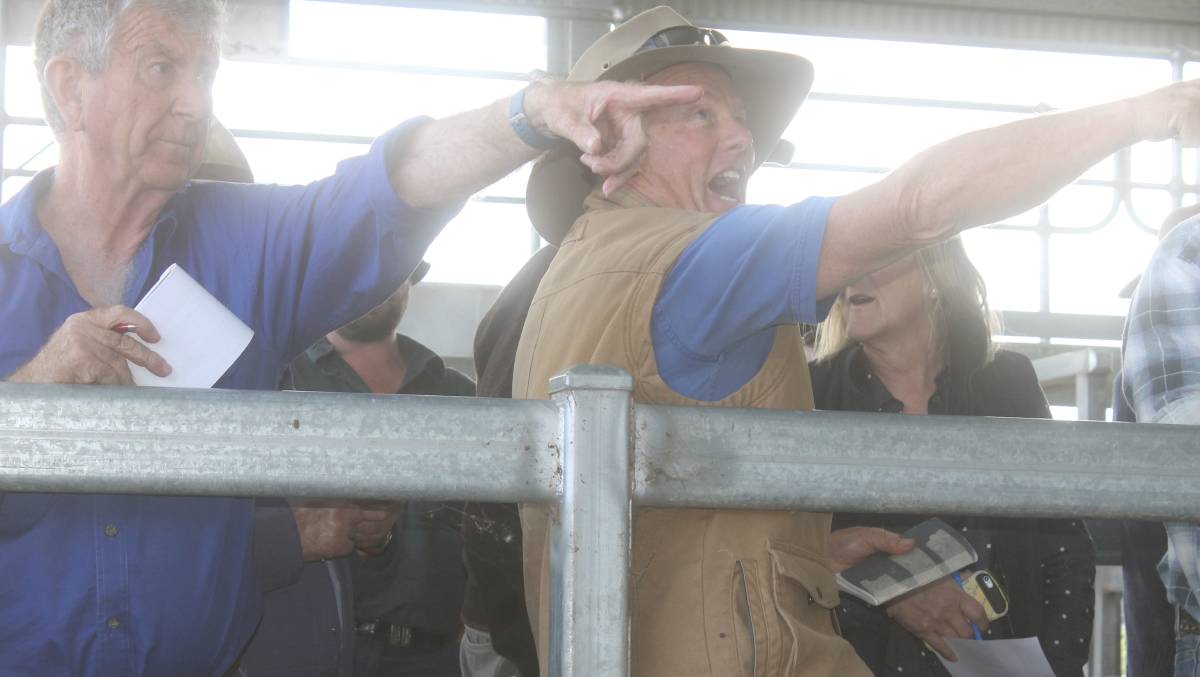 The Tasmanian series of beef weaner sales kicked off strongly at the Powranna livestock market complex on Thursday.

Offering a smaller than usually penning of 1910, steer prices across the board ranged mostly from 325 to 365c/kg live weight while the demand for heifers averaged 265c/kg.

The market, which was conducted by Roberts Limited, bought forward an excellent display of quality bred late winter//spring-drop weaners in freshness condition following an average to above average season.

Roberts Limited auctioneer Warren Johnston said a general fall of 50 millimeters of rain, and 100 to 175 mm along the northeast coast two weeks ago, saw plenty of volume buyers engage the market.

Although wanting another follow up he said the early break has seen the usual local grass-finishers and feedlot backgrounders wanting cattle, with good competition offered across all of the main breeders lines.

Mr Johnson said a lot of heavier weighted calves achieved sales of $1000-plus per head. "This was a good return for our vendors but they were still very buy-able on the forward projections being offered by the local feedlot and the state two main processors" he said.

On the light end of the market, which was priced $100 to $150 a head above comparable mainland prices Mr Johnston said it was the first time on many years that no mainland interest was expressed in attending the sale.

"Normally we would get some mainland interest", he said. "We've got no control with what's occurring with the mainland season but with six to eight weeks of selling to come in Tasmania anything and everything is likely if follow-up falls are not received he said.

A MLA report of the market said many of the main lines were forwarded from the North, Northeast, East Coast and the far South areas, and weights offered were 10- 20 kg heavier than last year.

Buying strength it said saw most cattle bought trucked to the Northwest coast, Northern Midlands and the Northeast, with a few head South.

MLA said the some heavier heifers made to a best of $1190 a head with some of these purchased as future breeders.