Work is set to begin on the construction of the Merredin Solar Farm, with a ground breaking ceremony last Friday marking the start of the project. The solar f... 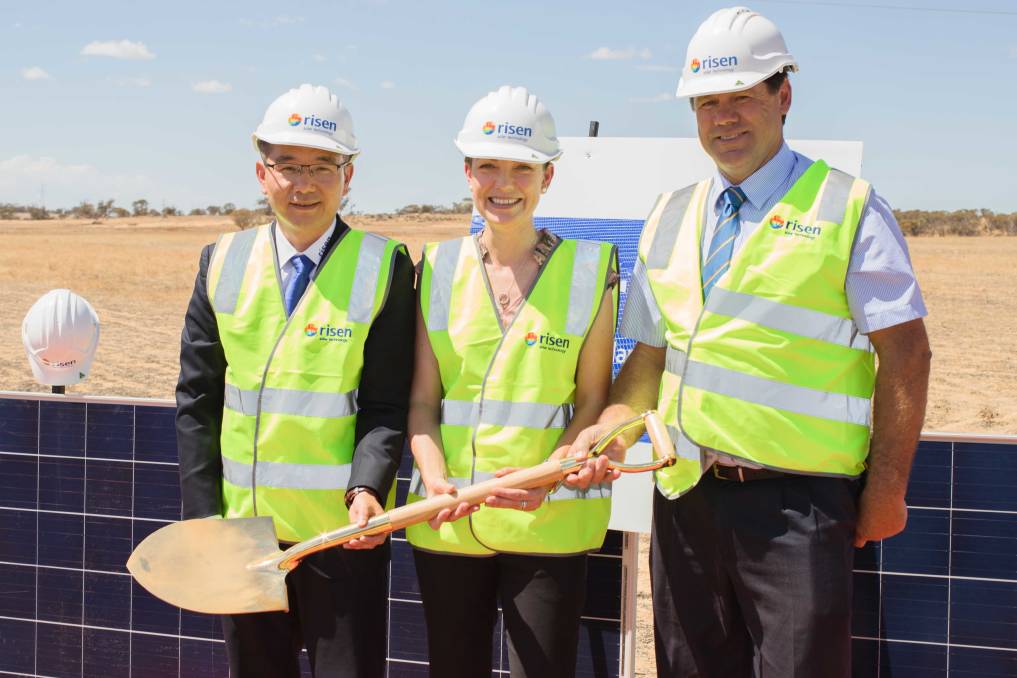 Work is set to begin on the construction of the Merredin Solar Farm, with a ground breaking ceremony last Friday marking the start of the project.

The solar farm, developed by Risen Energy (Australia) will see the site developed adjacent to the Western Power Merredin terminal, and once completed will power 42,000 homes in Wheatbelt and South West.

The initial construction will see bulk earthworks take place to prepare the site for the installation of the 360,000 solar panels.

Mr Lee said the farm plans to employ local contractors, use local labour equipment and accommodation throughout the construction of the project.

He said more than 200 jobs will be created during the construction of the solar farm.

Once complete up to five full time workers will be employed to maintain the installation.

The facility has a projected life of 30 years and once at the end of its operating life all physical infrastructure will be removed and the land returned to its former agricultural use.