IT was Primaries' most attended clearing sale of the year with 198 registered buyers making their way out to Gutha recently as the temperature hit 38 degrees.

IT was Primaries' most attended clearing sale of the year with 198 registered buyers making their way out to Gutha recently as the temperature hit 38 degrees.

The sale, which included 380 items for the day, was an all-must-go situation with only six lots passed in.

The day was set up by Kats Rural, Morawa, on behalf of the Brown family, who couldn't attend on the day.

Primaries representative Greg Tilbrook commended Kats Rural on the effort that had gone into making the sale day a success. 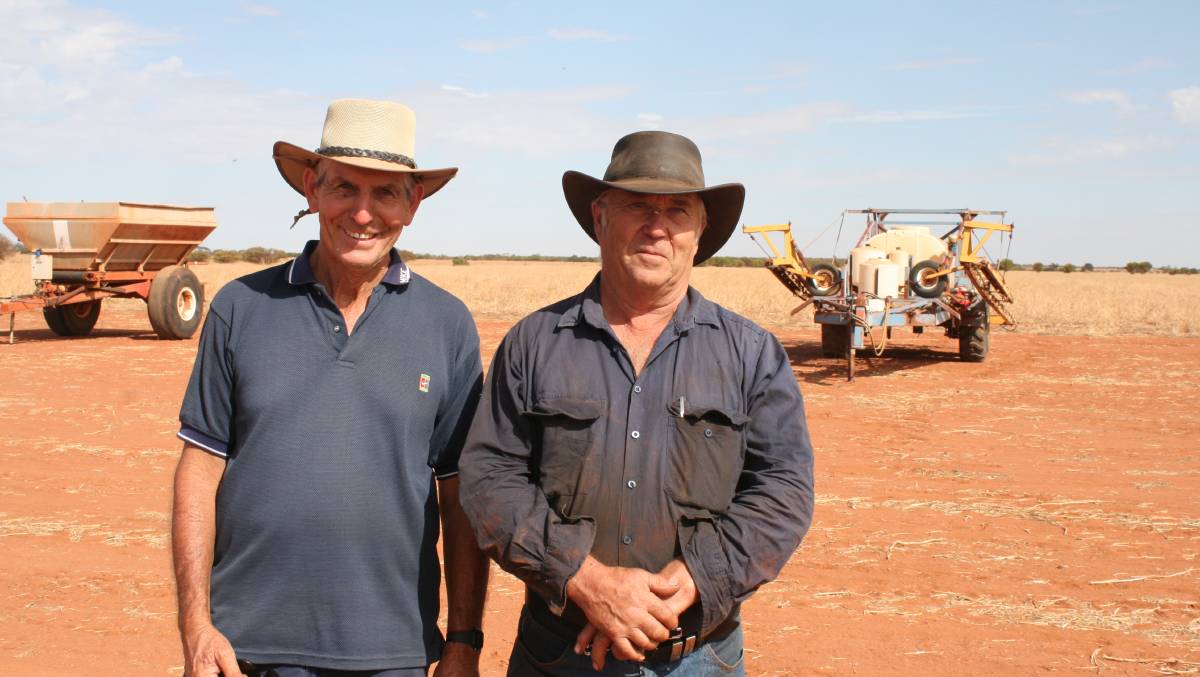 Geoff Manning (left), Serpentine and Graham Deacon, Serpentine, made the trip to Gutha to look at the hay equipment. Unfortunately neither of them went home with the items.

Another tractor, a vintage Fordson Power Major, was knocked down at $1600.

A 30 metre Sonic boomsprayer sold for $4600, while a Norrish Spreadmor seven tonne multispreader sold for $5200.

A Scania 143h prime mover with two new diffs and a recently blown hose under the engine, sold for $2000.

Two International Acco trucks, one without a storage bin and one including a storage bin, sold for $450 and $500 retrospectively.

A tri-axle tipping trailer sold for $8200, while another trailer in good condition made $2400. There were two silos, with unknown grain included, which sold for $500 and $820.

There were some great Toyota LandCruisers for sale. 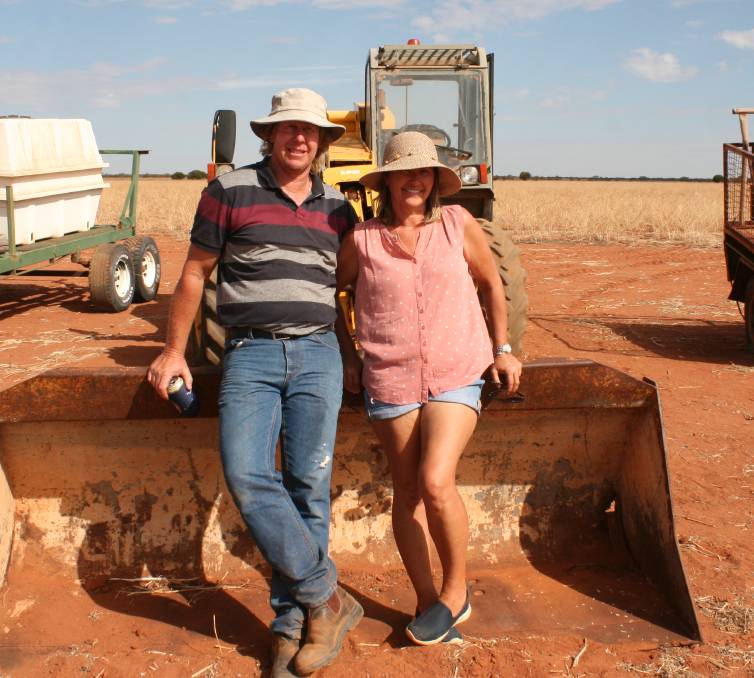 Greg Cole (left) and his wife Linda made the trip to Gutha from Dongara. They had a rest on this loader bucket, which neared the end of the sale. The JCB telehandler and bucket sold with the trailer on the right for $7000.

Another 80 series silver Toyota LandCruiser made $1000 and an older yellow HJ75 ute Toyota Landcruiser sold for $2000.

The bargain of the day was an older Ford Courier ute - which started up without a hassle but was unlicensed - which sold for $150.

There was a great deal of sheep and cattle equipment on offer with two sheep feeders selling for $1700 and $1900.

A shearing cradle sold for $2000 while a Commander Ag-quip cattle crush sold for the same price at $2000.

Being in a marginal area, water is an important commodity.

For sale was a solar pump trailer with four large solar panels which sold for $3000.

Everything was up for sale with two Flexi-N tanks put into the line up of the sale.

Two large sea containers each sold for $1500 each while a cool room and assorted butchering items made $4300.

There was an unusual item in the sale with three lots of bee keeping equipment available.

A one tonne pallet of bee keeper frames and hives sold for $1000 while another lot of bee hives made $320.

More bee keeper frames and hives, this time smaller in number, sold for $300.

Seven drums of pickled wheat was also available and sold for $120 while three drums of oats made $110.

The sundries, which included house hold items, was a large part of the sale with some great bargains.

A drill press sold for $320 while and older compressor and spray gun made $300.

Three shearing heads made between $140 and $220 with shearing combs and cutters selling for $500.