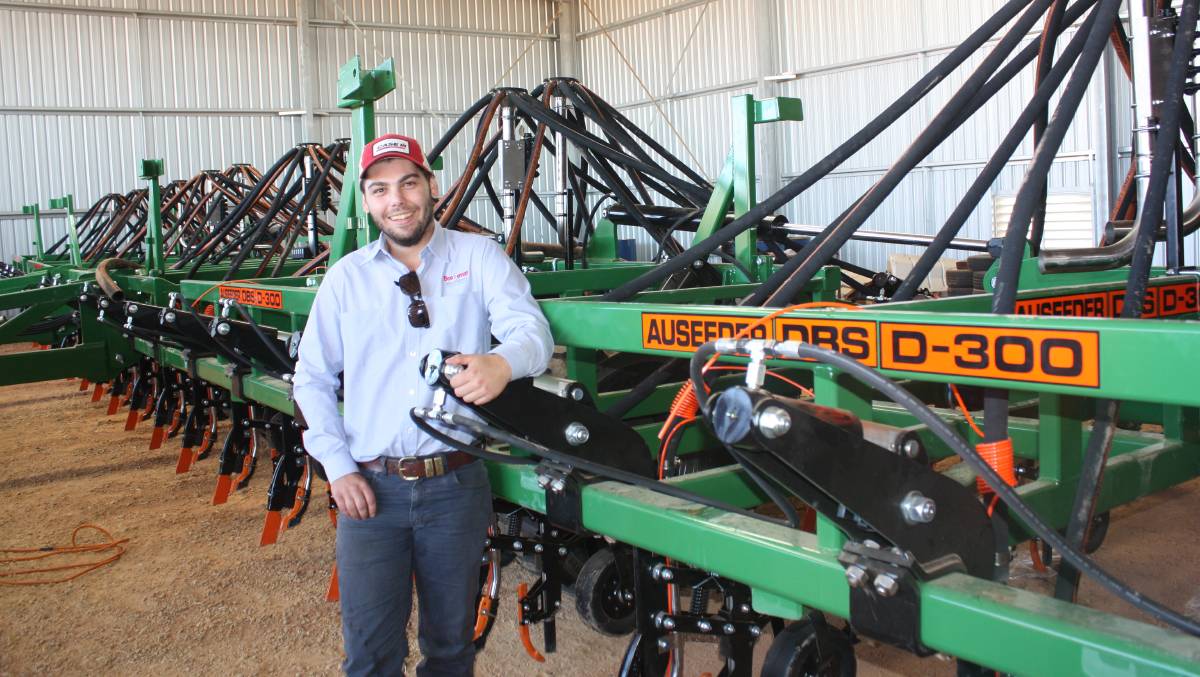 Boekeman Machinery Dalwallinu's new salesman Lyndon Zetovic has made a classic paradigm shift from being a dairy farmer to selling machinery. He has an interesting tale to tell.

FROM a dairy farm in Nowra, New South Wales, to a machinery dealership in Dalwallinu.

Not a bad paradigm shift if you've declared your "over it" with dairying.

That was the honest exclamation new Boekeman Machinery Dalwallinu salesman Lyndon Zetovic made to his parents last year after enduring 1am starts and being enticed to the west by an online advertisement placed by Boekeman Machinery.

According to Lyndon the 4000-head dairy produced 70,000 litres of milk a day which kept everybody on the farm on their toes.

"During last year's drought we were feeding out 156 large square bales of hay a day, sourced from Victoria and South Australia," Lyndon said.

"It was particularly bad during the winter months when we had no pasture feed."

The farm also boasted a front wheel-assist Case IH 280 Magnum tractor so Lyndon had a bit of red blood in him before starting his new job.

Another paradigm shift was switching football codes from rugby league to Aussie Rules.

"I was a Sydney Roosters supporter but now I've joined the Dalwallinu Bulldogs," he said.

"I've been training twice a week and whatever team I'm chosen for I'll probably play on the wing.

"I really like Dalwallinu, it's a very community-minded town."

Assessing his new role, Lyndon is upbeat as he fields positive inquiry.