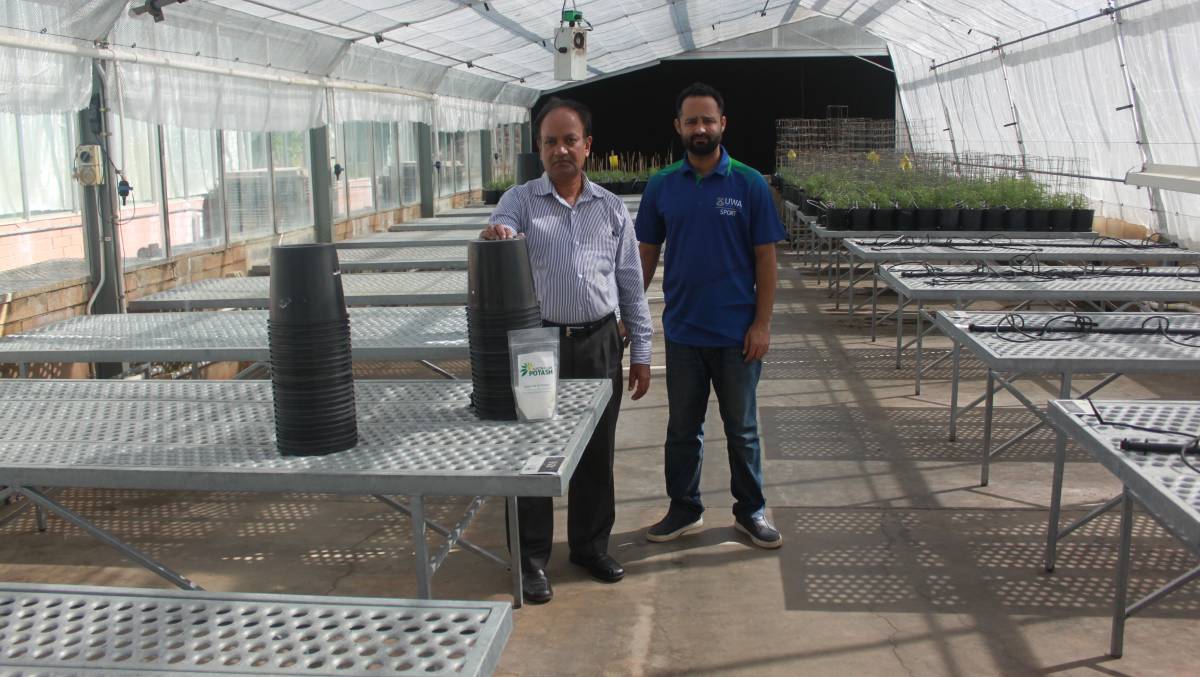 About one and half tonnes of various soil types collected from farms at Bolgart, Kojonup, Southern Cross, Yuna and Grass Patch are being prepared at the University of Western (UWA) Australia's Institute of Agriculture for the trials.

Over the next two years UWA researchers will compare the responses of canola and wheat to local SoP, which has the lowest salt index of any potassium fertiliser, and widely used MoP, which has a higher salt index but significant price advantage over imported SoP.

They will also compare leachability and seeding safety of the fertilisers.

The greenhouse trials of SoP and MoP will be benchmarked against fertiliser-free wheat and canola plots as controls.

As previously reported in Farm Weekly, fledgling fertiliser producer Australian Potash Ltd - identified as APC on Australian Securities Exchange (ASX) listings - has supplied samples of its K-Brite SoP fertiliser product, for which a trademark is pending, for the glasshouse trials.

APC believes the UWA trials will add scientific rigour to field trials being conducted over the next two cropping seasons on the five farms supplying the soil for the glasshouse trials.

It has also provided its K-Brite SoP fertiliser to the WA No-Tillage Farmers Association (WANTFA) members who own the farms to trial over a variety of crops against the MoP fertiliser they normally use.

Launched in March, the glasshouse and field trials are a research collaboration between WANTFA, UWA and APC.

Dr Solaiman said leaching of SoP compared to MoP and SoP's effect on seed germination and canola seedlings establishment would also be examined.

"Soil preparation for glasshouse experiments are progressing and are according to schedule," Dr Solaiman said.

APC produced its K-Brite SoP fertiliser samples at a Cannington laboratory at the start of the year from potassium salts harvested from trial solar evaporation concentrator and crystalisation ponds filled with brine pumped from ancient palaeochannels (riverbeds) beneath Lake Wells, a remote salt lake 200 kilometres north east of Laverton.

It hopes to complete a definitive feasibility study on its SoP project in the second half of the year and begin commercial production of K-Brite in the first half of next year.

The company is proposing to produce 150,000 tonnes per annum of "premium-priced" fertiliser in stage one of its project - years one to five - then ramp up to 300,000tpa for years six to 20.

In published information for potential investors, APC has based projected cash flows on a bulk price of $795 per tonne for its K-Brite SoP.