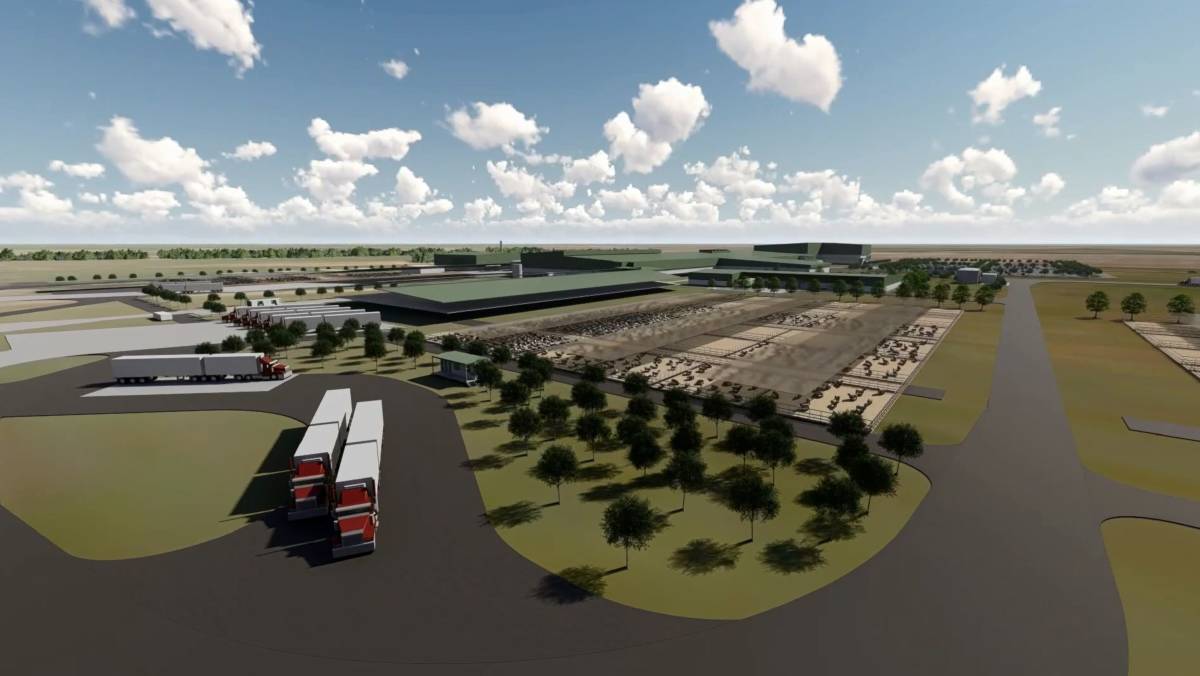 SA meat processor Thomas Foods International could be processing beef at its new Murray Bridge abattoir as early as November next year, with sheep, lamb and goats to follow.

The family-owned company today revealed its plans to build a "world class" multi-species processing on a greenfield site, 10 kilometres from the town on the Mannum Road.

The site is 8km from the company's flagship plant which was severely damaged by fire in early January 2018.

TFI chief executive officer Darren Thomas says the fire was a major disruption to the business and the lives of many people, but has also delivered a "wonderful opportunity" to build the most advanced livestock abattoir in Australia, and possibly the world.

"All the advances from blockchain technology to electronic ID and all the advances in meat science are things we have taken into consideration in the last 12 to 16 months as we have been planning this," he said.

Mr Thomas said TFI's priority was to get its cattle processing up and running with their beef orders presently being processed interstate at O'Connors at Pakenham, Vic, but only half the previous numbers.

"Our beef production has been pared back most by the fire, by double shifting Lobethal and increasing numbers across Lobethal and Tamworth (NSW) we are actually doing more small stock than when we had the three plants," he said.

"We are grateful to the O'Connor family for enabling us to continue to supply our clients."

Mr Thomas said the new several-hundred-million-dollar abattoir would have a processing capacity of between 1200 to 1400 cattle a day, compared with 1200 at the old site.

The rebuild will occur in several stages but the plan was also to increase sheep, lamb and goat capacity.

"Our aspiration is to move from 11,000 head a day (at Murray Bridge) up to 14,000 a day through introducing design efficiencies," he said.

Mr Thomas said seasonal conditions would play a role in the numbers of livestock available but was confident of regaining market share. He also thanked producers for their support since the fire.

"Not a day goes by when we wouldn't get calls from producers, who have seen the markets for their livestock limited, looking to show us their support," he said.

"Some of these relationships go back 30 to 40 years to my father's day so we are really looking forward to reconnecting with these producers.

"When people think of us they might think SA ,but we also buy a lot of stock in Vic, NSW, Qld and NT, and even at times WA, so this is great for all farmers." 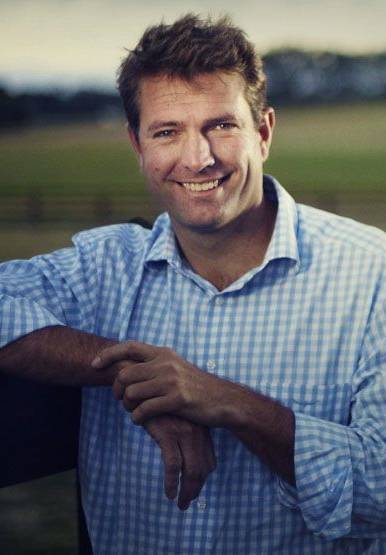 Thomas Foods International chief executive officer Darren Thomas says the fire was a major disruption to the business but has given them the opportunity to build a new flagship plant.

Mr Thomas did not see high lamb and mutton prices as a threat to the rebuild, but rather part of the normal price cycle.

"There is more good than bad in high livestock prices," he said.

"Listening to farmers in the last year or so as I have been travelling the country, it has been interesting to hear their thoughts on drought support, with many talking about the need to prepare for these events, it is no different for processors needing to prepare for these cyclic events.

"We need to really invest in technology and ensure we have some flexibility in our business because at the end of the day we can't control what falls from the sky."

Mr Thomas expected the increased throughput at Lobethal, which has grown to up to 50,000 head a week, would remain for the "foreseeable future", aside from the annual maintenance shutdown later this month.

"As anyone that knows TFI knows, we don't like to take too many steps back. We had a pause but now we can start moving forward to keep our share of the pie if not grow it, hopefully on the back of industry growth," he said.

"Hopefully the very strong pricing in the sheep industry will allow people to keep reinvesting and growing their flocks, especially when they see us investing too."