Trials are assessing the spreading and in-furrow applications, specifically to monitor speed and effectiveness of amelioration. 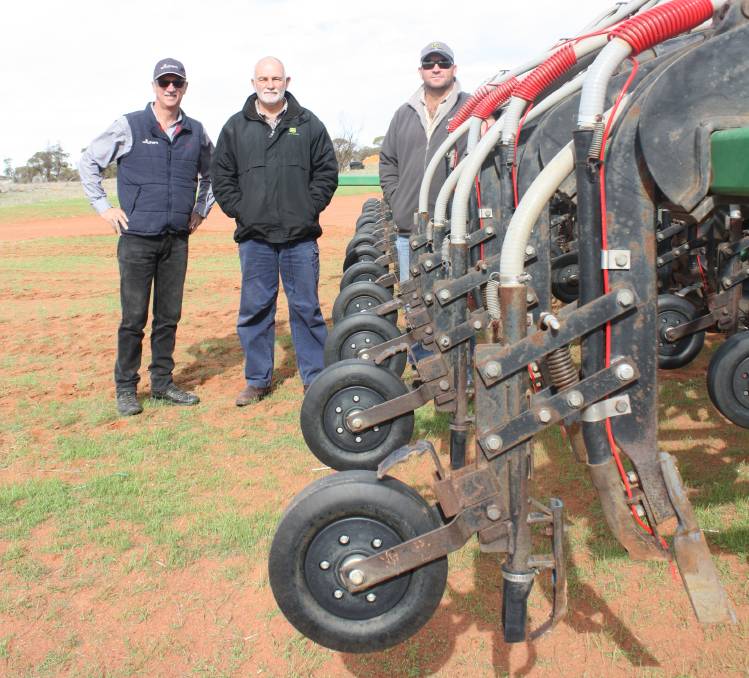 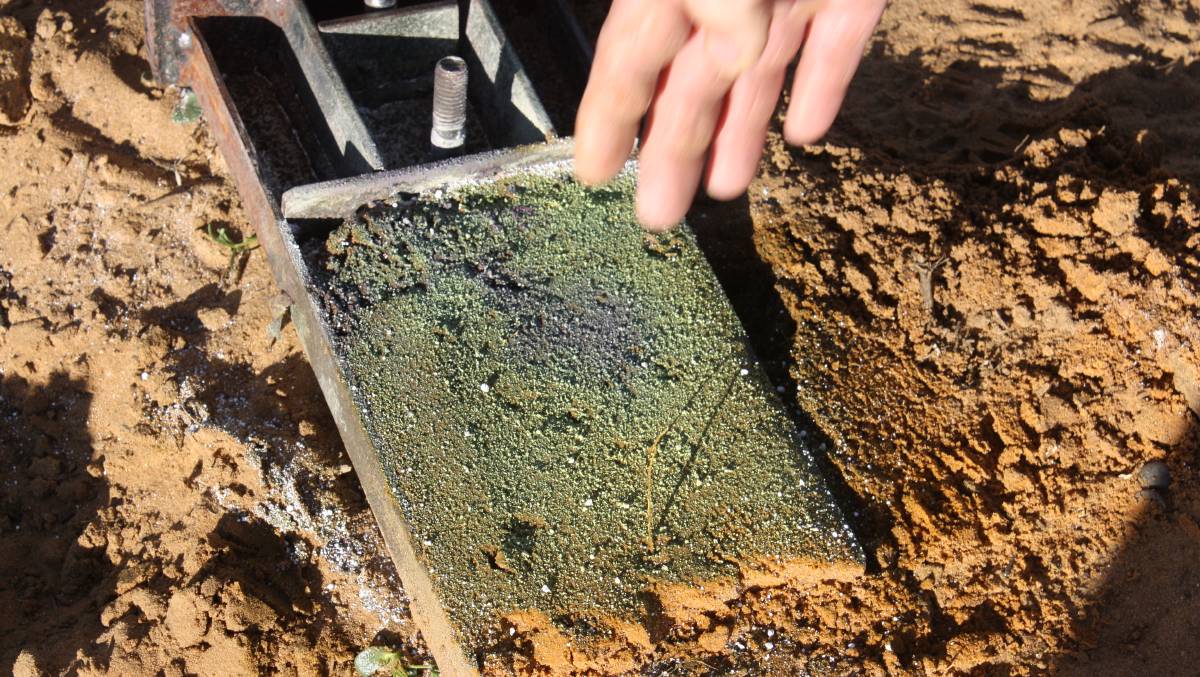 MANAGING soil pH continues to be a work in progress.

Generally it is managed by spreading lime sand but there has been an interesting development over the past few years with the introduction of an improved liquid delivery system enabling in-furrow applications.

Now trials have been set up by Wilchem in acid red soils and deep acid sands, to assess spreading and in-furrow applications, specifically to monitor speed and effectiveness of amelioration.

The spreading product is a manufactured lime called Agri-Cal, which is essentially high neutralising value lime sand sourced from Dongara, blended with lime kiln dust and treated with reagents to stabilise it.

The liquid is called Macro Prima, which is a soil conditioning solution which is a highly soluble form of liquid calcium and molasses with a very high pH (12.5) to offset elevated aluminium in the developing root zone and neutralise generated acidity caused from nitrogen applications.

According to Wilchem, Macro Prima improves the soil condition throughout the developing root zone and reduces the negative impact of applied fertilisers, such as acidity generated from nitrogen mineralisation in-furrow.

Importantly, Macro Prima is compatible with a wide range of agricultural herbicides, pesticides and fertilisers and is an ideal tank mix partner with UAN.

According to Burt Naude, Wilchem's business development manager also responsible for technical support, Macro Prima is a management tool and not a replacement for spreading lime.

"There are no magic solutions and it takes time to elevate soil pH but these trials will help us determine how quickly the applications are working," Mr Naude said.

Among early adopters (more than 30 throughout the Wheatbelt) are the Labuschange family, Mullewa, and inspections of treatments on their property last week showed they are working.

According to Rowley Labuschange, a soil test showed an application of two tonnes a hectare of Agri-Cal on a deep ripped trial had moved 50 millimetres after 45mm of rain on June 8.

"In another area where 2t/ha of normal lime was applied a few years ago, a soil test revealed it hadn't moved from the top and it was good lime sand," Mr Labuschange said.

"Agri-Cal applied at 1t/ha (spread on ripped paddocks) is the equivalent of 2t/ha of ordinary lime sand so I can order the normal amount and apply it to a bigger area and it gets down quicker," he said.

"We applied it on our deep ripped country to see how quickly it was moving down the ripper rows and it is obvious it is going to help change the whole profile down to 380mm, which will maximise root growth. 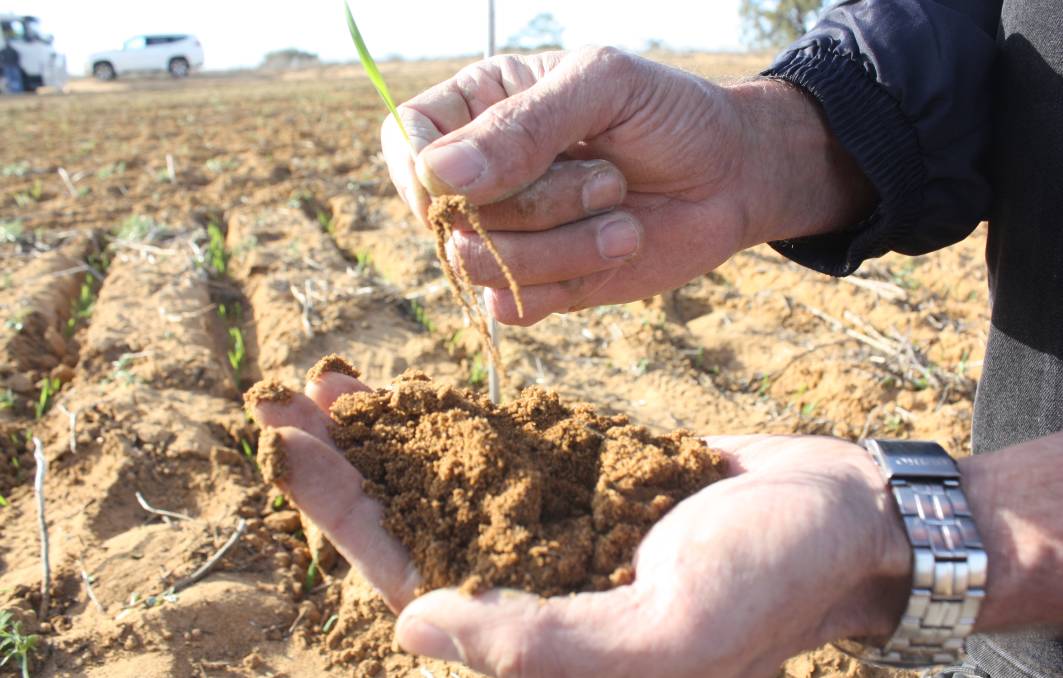 This healthy wheat plant at the one leaf stage shows sugars sticking soil to the roots to access nutrients. "Normally I have applied 2t/ha of lime sand but I will get a quicker return from using Agri-Cal and I'm confident it will go down further with more rain."

In another paddock sown to canola, with a mostly acid topsoil, seven litres a hectare of Macro Prima was applied via a Furrow Management Systems (FMS) liquid kit plumbed on a 15.2 metres DBS precision seeder.

The canola was sown on April 27 and a soil pH profile test revealed the Macro Prima was moving down the row profile.

"I think these sort of liquids have got a place in the root zone because they are fast-acting and will not only get the plants away quicker but also allow the roots to penetrate deeper past the acidic layer," Mr Labuschange said.

"It won't fix the pH problem completely but it is a good tool which pays for itself by improving plant root growth.

"On wheat, I've spent $15 a hectare but I'm getting an extra 300 kilograms of yield and that has been fairly consistent over the past four years using Macro Prima."

"We are talking more about liquid management practices for the future," he said.

"What we are learning is very interesting."