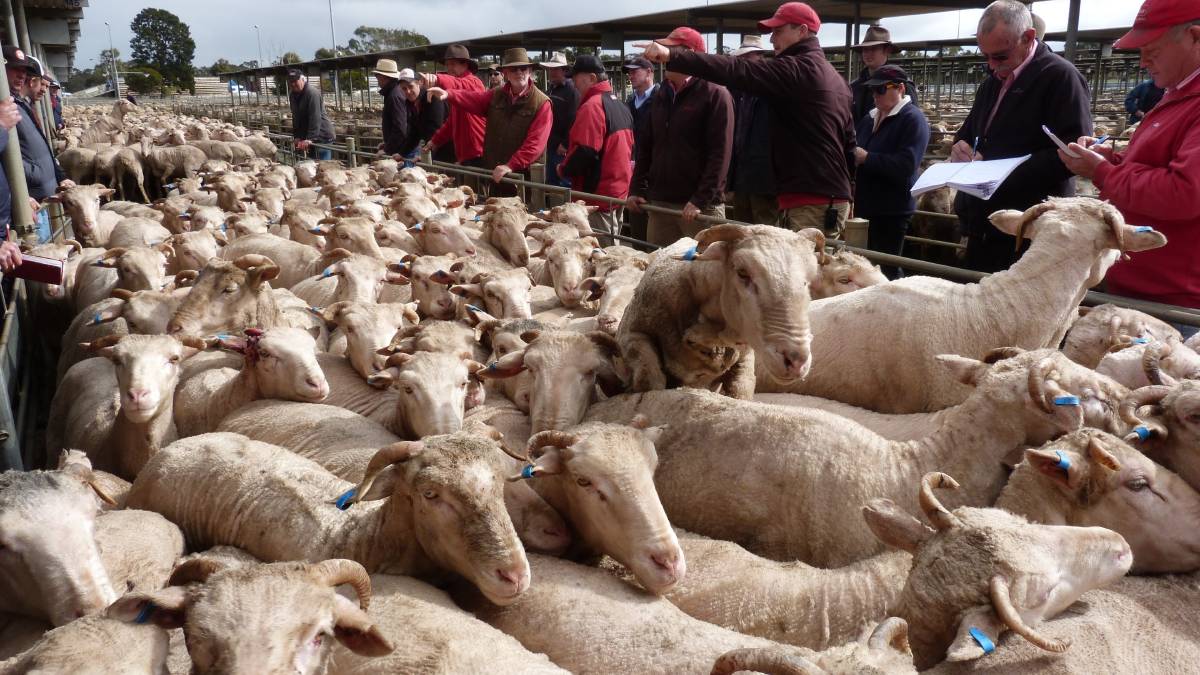 Mutton prices may ease towards the end of winter but, at historic highs, there will be little cause for producer complaint.

Mutton prices look set to follow their seasonal market pattern of easing in the second half of winter, albeit at record levels.

Mutton values have traditionally tended to peak at the beginning of winter before entering a period of decline in late July/August.

On Thursday, MLA reported that the Eastern States Mutton indicator had remained close to record levels since the beginning of June when it hit 602c/kg CWT.

On Tuesday, the indicator was reported at 594c/kg CWT - 82c/kg above the price this time last year.

"Mutton prices have largely tracked sideways in recent weeks, after a sustained rise similar to the lamb market," MLA reported. 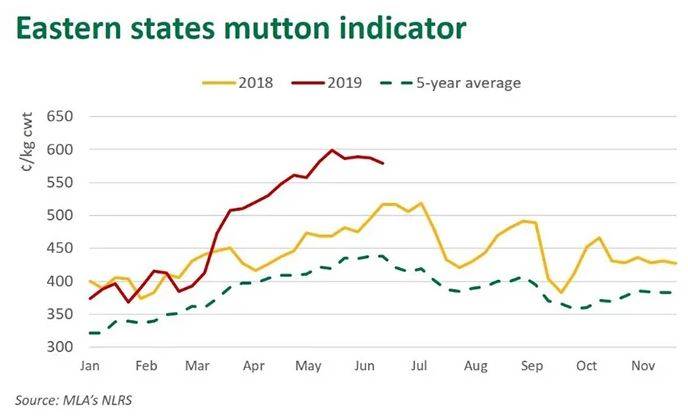 This graph shows the 2019 mutton price following a similar trend to 2018 and the 5 year average but at elevated levels. Source, MLA

"The continued strength of mutton prices signals buyers in the market are looking to guarantee supplies to satisfy export demand.

"The seasonality surrounding mutton markets shows prices typically peak at the beginning of winter before entering a period of decline in late July."

"When lambs are short and lamb prices are what they are, they try to fill space with mutton," he said.

"But we're also seeing very strong demand for mutton out of China which is helping prices locally."

Mr Gidley-Baird said mutton exports to China for the month of June were up 68 per cent on the same month in 2018.

"We are seeing huge volumes going into China and you can start to speculate that, because of African Swine Fever, they are looking for alternative proteins but we should also note that our mutton exports to China were also up in 2018. 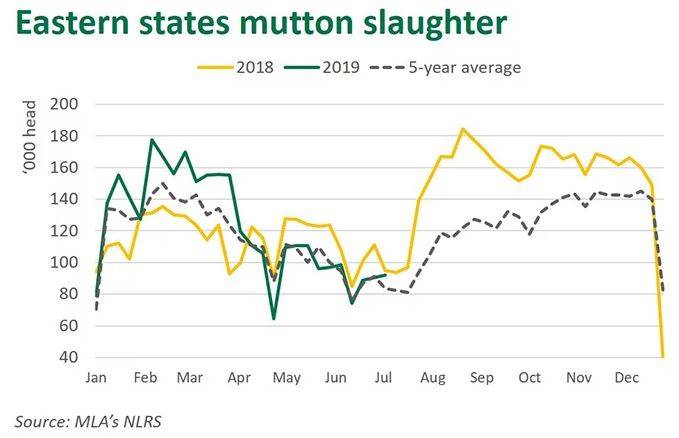 "So in 2018 total mutton exports were up 57pc on the previous year - prior to the African Swine Fever outbreak."

Looking ahead, MLA said sheep slaughter was not expected to reach the peak seen in September last year, due to elevated slaughter numbers at the beginning of 2019.

"While the prospect of mutton prices easing from current levels in the coming weeks is a possibility, a reduction in sheep slaughter year-on-year, combined with robust overseas demand, is likely to provide support to mutton prices for the remainder of 2019," MLA reported.