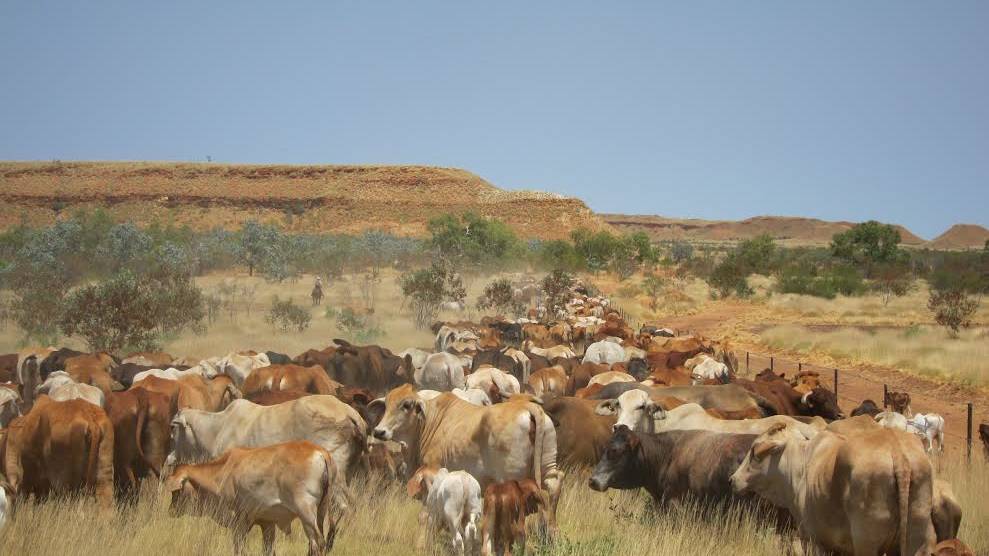 The State government recently announced that pastoral lease holders would have their rents increased.

PASTORAL land rent increases have received widespread condemnation from industry personnel on the basis that they are out of touch with the industry.

The State government recently announced that pastoral lease holders would have their rents increased, with invoices being released this month.

The Kimberley region has taken the brunt of the price hike, with rents increasing by an average of 328 per cent.

"The lease rent system explicitly encourages pastoralists to exploit the natural resource base, a failing articulated in the 2017 Auditor General's Report on the pastoral estate," Mr Stoate said.

Mr Stoate said that for the average-sized Kimberley property, the increase could be about $100,000 on top of the current rate.

The rates were determined by the Valuer General and used the same figures which Farm Weekly obtained from Landgate (see table). 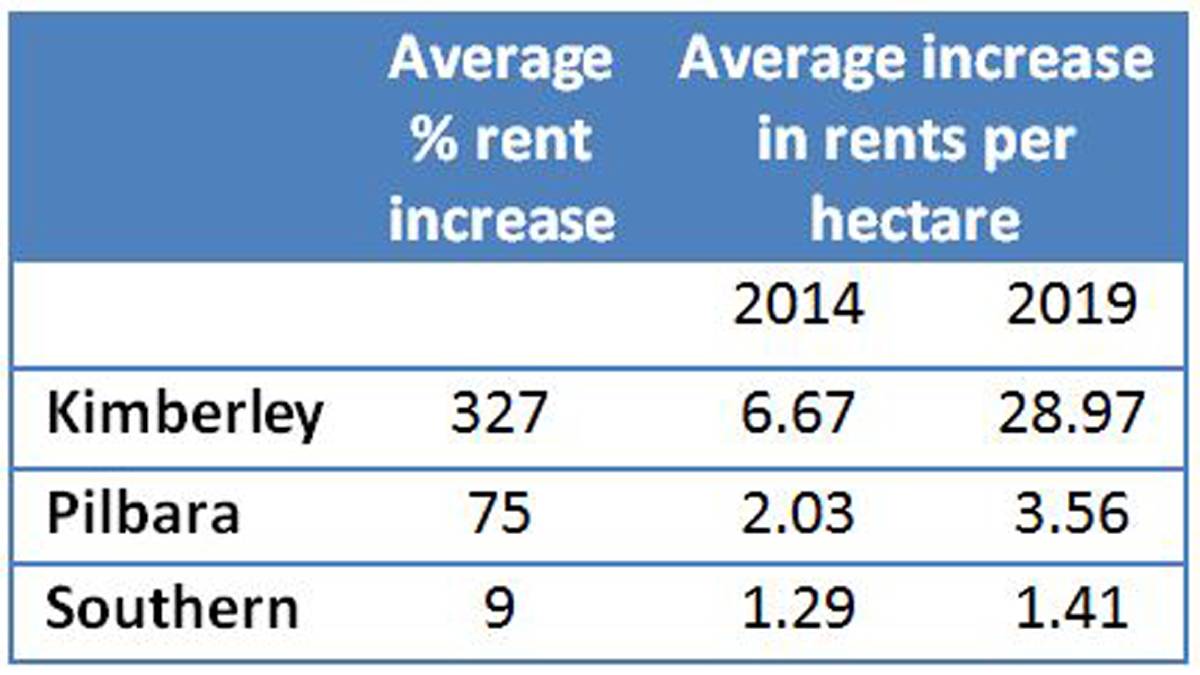 Figures supplied by Landgate from a valuation perspective which were used by the Valuer General in the rent review.

The figures were derived from a valuation perspective and indicate that the average increase in rents from 2019-21 for the Kimberley region to be 328pc, the Pilbara with 75pc and the Southern region with 9pc.

The Department of Lands also released figures from a perspective of land management practices which specify the pastoral regions in more detail, but are not the official numbers used by the Valuer General.

The Valuer General determined the rents from analysing sales of pastoral leases in the market place and deducting the value of any improvements to determine the unimproved land value.

A capitalisation rate is then applied to the unimproved value to derive the rental value.

The analysis is aimed to take into account the impact of drought and industry economics.

The Pastoral Lands Board (PLB) was consulted during the process about the economic state of the pastoral industry.

The Department of Lands said the increases would be phased in, with 20pc of the current value for the first two years and the balance for the third year.

PLB chairman Tim Shackleton was not available for comment but confirmed that the PLB supported the Lands Minister Ben Wyatt in his decision to phase in rent increases over three years as a way of lessening the impact on pastoralists.

A Landgate spokesperson said the pastoral rents were specific to each lease, meaning there was no single rate applied to all leases.

"Pastoralists in the State will be impacted in different ways by the 2019 rent review," the spokesperson said.

"The remaining 231 stations will incur increases greater than 20pc.

"I believe that pastoral lease rents should be based on their productive carrying capacity and nothing else," Mr Smith said.

"The dollar value of them when they are sold shouldn't matter.

"The sale price may reflect value but ultimately to be equitable on a pastoral lease rate, it needs to be based on carrying capacity only."

Ray White Rural WA director and pastoral specialist Simon Wilding said he was concerned about whether the industry and market conditions were in line with the rent increases.

"I'm not sure whether the government has got the balance right," Mr Wilding said.

"The Kimberley has had a substantial rise which would be confronting and put more financial pressure on them."

Mr Wilding said the increases could be detrimental if the industry was to endure drought conditions or if livestock prices were to fall.

"Two things have to go right in the pastoral industry - it has to rain and prices have to be buoyant," he said.

"If one of these factors was to become an issue, I doubt there will be an adjustment to lease prices.

"Long-term the government has to be prepared to adjust the lease pricing given the cattle prices and seasons."

Mr Wilding said the impact on the pastoral real estate market could be most felt in the Kimberley.

"It could make a difference to people's perceptions of values," he said.

All pastoral properties are owned by the government over Crown land, which gives the lessee the right to graze authorised livestock on natural vegetation.