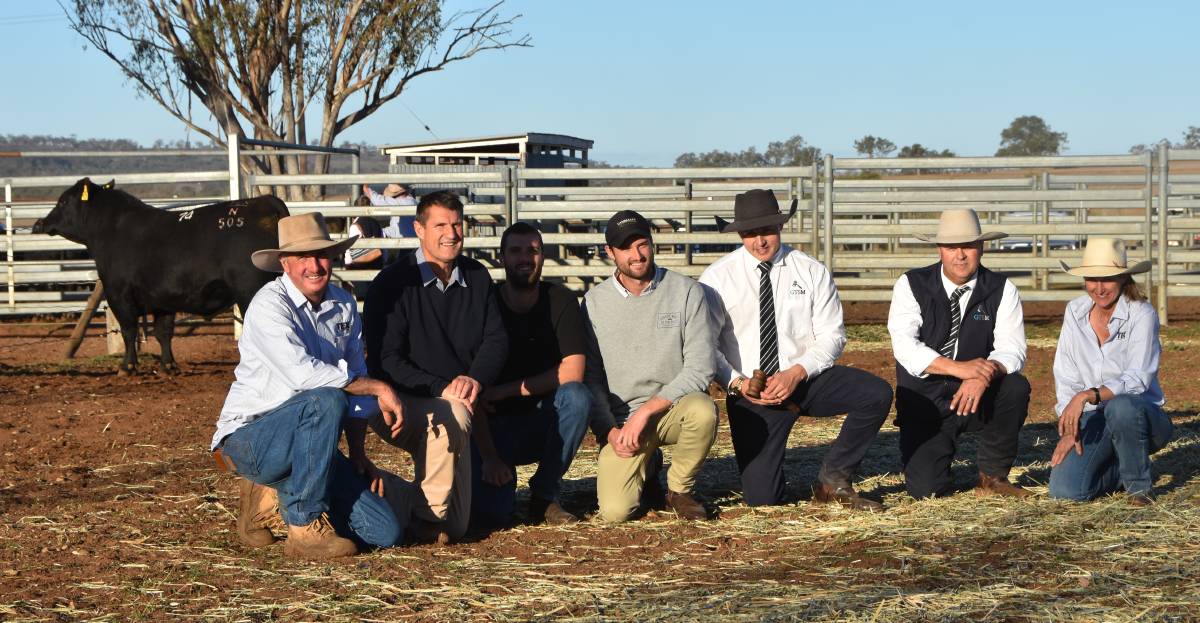 Texas Angus stud held its 51st annual bull sale at Warialda on Thursday, selling all bulls on offer for a 100 per cent clearance.

A half share of semen rights in Texas Nasa N121 remained unsold but was in negotiations as it hadn't reached reserve.

With 88 registered bidders from five states, bidding was fierce and the stands were full.

Texas stud principal Ben Mayne, was blown away by the results of the sale and thanked both repeat and new buyers for the ongoing trust in their breeding program.

"Miracles do happen, even in this season" he said.

After the sale Mr Mayne announced he would be donating $1000 to Sisters of the North, to help others in need.

The $34,000 sale-topper and top-priced Angus bull was 24-month-old Texas Western Express N505 who weighed 918 kilograms with a scrotal circumference of 39 centimeters.

On the day, volume buyers were Charlie and Shelly Charters, TVF pastoral, Albro Station, Claremont, Queensland who purchased 13 bulls for an average price of $8,923 and a top price of $14,000.

The Charter family are repeat buyers and have found the Texas bulls do well in their area. They were looking for good even figures and temperament and were very happy with the draft of bulls they will be taking home to their commercial operation, breeding Angus bulls over Santa Gertrudis, Brahman and Brangus cows. The auction was conducted by Bob Jamieson Agencies, GTSM and GDL

Read the full report in next weeks edition of The Land