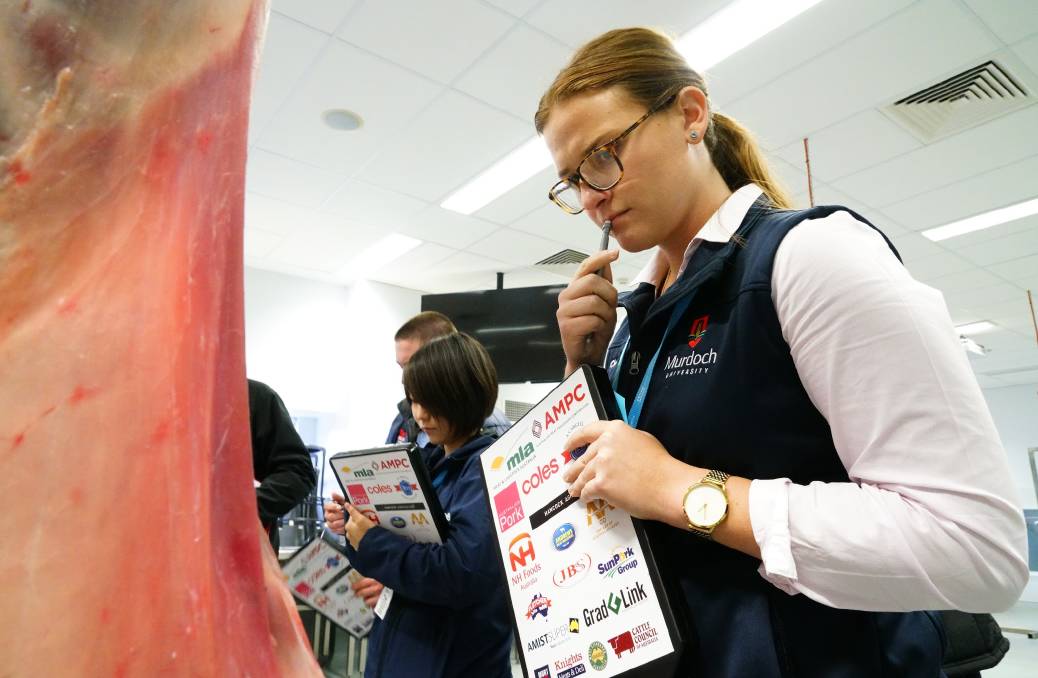 "Young women need to put themselves out there, because the industry is very receptive to us," Renae said.

"All you need is a passion and willingness to give it a go and you will be surprised where the industry can take you."

Halfway through her double major in animal science and animal health at Murdoch University, the industry has already taken Renae some interesting places.

At the start of the year she travelled to Zimbabwe to take part in a lion conservation program.

Arranged by African Impact, an organisation focussed on volunteering and internships in Africa, Renae had unforgettable experiences at Antelope Park, about four hours out of Harare, walking with lion cubs, vaccinating lions and assisting with the sedation and relocation of three lions to a national park area.

As part of the conservation/agricultural program, Renae, who works part-time as a teaching assistant at Hallidon Primary School in Perth, spoke at a few local agricultural type schools about the importance of sustainable farming and how lions were important to Africa's ecosystems.

"It was an amazing opportunity to be able to combine two of my passions - teaching and agriculture," Renae said.

On the way to one of her teaching workshops, Renae asked the driver to stop at a feedlot in Makoba.

"We had a look around and it was a bit confronting, but some parts of it were similar to Australia," Renae said.

"My travels have certainly made me realise Australia is one of the greatest countries when it comes to environmental sustainability and our animal welfare standards. 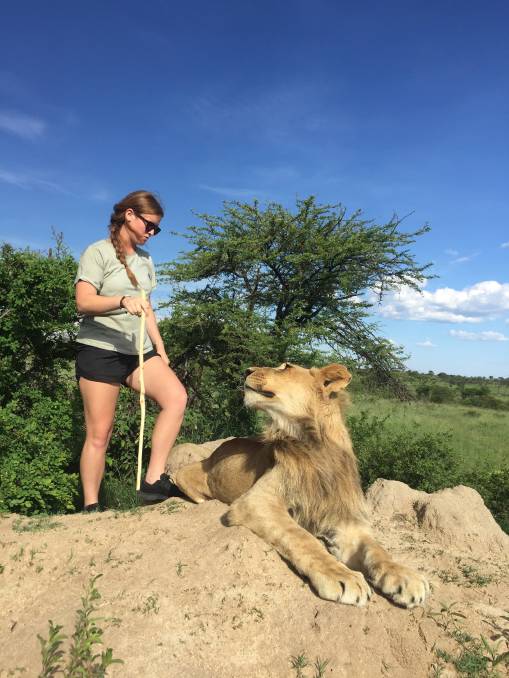 Renae travelled to Zimbabwe to take part in a lion conservation program arranged by African Impact, an organisation focussed on volunteering and internships in Africa.

"We are so tightly regulated in terms of how we take care of our animals and that makes me really proud."

Farm Weekly spoke to Renae shortly after she returned from the annual Australian Intercollegiate Meat Judging (ICMJ) competition held at Charles Sturt University in Wagga Wagga, New South Wales and she was full to the brim with inspiration of what her future in agriculture could look like.

"I knew nothing about ICMJ before this year, but now I've been I realise how big it is, especially on the east coast," Renae said.

Each year the ICMJ draws about 150 competitors from national and international tertiary institutions.

Designed to attract graduates into the red meat industry, this year's competition was extra special as it marked the 30th anniversary since the establishment of the Australian ICMJ.

Murdoch University sends a team of 10 across every year to represent the university and Western Australia.

The event, which runs over five days, includes industry guest speakers, interactive workshops, a career expo and an awards presentation dinner where finalists are announced to undertake training for the Australian team selection.

"The days were jam-packed, with morning lectures giving us insight into the opportunities and challenges faced by the red meat industry and workshops in the afternoons," Renae said.

"We did some practice meat judging and were taught what to look for in a carcase and how to grade it, whether it's graded on quality or yield and other key areas to look at.

"I completely forgot we were there for a competition until the last couple of days when we had to compete."

The ICMJ had judging on lamb, pork and beef and Renae's team won first place in the lamb judging.

Individually she also brought home the bacon, finishing third in the pork judging and was chosen as the coach's pick to head to a Brisbane, Queensland, training week.

"The Brisbane training week takes place in September and is an industry tour where we will visit different processors and feedlots," Renae said.

Renae also won the Pork Australia Limited Scholarship, for which she received $1000 and will complete a placement in the pork industry, specifically tailored to her interests.

"I want to focus mainly on artificial insemination and the genetic side of the meat industry, so they will endeavour to place me at a facility that has those things," she said.

"The money also gives me the opportunity to possibly do the placement somewhere outside of WA.

"You think production isn't going to be different around Australia, but it can be when comparing WA to the east coast, for example."

Renae said the trip provided her with a lot of networking opportunities and allowed her to connect with like-minded individuals.

"It's about getting in a room with and talking to people that share your passion for the industry," she said.

In preparation for the ICMJ competition, every week Renae and her fellow team members would have a theory lesson and be in the freezers of a butcher at 5am the next day to learn how to grade meat.

Clearly a motivated individual, at only 19 years of age, she has already achieved more accolades than those many years older than her.

As the winner of the Rural Regional Remote Women's Network of Western Australia's scholarship, Renae was invited to attend the Stronger Women in Leadership conference at the Hyatt in Perth at the start of the year, and said the conference gave her the reassurance it was an industry she wanted to be part of.

She is also a member of many industry and university groups, including Murdoch Guild's Bovine Interest Group which holds cattle related events and seminars, is a representative of the Murdoch Animal Science Association and a member of Australian Women in Agriculture.

Renae naturally gravitated towards a degree in animal science due to the fact she has been surrounded by animals her whole life, coming from a farming background at Wubin and Manjimup.

"I contemplated being a vet for a while, but I really love production animals and the agricultural industry, so animal science is the perfect match for me," Renae said.

"I was absolutely animal crazy as a kid and that's only developed with age.

"I spent most school holidays on the farm in the yards, helping out where I could and naming our Angus cows.

"My pop taught me how to listen to the cows and practice the best low-stress stock handling, which I've been able to use in the cattle trading business I have with dad."

Attending Mater Dei College in Perth, Renae would still go back on holidays to help where she could and fish for marron in the families dam with her brother.

At university, Renae is learning about different types of livestock production systems.

"We learn about production systems in sheep, cattle, pigs, chickens and even lamas, which I find really cool," she said.

"It's given me valuable insight into the opportunities and challenges the agricultural industry is facing and the illnesses production animals can suffer from."

Renae is due to graduate at the end of 2020 and once she completes her degree, she hopes to work in the red meat industry in EBV manipulation and nutrition to create a more productive animal.

"I think my future goal is to be a livestock consultant, but I've got a lot of learning to do before that," she said.

Renae said she was passionate about marketing Australia's agricultural industry better, as well as improving the sectors international relations.

"We should be more focussed on our consumers and why they're not buying our products sometimes," Renae said.

"We do an important job, we provide food for people and that's not a small task, but I think the language we use and how we market our products is behind.

"The negativity that's around agriculture with activism etc can be quite intimidating for young people entering into the industry.

"But I think as a whole, we are quite well perceived, it's just that small percentage that is the loudest."