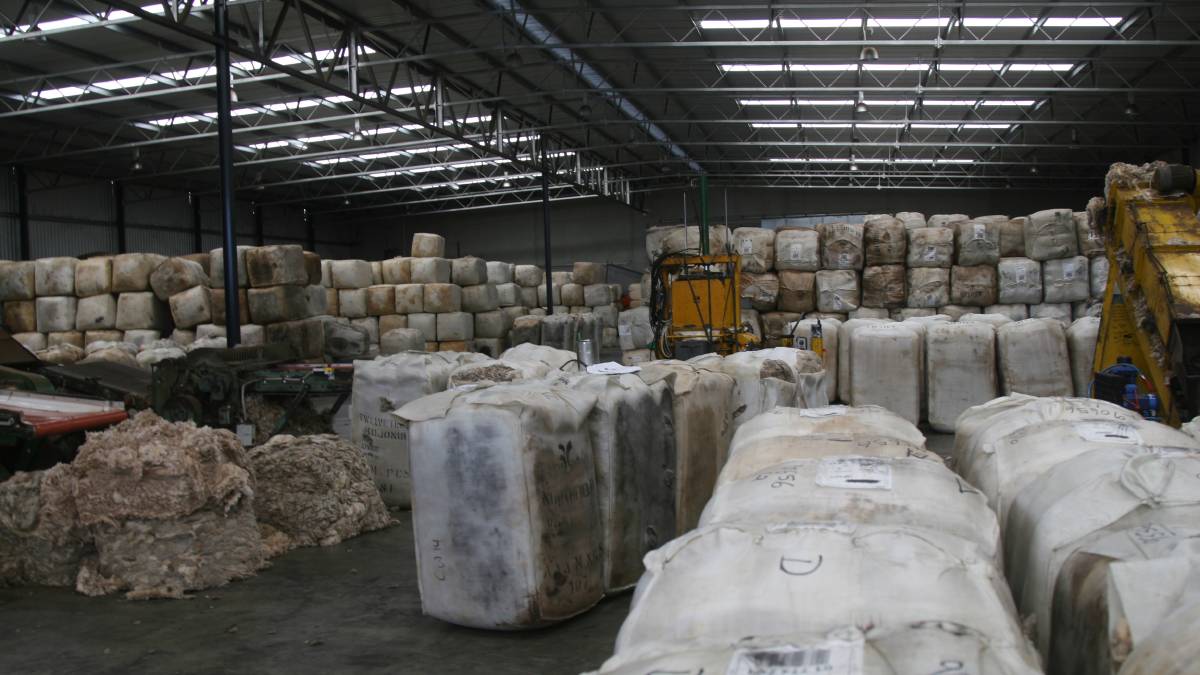 A SIGNIFICANT increase in the number of wool bales tested last month was a positive signal to WA's wool market before the resumption of live wool auctions this week.

A SIGNIFICANT increase in the number of wool bales tested last month was a positive signal to WA's wool market before the resumption of live wool auctions this week.

Australia Wool Testing Authority (AWTA) national statistics for July show WA was the only wool producing State where the number of bales tested increased in comparison to July last year.

Nationally, the volume of raw wool tested prior to being offered for sale declined 5.3 per cent or 900,000 kilograms in July - down from 6.9mkg tested in July last year to 6mkg.

July falls in volumes tested ranged from 3.8pc in New South Wales to 18.4pc in Queensland, according to AWTA.

This was also more bales than AWTA tested in WA in June, when test numbers plummeted 20.7pc compared to June last year, to just 9902 bales.

July's increased testing was a welcome reverse of a worrying trend from last season, when monthly AWTA statistics showed bale core tests were down each month on the corresponding month the previous season, except in January and May, the only two months last season in which bale test numbers increased.

Traditionally there is less demand for bale tests in June and July at AWTA's Bibra Lake laboratory because there is less wool going up for sale between the end of autumn shearing and the start of spring shearing.

Also, the neighbouring Western Wool Centre (WWC) only hosts auctions for two weeks of each of those months.

As the average testing regime on a typical seven-bale lot costs the woolgrower $75.80, most prefer to have their wool tested just before it goes to auction so they recoup that cost almost immediately.

July's lift in bale numbers tested could be interpreted as woolgrowers feeling positive about the return of live wool auctions at the WWC this week after the three-week annual recess.

Perhaps the increased testing was due to them preparing to be in a position to sell quickly if there is a repeat of last season's market peak.

On week six, the equivalent week in the 2018-19 wool season with wool auctions resuming after the WWC's three-week recess, the Western Indicator (WI) jumped 29c to 2158c/kg clean and the price of 18 and 18.5 micron wools jumped 99c/kg and 85c/kg respectively.

In week seven the WWC market surged stronger again and set price records across the board.

The AWTA statistics for July show the average yield of WA wool started to recover, climbing back to 59.9pc, the highest it has been since February after dropping to a low of 58pc in June.

While still 0.1pc behind average WA wool yield for July last year, it is catching back up to the national average wool yield which was 61.5pc for July.

WA woolgrowers who were recent visitors to Chinese wool processors as part of broker-organised tours, picked up some concerns there about the low yield of Australian wools, as well as open concern about wool production volumes continuing to decline despite relatively stable and historically good prices.

Effectively, 40pc of what Chinese buyers pay for when they buy bales of wool at the WWC and pay freight on to get them to China, is washed away in wool scours in the first step of processing the wool.

This was also a point Pastoralists and Graziers Association of WA (PGAWA) president Tony Seabrook, a sheep and grains farmer at York, raised at the annual PGA convention in Perth Friday afternoon.

"With an export commodity like wool, you would think that the very least we should be able to do here (in Australia) by way of processing is to wash the stuff before we send it overseas," Mr Seabrook said.

His comment came after Australian Wool Innovation (AWI) chief executive officer Stuart McCullough gave an overview of AWI's operations and its investments in research and development which are part-funded by the 1.5pc levy paid by woolgrowers when they sell their wool.

WA wools were, on annual average, the finest in the country last season at 19.3 microns and they continued that trend in July with an average fibre diameter of 19.2 microns.

Superfine wools of 19.5 microns or less comprised 63.8pc of WA's July wool clip, compared to the national average of 58.7pc.

WA wools were also the shortest in Australia in July, with an average staple length of 80.5 millimetres, despite growing 1.8mm longer than the average in July last year.

On annual average, only NSW produced shorter wools than WA last season and that was due to the impact of drought.

The latest WWC offerings estimate for this week's auctions is 8602 bales out of a national offering of 44,836 bales.

For week seven of the season next week, the preliminary WWC offerings estimate is 6550 bales out of 35,480 nationally.

This compares to WWC offerings of 7658 and 12,780 bales in the first two weeks of the season before the annual recess.