There is no consistent difference in consumer preference when it comes to lamb and hogget loin cuts according to research carried out by Murdoch University professor David Pethick. 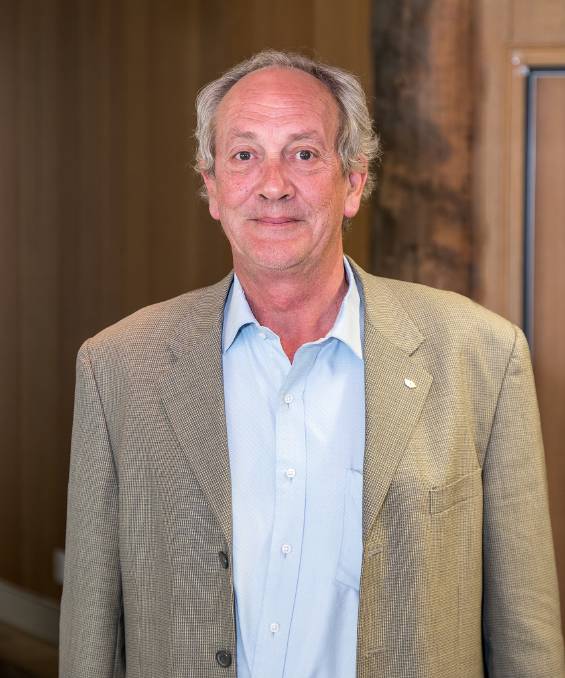 Murdoch University professor David Pethick is one of Australia's leading researchers into sheepmeat.

THERE is no consistent difference in consumer preference when it comes to lamb and hogget loin cuts according to research carried out by Murdoch University professor David Pethick.

But consumers can pick the differences in leg cuts between the two products.

With funding from Sheep CRC and Meat and Livestock Australia (MLA) Dr Pethick lead studies undertaken at Murdoch University into the eating quality of "lamb versus older sheep", focusing on four areas - tenderness, juiciness, flavour and overall liking as assessed by consumers.

A number of experiments and surveys were conducted.

The results were similar in each country at 70 (out of 100) scoring lamb loin just above yearling loin at 66-68.

Lamb and yearling topsides scored in the 55-59 range.

Another part of the study included 525 consumers who sampled Merino grilled lamb (18kg) and hogget (25kg), which had been on a diet of grain from a self feeder.

Each loin cut was sampled by 10 "blind" consumers, who graded it from awful to unsatisfactory, good every day, better than every day and premium.

"In blind tasting they can't tell the difference of the loin cuts," Dr Pethick said.

Their choices were far from awful.

Loin cuts topped in all focus areas, especially from results in the first 20-30 months of the sheep's life.

Dr Pethick said the leg cuts were found to be "tougher", which was not a surprising result because the connective tissue which holds the meat together, becomes harder or more cross linked as the animal aged.

"Note that the leg cuts were certainly not terrible," Dr Pethick said.

"The outside eats well in lamb and young sheep."

Taking a look at consumer preference with "roasted easy carve legs" Dr Pethick said the conclusion was that "lamb is more reliable across the carcase, while leg cuts decline more significantly in hogget".

He said the change to Australia's lamb definition to match that of New Zealand - putting the two countries on a level playing field when marketing lamb across the world - would make little if any difference to the eating quality of the meat.

"There's a very trivial change but essentially it makes no difference," he said.

Part of the study looked at three different commercial flocks in WA with different breed mix, environment and pasture.

They studied the sheep in three teeth classifications, milk teeth (the previous lamb definition), partially erupted but new teeth close to the gum and fully erupted teeth but not in wear.

The age range for the lambs was about six weeks apart.

The conclusion was that there was no change in eating quality for loin cuts.

However, teeth of Merino and Poll Dorset lambs erupted later than Border Leicester sheep by about 34 days.

Dr Pethick said if the animals were raised on farm with best practice, and prepared well for slaughter, to hit target carcase weights and a rising plane of nutrition then consumers would be happy with the eating quality of the product.

He said more work needed to be done on it in the abattoir, especially to better measure intramuscular fat (or marbling) in the meat - consumers respond positively to intramuscular fat from an eating quality view point.

The MSA sheepmeat program saw more than 6.1 million sheep processed through 19 MSA licensed abattoirs, representing 26 per cent of the national lamb slaughter in 2017-18.

Dr Pethick said there was significant scope to broaden the program to further benefit all sections of the value chain, from producers through to consumers.

He was part of the initial MSA Research and Development Pathways team and was heavily involved in establishing the MSA sheepmeat model.

Dr Pethick remains a lead researcher in the area and is focussing on the establishment of a carcase grading system to measure lean meat yield and intramuscular fat.

He said while he was focused on getting the carcase grading system for sheepmeat working in abattoirs, he believed the introduction of a new formal yearling category for sheepmeat would further expand marketing options.

"It could be a category for people who want to sell a non-lamb product, but that would be radical in the sheep industry because lamb has such a strong name," Dr Pethick said. "Australian lamb is a brand in its own right and is recognised as a great product around the world."