A story of produce from paddock to plate was told at the Gascoyne Food Festival's Long Table Lunch, held recently at Bentwaters Plantation, Carnarvon.

A STORY of produce from paddock to plate was told at the Gascoyne Food Festival's Long Table Lunch, held recently at Bentwaters Plantation, Carnarvon.

As 276 guests were enjoying the eight-course degustation of exquisite, chef prepared dishes, they heard how the ingredients had been sourced from local growers, many of whom also attended the lunch.

Master of ceremonies Carmen Braidwood, Perth, facilitated conversations with the chefs and some of the growers to help tell the paddock to plate story so diners could gain an in depth understanding of the labour and love that was used in creating the dishes.

The festival took sourcing local to another level as the day before the event, the nine chefs toured some of the properties that supplied some of their ingredients used for the lunch.

It gave the chefs the opportunity to meet the farmers behind the produce, see how it is grown and hear some of the challenges growers have to manage, such as biosecurity, pests and diseases, markets and pricing, competition from other regions and countries and of course, the weather as the devastation of cyclone Olwyn in 2015 is still being felt by many growers.

It also gave chefs an understanding as to why certain produce might look different from something grown in another region. 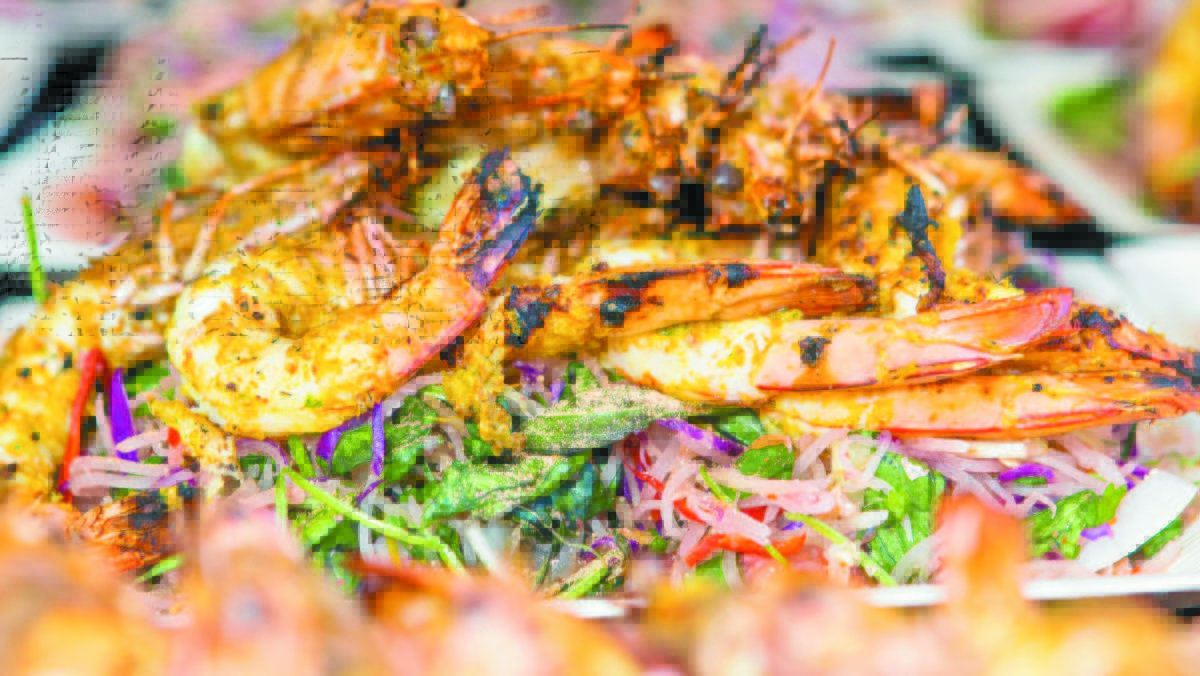 The menu showcased Gascoyne produce - including meat, seafood, fruit, vegetables and herbs - to highlight just how premium the produce is that comes out of the food bowl region.

Through his business Showcase Events WA, Mr Laws works closely with growers to showcase local and seasonal produce to broader markets and the hospitality industry. This appetiser left diners wanting more and prepared their palettes for what was to come.

Mr Nash is renowned for his love of chilli and it certainly showed in this dish, as the hot chilli perfectly complemented the prawns, balanced by the sweet, flavoursome grapefruit salad. Mr Bridger follows the food philosophy of keeping it simple and creating fun, flavoursome food without compromising quality or presentation.

While she enjoys creating an innovative menu for her restaurant, Ms Palinkas is passionate about running a sustainable kitchen.

Her root-to-shoot approach to cooking means nothing is wasted. Ms Palinkas also tries to minimise Young George's carbon footprint by reducing the use of disposable plastics, so sauces are stored in recycled glass jars and she sends suppliers the restaurant's own crates to be filled with produce.

A beer enthusiast and aspiring chef, Mr Lyons was in the top 24 of Masterchef 2019.

He has a vegetable-focussed approach to cooking with layers of texture.

Inspired by the paddock to plate philosophy, Mr Wood celebrates 'food from the sun' through his Mediterranean menu at Santini Bar & Grill, featuring wood fired cooking and local seasonal produce.

Local produce has long been a passion for Mr Kahle and overtime he has developed strong relationships with growers and seafood producers. He sees it as a privilege to be able to showcase their food for his guests.

Dubbed 'dish of the day' by many, the eighth and dessert course was prepared by Chase Weber, The Standard, Perth - Sweeter Banana, Nguyen passionfruit, myrtle and burnt honey.

Called ' Comfortable in Our Skins' this was a peel-to-stem dish which used the skins of the bananas and passion fruits in such a way that one would've never guessed.

Prior to the lunch, the nine chefs undertook a paddock tour across Carnarvon's horticultural region, where they visited plantations and met some of the growers who supplied produce for the event. Photograph by Mollie Tracey. The Gascoyne Food Festival enables chefs to see first hand the region where they source some of their fine ingredients and hear some of the growers stories behind the produce. Photograph by Mollie Tracey.

It also highlighted the challenge that many growers and chefs are trying to manage of minimising food waste.

In the culinary world Mr Weber is known for pushing the boundaries with innovative techniques and concepts that place emphasis on the need for dietary savvy food.