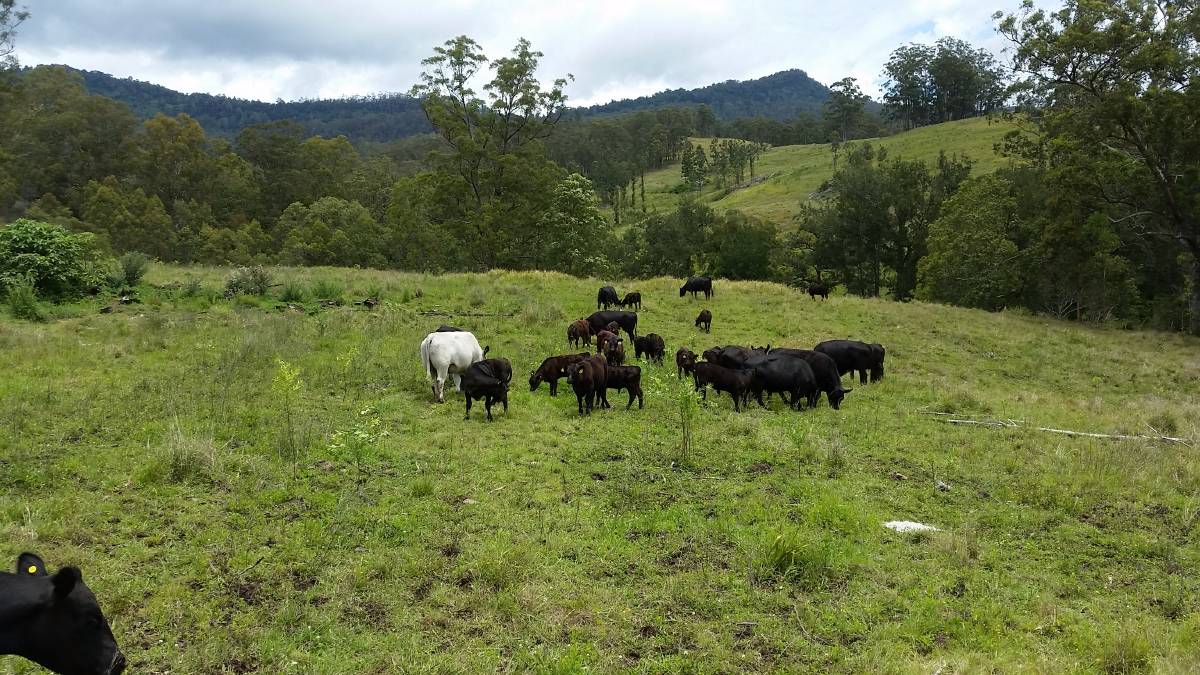 The 1100 acre property, Summerland Pastoral, in the NSW Northern Rivers' Richmond Valley, is the site of a new approach to land stewardship for the region.

A passionate believer in the power of regenerative agricultural is using her property to highlight what can be achieved by taking a best practice approach to land stewardship.

Heather Smith has long held an interest in the power of regenerative agriculture practices but it's only recently that she's been able to start putting them to work on a property that's her own.

In 2017, Ms Smith bought a 1100 acre undeveloped property in the Richmond Valley in the Northern Rivers region of NSW with the ambition of creating a profitable livestock business while regenerating both the pastured and wooded landscapes of the property.

Drawing on what she has learned in a professional career that spanned Landcare, finance, and agricultural extension, Ms Smith is now focused on putting those principles into practice. She's also keen to share the results with other interested landholders in the area.

"It's very much a learning journey, adapting and refining techniques to suit the landscape of hills and valleys that characterise the upper valley of the Richmond River and the adjacent national parks," she said.

"I'm determined that it's possible to raise livestock in a way that is profitable and ecologically sustainable and I'm certain that regenerative agriculture techniques hold the key to doing so.

"The production of food is one of the most important things you can do but we have to find ways to do it in a manner that respects the landscape we're working with.

"There's no explicit recipe - each property is unique. I make mistakes, plenty of them, and I'll keep making them as I improve my ability to read and steward this landscape.

"I would dearly love to see regenerative agriculture become the mainstream form of agriculture and I'm certainly willing to use my property as a platform for conversation and discussions to share the mistakes, the lessons and the successes.

"I place a high value on shared knowledge; we can really learn a lot from each other so I have an open gate policy for anyone interested in what I'm trying to create."

Ms Smith's work has seen her selected as one of the recipients of the inaugural Gallagher Landcare Fencing Grants program which is aimed at supporting improved grazing management and conservation across the nation.

The 13 successful recipients have received a combination of in-kind Gallagher Electric Fencing and monetary support to facilitate their project outcomes.

Fencing plays a key role in the strategies Ms Smith is integrating into her property as part of a series of projects aimed at improving pasture health and soil ecology, as well as enhancing the wildlife corridor through the property to better connect the Toonumbar National Park with the Border Ranges National Park across the valley. A view of the Summerland Pastoral landscape. Image supplied.

"A big part of what I'm doing involves controlling the timing, duration and intensity of livestock access to various areas," Ms Smith said.

"One of the founding principles of regenerative grazing is that you graze for a short duration and then move stock on to allow an extended period of time for the vegetation to regrow, so the livestock are only in any one area for a brief period of time and perhaps only return to that same area a few times throughout the year.

"When I bought this property it had no internal fencing so I had no control over that scenario and that's what I've been working towards for the last couple of years. I've now got 17 grazing zones on the property, that's still not enough, so it's a work in progress but it's a vast improvement on what I started with."

Ms Smith said the many benefits of Gallagher Westonfence - which she's using for paddock subdivision - include the ability to manage the construction of fences on her own, as well as easily change the design of fencing if needed.

"For someone like me in my situation who was learning the landscape I needed control but I wasn't exactly confident that where I was putting the lines was where they'd live long term."

"I've noticed electric fencing is also much safer for wildlife because there are no barbs to snag on and if the lowest wire is an earth wire it allows wildlife to pass under without contacting a live wire," she said.

"I make sure that the bottom and the top wire are neutral so things like echidnas and wallabies, and pademelons can just duck under the bottom wire so generally wouldn't interfere with them moving through the landscape.

"The other aspect is birds and bats. Every now and then you do see birds or bats caught on a barb or a fence but because this fence is just plain wire there isn't the same opportunity for them to be caught."

Ms Smith said she fell in love with her property the day she saw it.

"It was just after Cyclone Debbie had come through dumping a lot of rain, so it was too wet to drive around," she said.

"The agent gave me a mud map and waved me off from the front gate. I pottered around on the quad bike for a day and I could see the potential.

"It's about 50 per cent pasture and 50 per cent forest including a small patch of subtropical rainforest. So, for me, someone who likes my land to be a bit wild, it offered a nice balance of cleared country for grazing and natural bushland.

"Previously the grazing area had been put to tree plantation twice and failed twice. That's a lot of disturbance and the paddock has some issues as a result. Hopefully, we can rectify them over time."

Working with groups including Landcare and the NSW Environmental Trust, Ms Smith plans to implement a range of regenerative agriculture techniques in various projects.

They include experimenting with different pasture species to investigate the most effective ones to use to stimulate greater soil ecology function and achieve increased carbon sequestration via the liquid carbon pathway, as well as planting strategic tree lots for landscape resilience and diversity using Yeomans and silvopasture principles.

As part of a Landcare Sustainable Agriculture demonstration site, Ms Smith will be trialing different durations, timing and intensity of livestock access to pasture areas to showcase the effect of the use of managed grazing and biostimulants for pasture health.

She'll also be working to restore and extend riparian connectivity with Toonumbar National Park including conducting flora and fauna surveys, implementing a weed control program and replanting along a key section of Kurrajong Creek.