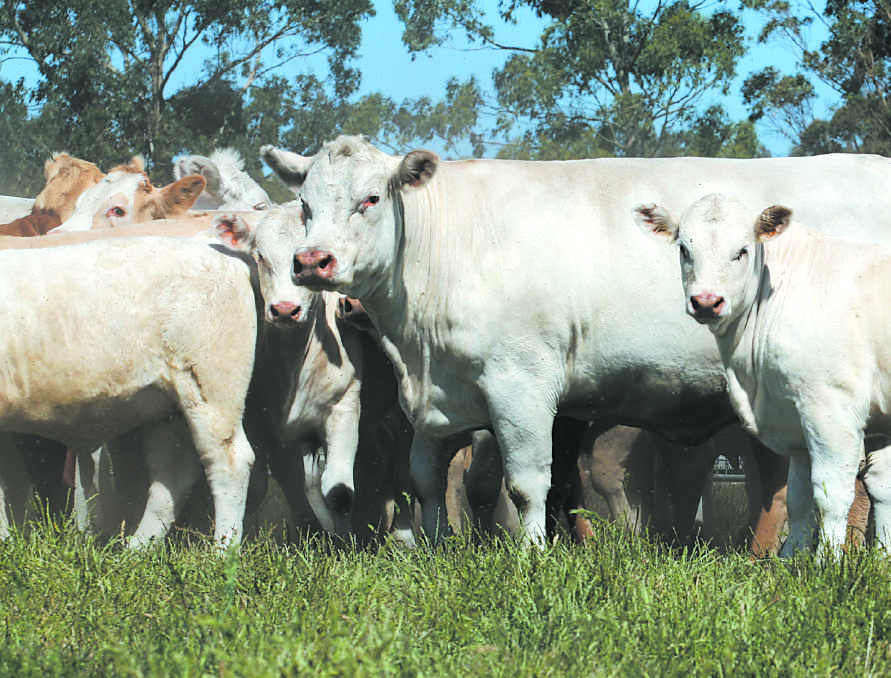 Grassfed cattle producers are being encouraged to speak up about how their levy funds are used and how they need better representation in the red meat industry.

GRASSFED cattle producers are being encouraged to speak up about how their levy funds are used and how they need better representation in the red meat industry.

Cattle Producers Australia chairman Dr Paul Wright said livestock producers across the country were becoming more frustrated with the lack of producer representation and he said they needed to speak up in order to ensure the changes to the red meat Industry structure expected next year, were what they wanted.

Dr Wright said he had met with Federal Agriculture Minister Bridget McKenzie about the industry changes highlighting the importance of cattle producers being well represented.

Also discussed was the formation of the implementation Committee back 2015 to facilitate the establish of CPA to replace Cattle Council of Australia (CCA) as the grass-fed cattle producer Peak Industry Council.

"Next year we are likely to see changes to the red meat industry structures following the Red Meat Advisory Council (RMAC) MoU Review and we need to ensure that cattle producers are well represented within the new structure," Dr Wright said.

Dr Wright went on to say that under the CPA model, levy payers would be able to elect a representative from their area - a representative who would be directly acting on behalf of cattle producers and accountable to them.

This is not the case with current producer representation in the red meat industry.

Dr Wright said people had been trying to deal with this for some time, with three Agriculture ministers in that time.

"It's a critical time for producers to air their frustrations and let politicians know they are not happy with the White Paper recommendations," he said.

"While the need for restructure is widely supported, several of the MoU review proposals should be rejected outright."

Dr Wright said there are estimated to be about 60,000-120,000 levy payers across Australia and grassfed cattle producers" had no direct representation".

"They have no input into how much they pay, how its collected, or how it is used for industry development."

Dr Wright said there hadn't been a review of the levy since 2006 with a follow-up 2009 review and endorsement.

Like wool levy payers, cattle producers should be able to determine the extent of their levies and how policies affecting their industry are developed and implemented.

"Levy payers should have a say," he said.

The LPA program has been operational for a number of years but the latest changes to include animal welfare and biosecurity kicked in on October 1, 2017.

Due to the backlash over a "lack of consultation" with industry, and a push by farm lobby groups, producers were given additional time to comply with the system before random audits were introduced in July this year.

Dr Wright said " he is unsure of the legal basis for the fee imposed upon cattle producers for compliance under the LPA accreditation system".

There has been a lot of angst among WA livestock producers over the LPA accreditation system and whether or not it was actually needed.

Boyup Brook cattle producer Neil Derrick said he had refused to pay for the LPA accreditation (a $66 fee) in order to obtain National Vendor Declaration forms.

Mr Derrick said that after arguing with Integrity Systems Company management, which oversees the LPA system, about having no legal basis to exist and producers being forced by MLA to comply with it, he was sent a new NVD book and accepted into the system.

He didn't even sit the test associated with LPA accreditation online.

"I said to them - you tell me where it's been written in legislation that I have to comply with this system to sell my livestock," Mr Derrick said.

"I threatened to take them to the ACCC over it.

"To date I haven't received an invoice for the NVD book.

"There is too much red tape and regulations in the industry and something needs to be done about it."

Mr Derrick said the system was flawed in other areas as well because Australia marketed its red meat product as "pesticide residue free" but he didn't know any producer that had had their meat tested to validate that.

"If they are going to market the product as that they should test each producer every year to ensure that we comply with it," Mr Derrick said.

"There's no testing being done at the moment.

"Our levy funds should pay for that to occur."

Gairdner mixed farmer Ian Peacock said if there was a move by producers to test the lawfulness of the LPA system in the courts he would support the idea.

"If they are going to take them to court, get on with it," Mr Peacock said.

"There has to be some accountability by the bureaucracy."

Farm Weekly spoke to Mr Peacock when the changes to the LPA system were introduced in 2017 and he hasn't changed his mind about whether it was good for producers.

"We were forced to sign up," Mr Peacock said.

"You haven't got an option if you run out of NVD forms the only way to get them is to sign up.

"You haven't got a choice.

"Things were working well before the LPA NVD system so there was no need for it."

Mr Peacock said the argument to introduce the program was so that it would be "easier to sell meat products overseas", but he didn't "buy it".

"We are just paying money out to support another layer of bureaucracy with no actual benefit," he said.

"No one is looking at these markets and asking if they really want it.

"Do they care if it can be traced back to my farm if it is reasonably priced and a good quality product?

"I haven't changed my mind and no one has been able to demonstrate that we've had extra benefits from it.

"If they are able to show us the financial benefit to producers then maybe, but we can't work on a wing and a prayer for 2c/kg because we have this system."

Mr Peacock said there was a lack of evidence that Australia even needed the system in order to market red meat into high end markets in Europe.

"If there's no commercial benefit why are we doing it?" Mr Peacock asked.

"Don't tell me that there might be one in Europe down the track, that's just not a good enough reason.

"My budget has to be as accurate as it can be and we can't be budgeting on a wing and a prayer.

"Doing a day of extra paperwork a month doesn't make me any money.

Sponsored by
The La Nina is starting to deliver for communities from North Queensland to the Darling Downs.
Test
The Julia Creek Dirt 'n Dust festival will not go ahead in April.
Test
Potent rural property values are being inspired by strong cattle prices, and low interest rates.
Test
The Prime Minister Scott Morrison has sympathised with farmers trying to get seasonal harvest labour.
Test
Biodynamic producers on the Atherton Tablelands harvest their most successful garlic crop in over 20 years.
Test
The livelihood of cane growers in the Lower Herbert is taking a hit with floodwater unable to escape due to drainage maintenance issues.
Test
FISHTAIL: A 912 hectare property, which was once part of the renowned Tully River Station, is on the market.
Test
The decision by rural lobby group AgForce to abstain from voting on an aspirational economy-wide target of net carbon zero emissions by 2050, as part of an NFF policy, has not been received favourably by the Green Shirts grassroots agricultural group.
Test