Lindsay Falvey and fat-tailed (Awassi) sheep in the Middle East.

Australia's next generation of agricultural scientists can build on our proud tradition of global success.

Success has many parents - so the saying goes. In the case of the massive successes of international agricultural research, no one person can claim parentage.

There are heroes along the way such as Norman Borlaug and his early cereal breeding, and the team that eliminated the cattle disease Rinderpest from the world - smallpox is the only other disease that has been totally eradicated.

Another is the founder of The Crawford Fund, Derek Tribe, who was also instrumental in the creation of what is now the International Livestock Research Institute, which I chair.

However, it would be more correct to highlight the thousands of scientists who have contributed to the world's greatest feat of feeding an extra three billion people when pundits said it was impossible.

More than 30 per cent of the world was hungry in the 1960s; today it's around 15pc yet population has doubled.

Australia has been a consistent funder and collaborator in this major success, much of which was achieved through international agricultural research centres, particularly those that form CGIAR, a global research-for-development partnership working for a food-secure future.

Australians have been highly represented in these and other elite research centres since their beginnings in the 1960s.

Now, 50 years on, a new generation of agricultural scientists, thought leaders and research managers is needed to carry on this scientific and humanitarian work in the face of such complex and 'wickedly' inter-related problems as world poverty and malnutrition, global warming, and mass migration.

My own association with this rewarding international field has spanned many different aspects from research to research governance to development.

It has not been as scientifically profound as many of my colleagues - but it has been fulfilling, worthwhile and fun. I would like to share part of that story to encourage others who are entering the sector.

Fifty years ago I started in the tropics, which led into 45 years' association with international agricultural research and development.

It is easy to imagine that my career was somehow planned, but I have not had a career in that sense at all. A colleague once described it more as opportunistic, which is largely correct - it has been based on taking opportunities where I thought I could make a difference as they arose, and accepting the risks that came with them.

The first ingredient was a sound agricultural science education, which fortunately Australia continues to offer.

My 'career' included, for example; conducting livestock research in what was remote northern Thailand; development consulting for the World Bank, AsDB, UN and the aid organisations of three countries but mostly Australia; managing development-consulting companies; being Dean of the nation's largest faculty of agriculture; some private sector ventures; directorship of a major foreign investment in agriculture; reviewing two international research centres, and chairing the ILRI board.

The trajectory is non-linear and is far from conventional, but what skills were honed by one field proved useful for others. If I have any advice for some of the NextGen, it is - if you are comfortable with change, take opportunities as they arise rather than follow what were the career paths of the OldGen.

Peer management of skilled specialists is a specialist task in itself and is easily undervalued if healthy food for marginalised people is treated in the same manner as a non-essential commodity in a generic approach to management.

This means that the new generation of agricultural researchers and developers will include both specialists and specialist-managers.

That is my experience; it has not produced a new plant variety or rid the world of a zoonotic disease but, as a small cog in that complex machine, it has supported such things.

I see its outputs in the results of significant scientists in the international agricultural research centres, universities and commerce.

Operating in a competitive environment funded by governments and philanthropists, international researchers may find that objectives do not always align with those of funders or with those the ultimate clients of research, the food-marginalised of the world.

Balancing these factors is part of the specialists' manager.

Across the whole sector, some of the outstanding successes of diverse scientists include:

Building on such successes, today's challenge continues for such areas as animal and plants pests, diseases and production-intensification in addition to eliminating debilitating malnutrition. 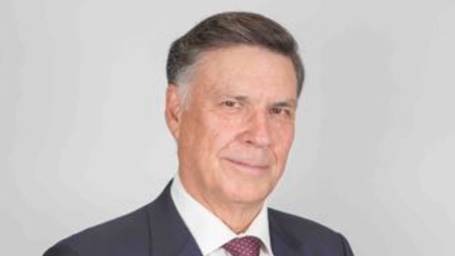 A world in which malnutrition condemns up to a billion people to stunted and mentally incomplete lives is morally incompatible with modern knowledge when it has researchable solutions.

Solutions may include genetic manipulation to enhance deficient micronutrients in plants, and the improved production of animal-sourced foods that are essential in the first 1000 days from conception.

In these and other cases, research will be conducted within an integrated context that adapts to climate change and reduces past environmental impacts.

The Nextgen - as The Crawford Fund calls our brilliant younger agricultural scientists - will make a major contribution to these and other international challenges. In that way they will enhance a proud tradition.

He will address a World Food Day event on October 16: Global Challenges and the 'NextGen'.