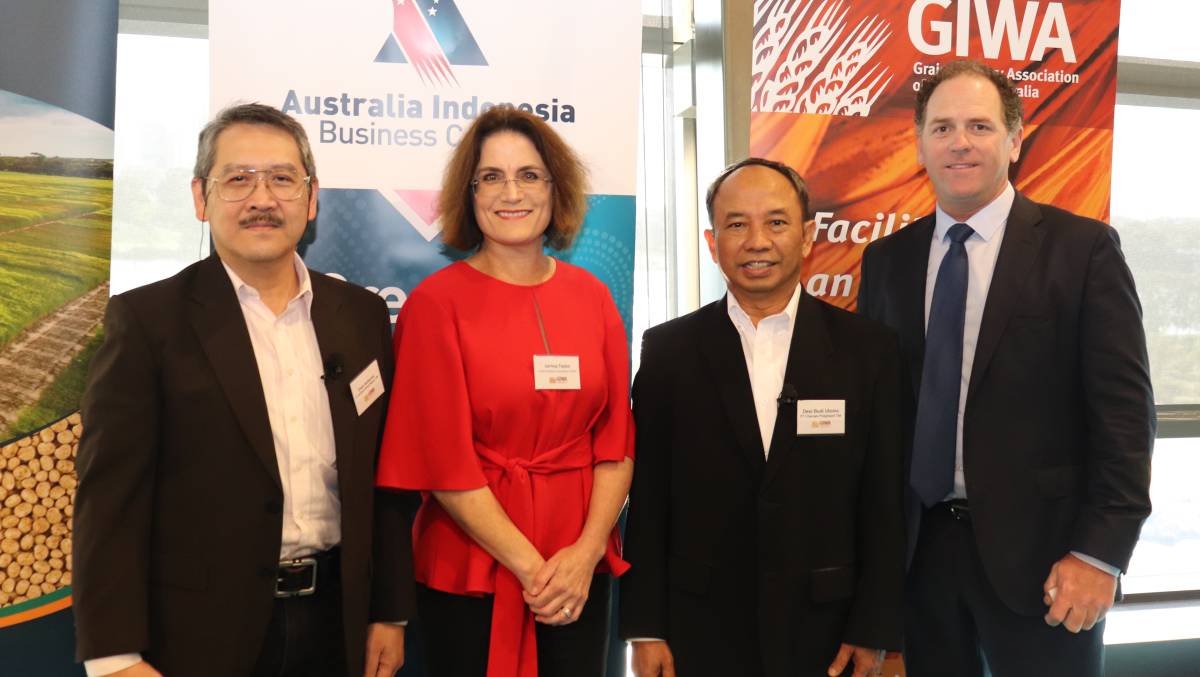 Millenials or generation Y, are predicted to take the lead of Indonesia's economy, including its wheat flour market, over the next five years.

MILLENNIALS, or generation Y, are predicted to take the lead of Indonesia's economy, including its wheat flour market, over the next five years.

Deputy director PT Indofood Sukses Makmur Tbk and Indonesian Flour Millers APTINDO representative Erwin Sudharma, who gave a keynote presentation at the Grains Industry Association of Western Australia forum this month, said that small medium enterprises made up 66 per cent of Indonesia's wheat flour customers, while the remaining market was shared by Indonesia's large and modern industry, including its publicly listed companies.

"Most of Indonesia's small medium wheat flour enterprises start out as a hobby in the person's home and progress to a proper income and business as they begin to take routine orders from friends and local members of their community," Mr Sudharma said.

"The small to medium enterprises in Indonesia look for consistent quality of their flour, price is quite important, as well as availability.

"Indonesia has 17,000 islands, so logistics can be quite important for these enterprises to maintain their price and competitiveness in the market."

With the majority of the small medium wheat flour enterprises typically traditionally managed, family owned and community minded, Mr Sudharma said the artisan/boutique segment of the small to medium enterprises were largely made up of millennials.

"Millennials are the fastest growing segment in Indonesia who have their own brands, pay a lot of attention to their packaging, have their own websites and are very creative," Mr Sudharma said.

"We believe within the next five years they will take over the market."

At about 153 million people, Indonesia's Y and Z generations represent about 60pc of the country's 266m population.

This means Indonesia now has one of the world's youngest demographic profiles, with 60pc of the population below the age of 30.

"The profile of Indonesia's millennials are they are born between 1980 and 2000, so they are either in high school, university students, first jobbers or in mid-level management positions," Mr Sudharma said.

"Our millennials typically have money, a good education and they enter the wheat flour market using online systems, social media, e-communications and e-commerce."

He said Indonesia's millennials were different to other generations in how they marketed and consumed their products, as most were interested in buying an experience rather than the product itself.

"They make their products different from others - the image is very important as well as the service - it's all part of the millennial spirit," Mr Sudharma said.

With the total yearly income of generation Y sitting at $38.2 billion in 2015, as the groups income continues to increase, so will their buying power in Indonesia.

"They are slowly catching up with gen X and by 2020 we expect them to drive Indonesia's economy," Mr Sudharma said.

"This is already happening across all of Indonesia's businesses, for example our housing economy is down because, typically, millennials prefer to buy a small apartment instead of a house as they spend most of their time outside of their home, at the mall, having coffee with their friends etc."

The break down of the wheat flour for small medium enterprises in Indonesia were 22pc bakeries, 20pc retailers, 9pc wet noodles and the remainder made up of cakes, biscuits, pancakes and pastries.

"This year we predict Australia's wheat contribution will be about 13pc of our wheat grain imports," Mr Sudharma said.

"We are very happy with Australia's wheat, but for two years the wheat has not been there, so we have had no other choice than to source wheat from other countries and the Black Sea.

"The flour mills, bakeries and noodle makers had problems trying to adapt to the new wheats because the quality is not the same.

"The wheat becomes dark very fast so it also impacts the economics of producing the wheat.

"But after two years we have started to adapt to the new wheat and accept the quality."