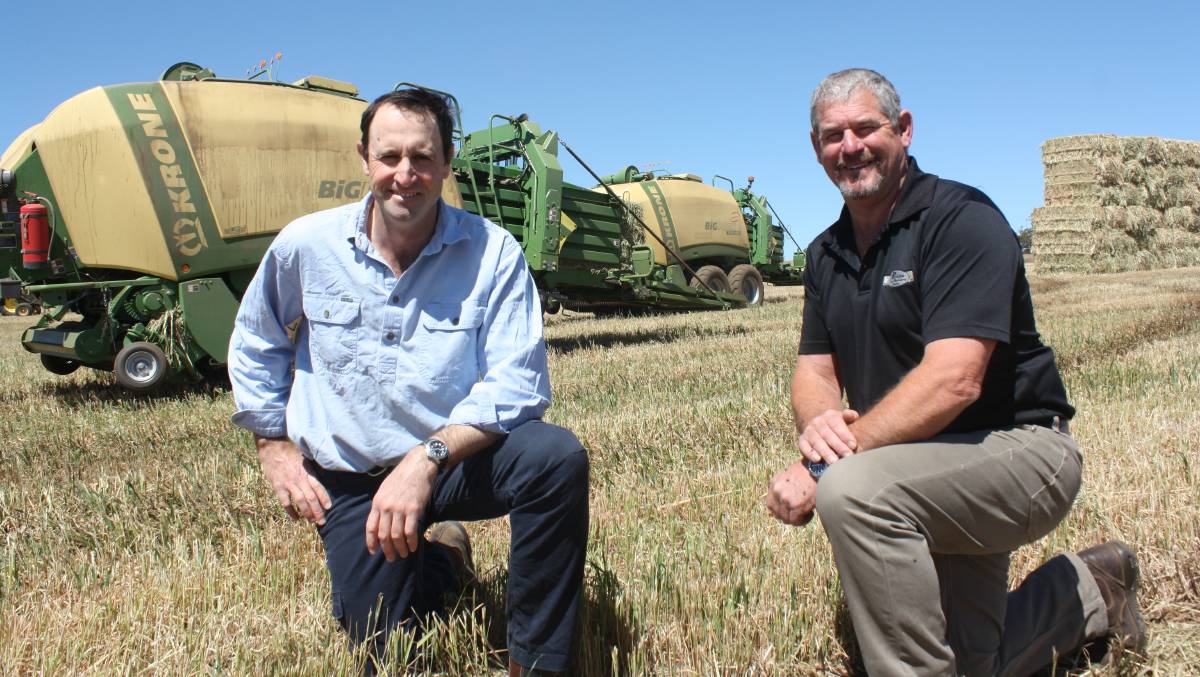 WHEN you think about making export hay, the first words that generally pop into your mind are, 'make to specifications'.

So to tick all the boxes, a producer knows he has to cut his hay crop at the right time and bale within a short window that, theoretically, produces optimum baling conditions.

I say theoretically, because optimum conditions on any day can mean anything from an hour to 12 hours.

On the tail-end of an 1850 hectare program, which so far has yielded more than 12,000 large square bales, Mr Fowler said his two Krone models easily handled the month-long program involving four farms, quipping, "I probably would have needed four conventional balers to do this program, if I didn't have the Krones".

Apart from the Williams property, Mr Fowler also has farms in the Harrismith and Dudinin districts.

In a nutshell, the Krone balers have doubled his baling hours, compared to what he could achieve with his conventional balers (10 hours a day versus five hours); increased average baling speed to average 28 seconds a bale compared to 42 seconds on his old balers and produced heavier bales.

Those figures were achieved in what can be described as normal conditions, where every day greets you with different temperatures, moisture and relative humidity.

And the pleasant surprise is that when the operation is completed, Mr Fowler can look forward to top prices in a year where quality large square bales can gross more than $300 a tonne.

"We've had an outstanding window for producing quality hay, despite a difficult year," Mr Fowler said.

"It was a late start, germination was staggered and after good June and July rains, August was ordinary and September was dry.

"But the hard finish and a bit of frost has sweetened up the hay." 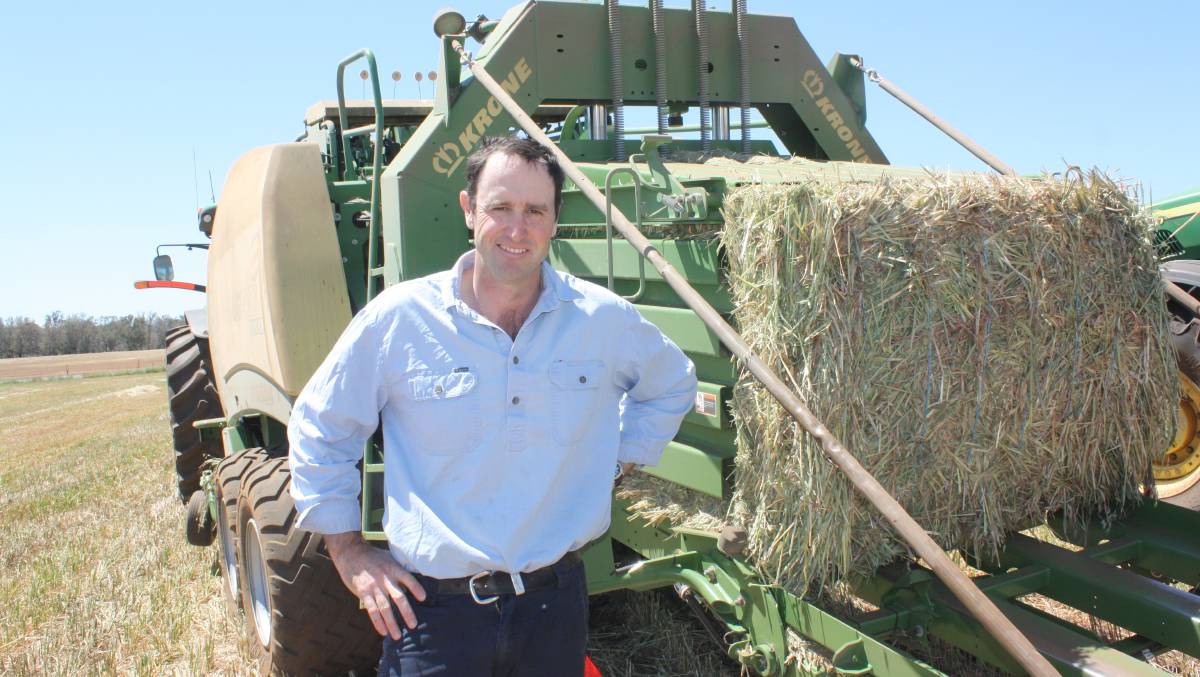 Mr Fowler is impressed with the Krone baler's variable filling system and chamber design which together "enables us to consistently produce high quality bales even in adverse conditions".

According to Mr Fowler, the Krone balers represent a "game changer", giving him the capacity to make solid, heavy duty bales throughout the day, when previously heat and low humidity would have halted baling.

"We were making 700 kilogram bales in relative humidity as low as 30 per cent which gave us a lot of confidence to continue baling in adverse conditions," he said.

"I think the big thing for me, particularly, is the balers' ability to bale in drier conditions and the fact we didn't have any breakdowns or blockages," he said.

"There's an automatic cut-out clutch that is activated if you start to get an overload, and this enables the lump to get through the feeding system without stopping the PTO or leaving the driver's seat.

"I also think the pre-season work done by Perkins helped a lot in the reliability of the balers."

According to Krone, its new cam-less Active Pick-Up has been designed to handle wide windrows, short crops, dry crops and other challenging baling conditions.

The pick-up is designed with galvanised scrapers to ensure a constant crop flow as the tines retract, enabling operators to work at faster ground speeds with higher throughputs.

The principle of the VFDS system sees the packer and feeder tynes convey the crop into the feed chamber where it is collected and pre-compressed.

Once the feed chamber is completely full, the feeder rake pushes the crop into the bale chamber.

The Krone BP1290HDP-HS is equipped with a long funnel-shaped bale chamber with spring-loaded retainers on the side and tip towards the front.

The rounded edges of the side walls guarantee smooth bale edges.

An on-board hydraulic system with automatic baling pressure control, maintains bale shape and tidy edges, even in damp conditions and with different crops.

Two sensors measure the force of the plunger, while a control system compares this measurement with the operator settings and the hydraulic system automatically adapts the pressure exerted on the chamber walls.

Krone has retained its double knotter system - the knotter feeds an upper and a lower twine to the bale as it is being pressed and ties the twine with two knots, which Krone claims provides the optimum 'hold' for high-density bales.

The baler is fitted with 32 twine balls meaning you can press more than 900 bales without stopping for a re-fill.