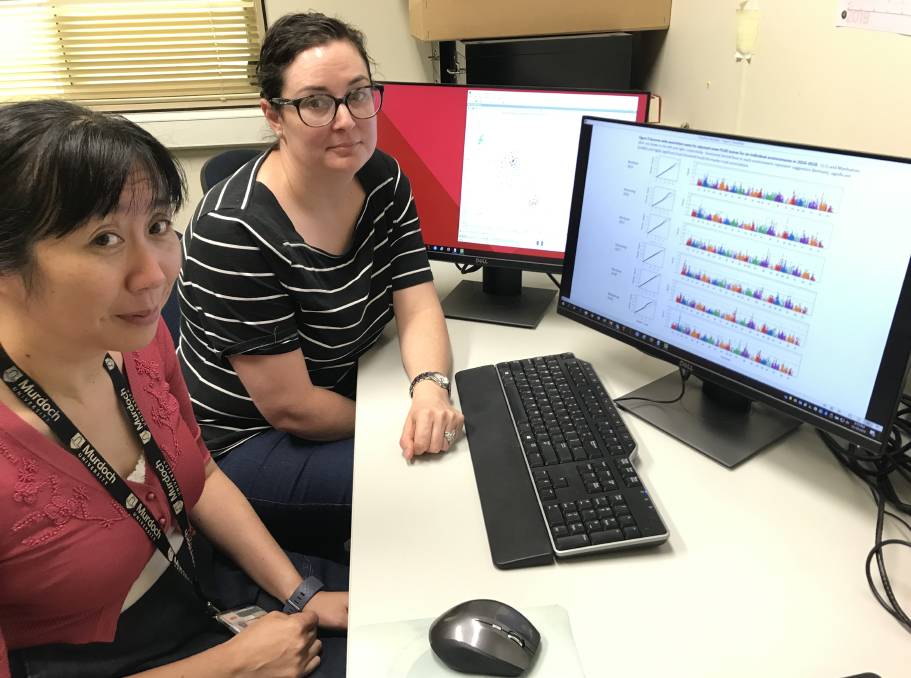 New wheat varieties with improved tolerance to the fungal disease Stagonospora nodorum blotch (SNB) are a step closer, with the discovery of suitable wheat germplasm and several resistant genes.

NEW wheat varieties with improved tolerance to the fungal disease Stagonospora nodorum blotch (SNB) are a step closer, with the discovery of suitable wheat germplasm and several resistant genes.

Department of Primary Industries and Regional Development (DPIRD) researchers have been assessing wheat lines from around the world in disease trials and found a total of 19 local and international lines with good SNB resistance.

The research is part of the Effective Genetic Control of SNB project, which has co-investment from the Grains Research and Development Corporation.

Senior research scientist Michael Francki and his team evaluated 234 genotypes from Australia, Mexico and Syria in six different environments across the WA Grainbelt from 2016 to 2018.

"To develop effective SNB resistance in commercial varieties, we needed to find wheat expressing consistently low SNB response in different field environments against a diversity of fungal isolates collected from WA that can be used as donor parents in breeding," Dr Francki said.

"The best performers were unreleased advanced breeding lines sourced from the International Maize and Improvement Centre (CIMMYT) and the International Centre for Agricultural Research in the Dry Areas (ICARDA)."

The evaluation process also provided an opportunity to use sophisticated high throughput genetic marker technologies to localise some of the genes responsible for SNB resistance to specific regions of the wheat genome.

"Each of the 234 wheat lines were screened with more than 23,000 genetic markers, spanning the entire wheat genome and associations with disease response made for each marker," Dr Francki said.

"It appears several individual genes are closely linked on the same chromosome with evidence that each gene responds independently to different fungal isolates and environments."

The discovery has enabled scientists' to refine their understanding of the genetic and environmental interactions that influence SNB disease response, which will help to make breeding for SNB resistance more efficient.

Dr Francki said the next step was to identify the causal genes for SNB resistance.

"My team of researchers working at State Agricultural Biotechnology Centre at Murdoch University are making considerable progress in identifying and characterising the individual causal genes in the specific regions of the wheat genome that contribute to resistance," he said.

"We are also learning more about how these causal genes interact with each other, different environments and changing SNB isolates.

"This information will help wheat breeding companies to develop more tailored and robust varieties with improved SNB resistance that perform well in a wide range of locations throughout the WA grainbelt."

The use of the newly mapped whole wheat genome sequence has been critical to the team's success in identifying the genes and the biological pathways responsible for SNB resistance.