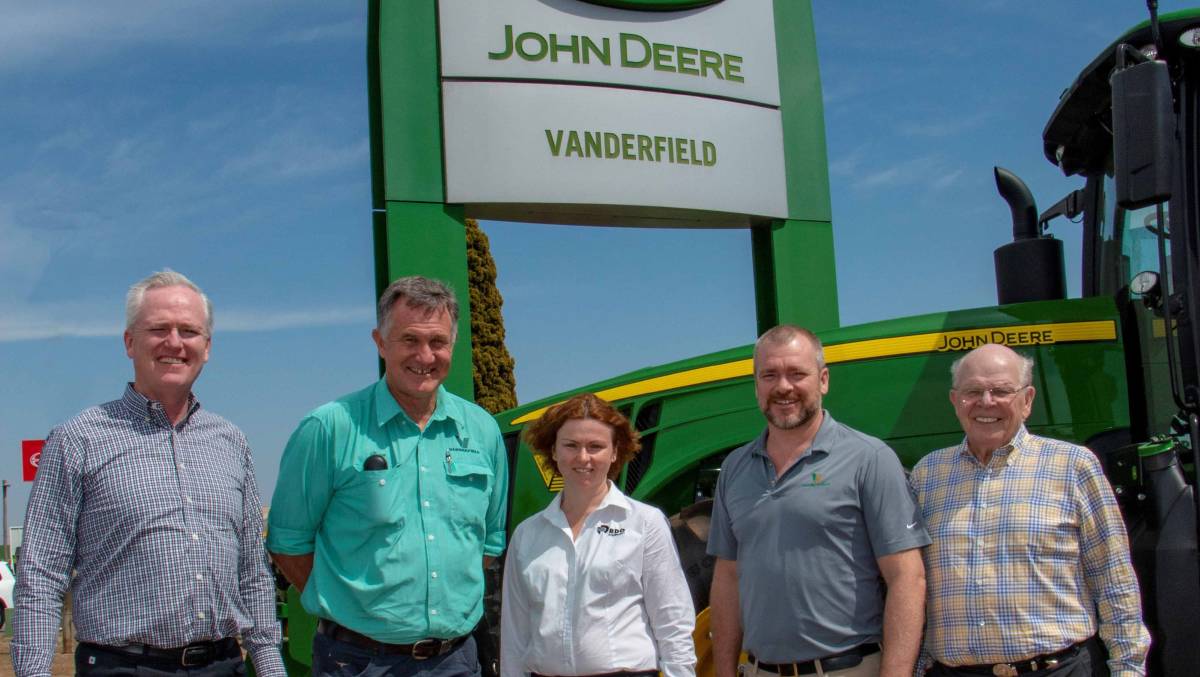 John Deere dealer Vanderfield has been sold to RDO Equipment

The sale of John Deere dealer Vanderfield to American machinery dealers RDO Equipment was finalised last week, signalling the end of an era for the Queensland based family enterprise.

While the Vanderfield brand will continue, Bruce Vandersee will step down as CEO for the company, transitioning to director and shareholder of the newly formed RDO Australia Group.

Established in 1968 by Ron Offutt, RDO is the world's largest John Deere dealer, with over 90 locations in the US along with holdings in Australia, Mexico, Africa, Russia and the Ukraine. Earlier this year RDO took over as the John Deere construction and forestry equipment dealer for all Australian states except WA.

RDO Australia CEO Julie Whitcombe said along with taking ownership of Vanderfield, the new company had also completed the acquisition of construction dealer Vermeer Equipment Holdings, following its purchase of a 50 per cent stake in the business earlier this year.

Ms Whitcombe said while the final acquisition of Vanderfield was completed last week, RDO had been an investor in the company for about seven years.

"RDO have been a partner in the business for some time now," she said.

"We have gotten to know that business really well and it has been a strong partnership with the Vandersee family."

Ms Whitcombe said RDO would be retaining the Vanderfield brand and there was no intention to disrupt the current business model.

"RDO has enormous respect for the Vanderfield brand and everything it stands for, the Vandersee family has built an excellent reputation in the markets they operate in, with the customers and with staff," she said.

"Vanderfield is not going anywhere.

"We want to see all the exceptional talent in that business retained and make sure Vanderfield continues to be Vanderfield."

When questioned, Ms Whitcombe did not rule out further expansion by RDO into the Australian market, however said the company was concentrating on consolidation of the current portfolio.

"For now there is a lot of work to be done consolidating the construction and forestry business, making sure it is working well and supporting the Vanderfield and Vermeer business that is coming into the fold as well," she said.

"The RDO team and the Offutt family have a genuine commitment to the Australian market, running their business for the benefit of all stakeholders, and they remain committed to the values that have made them successful the past 50 years.

"I am excited to have the opportunity to bring these three companies together as one team."

"The new RDO Australia Group will be built on the strong legacies of the Vanderfield and Vermeer Australia businesses, focused on their customers' long-term success," she said.

"Peter, Ian and Bruce have committed decades of hard work to serving customers across Queensland and eastern Australia, and I know their continuing contribution to RDO Australia Group will be incredibly valuable."

The story End of an era for Vanderfield first appeared on Farm Online.