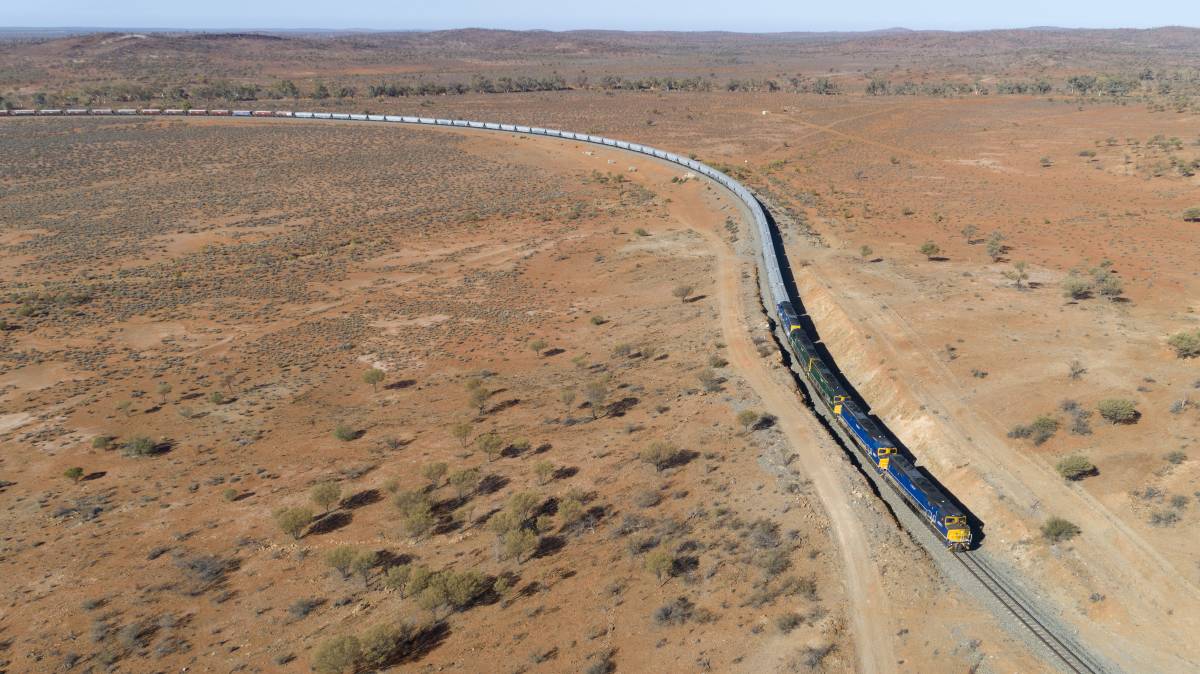 Grain trains are expected to run from South Australia to northern NSW once again this season.

Domestic grain users in northern Australia are assessing where to get their supplies from this year - and closest isn't always cheapest.

FLUCTUATING freight rates mean that Victorian farmers will not be the only interstate providers of grain to the massive domestic market in northern NSW and southern Queensland.

Victoria was expected to pick up a large tract of the lucrative market, but while it will still get its share of the action, industry analysts still expect plenty of grain from South Australia and Western Australia to make its way across.

Many Victorian growers had assumed, as the closest area to the market with serious volumes of grain, that they would be the preferred supplier into northern markets.

However James Maxwell, Australian Crop Forecasters, said this was not necessarily the case.

"It can chop and change a bit according to freight rates for road, train and boat," Mr Maxwell said.

He said for the majority of the time moving grain from South Australia to northern NSW via the mainline rail system was the most efficient for landing grain into far northern NSW and southern Queensland.

"We did some rough sums, moving grain from the Bowmans grain storage in South Australia via rail against grain moving via an intracontinental shipment from Kwinana or trucked from Ouyen in Victoria all delivered Darling Downs and the train came out cheapest," Mr Maxwell said.

He said the rough line for Victorian grain producers looking to export grain interstate via truck to have a clear advantage in terms of freight was the northern Riverina.

There are no meaningful rail routes to allow Victorian grain to be moved north via rail, whereas South Australian grain can be railed via the Crystal Brook to Broken Hill line, which then runs across to Parkes in central NSW.

Last year Australia's longest grain train at 1.8km, was loaded at Crystal Brook and sent to Moree and Newcastle in northern NSW.

In terms of shipments, Mr Maxwell said a rough rule of thumb had been a cost of around $110 a tonne to land grain from WA to the Darling Downs last year.

However, he said with less grain produced in the west this year the market would look at SA and Victoria as part of the mix as well.

"It surprised a lot of people how efficiently it worked bringing grain from the west last year, but there won't be as much coming across this year due to the smaller harvest, along with the fact there is more competition from Victoria and SA."

GrainCorp operations manager Nigel Lotz said his organisation was prepared to move grain around its network to meet demand in various ways this year.

"We will see trucks heading from Victoria north no doubt and there is also the possibility of grain coming from Victorian ports around the east coast, it just depends on what the domestic buyers want whether we see regular small amounts going by truck or big movements in bulk."

Mr Maxwell said the larger consignments could be put together by multiple users.

"A grain train is not likely to be just for the one user, it will be for multiple users in that particular area."