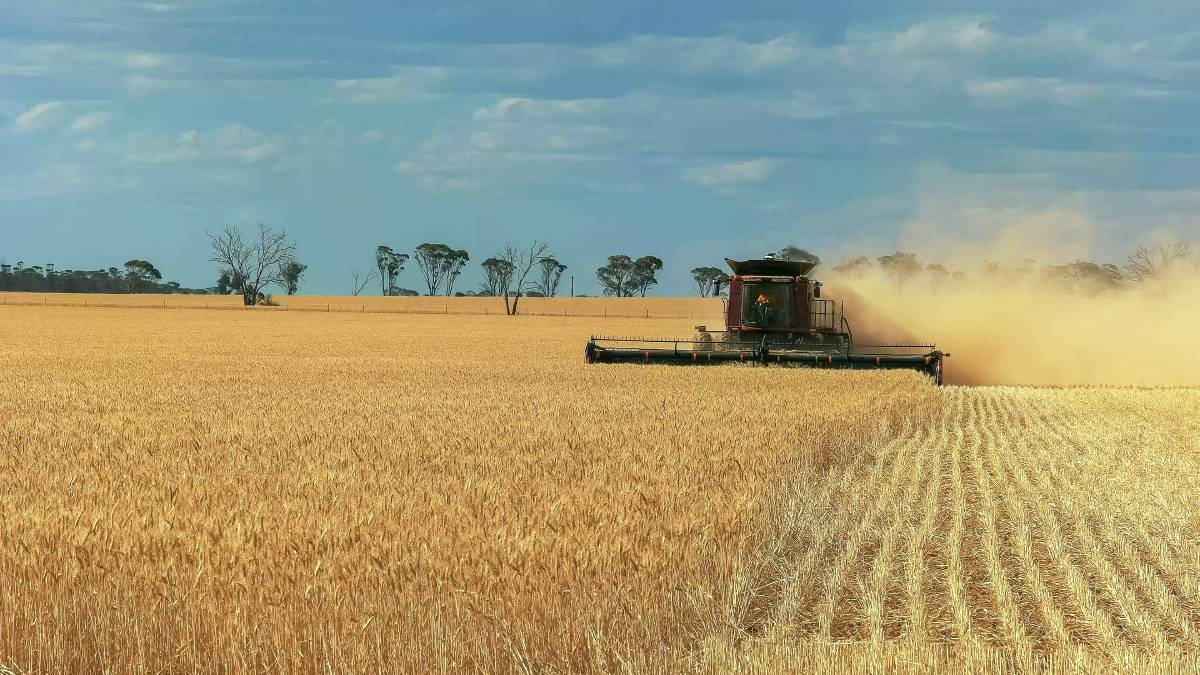 A couple of big weeks in the header has pushed the Australian winter crop harvest well past the halfway mark, as we enter the month of December.

In Western Australia, total receivals will be lucky to top 10 million tonnes, a fall of almost 40 per cent on the 16.2 million tonnes received last season.

Canola receivals will certainly edge past the 1 million tonnes mark, but will struggle to go much higher as the harvest has finished in most regions.

The barley harvest is also winding down across the state, even in the southern reaches of the state.

Yields have not lived up to expectations, and total production of less than 3.2 million tonnes is expected.

The malting barley selection rate has also been quite poor.

While it has improved as the harvest has progressed south, at around 23pc (including Malt2), it sits well below the long-term average.

The WA wheat harvest has been an even bigger disappointment, with yields coming in well below expectations, and total production could easily be less than 5.5 million tonnes.

While it shouldn't be surprising considering the hard finish, protein levels have been well above that of recent years, with only 10pc of deliveries going into the Australian Standard White bin, down from 46pc last season.

This has led to a rally at the low-quality end of the market, as exporters scramble to buy wheat to blend away on feed shipments into Asia.

The grade spreads narrowed across the week.

The story on the eastern side of the Nullarbor is not much different.

While production of wheat, barley and canola in South Australia will each edge higher than last year's drought-ravaged numbers, the difference will only be minimal.

At this stage, it looks like wheat production will exceed 3 million tonnes, but only just, unless the yields in the south are better than expected.

Barley yields have surprised to the upside pushing production north of the 1.7 million tonnes produced last season, and canola deliveries are projected to be around 320,000 by the time harvest has concluded.

High protein has also been a feature of the South Australian wheat harvest, but the spread between H2 and Australian Standard White has remained relatively constant at around $8-10 over the last couple of weeks.

Victoria has fared the best this season with a substantial turnaround in production compared to last year's drought impaired yields.

The hot, dry and extremely windy weather mid-way through November did take its toll, particularly in paddocks that were ready for harvest, but yields continue to hold up reasonably well.

As harvest pressure has mounted in recent weeks, prices have dropped enough to entice domestic consumers and the trade to buy up, especially with WA and SA now finding export demand for both wheat and barley.

Meanwhile, the Bureau of Meteorology (BoM) released its summer outlook on Friday and the news was not good for large tracts of the Australian continent.

The outlook summary suggests that the December to February period will be drier than average for much of the nation, particularly across eastern states, and there is a high likelihood of warmer than average days and nights for a majority of the continent.

The dry signal is expected to contract to the east of the country as the summer progresses with much of the WA coastline, particularly the Gascoyne, Pilbara and parts of the Kimberly regions, having a high chance of being wetter than average in January and February.

While the outlook for drier than average conditions may ease for some areas heading into 2020, several months of above-average rainfall would be required to see a recovery in soil moisture levels due to the sustained dry.

A positive Indian Ocean Dipole (IOD) continues to be the primary climate influence in Australia, although it has progressively weakened slightly from record levels throughout November.

Under positive IOD conditions, the southern two-thirds of the continent typically experience below-average rainfall and warmer than average temperatures.

This is broadly in line with the BoM's summer outlook.

The IOD's influence over Australian weather is historically lower in the summer and early autumn months.

However, the strong IOD combined with the delayed migration of the monsoon into the southern hemisphere this year suggests that it will continue to be a major driver well into the summer period.

The Southern Annular Mode (SAM) is the other significant climate influence at the moment, and it remains in negative territory.

SAM refers to the (non-seasonal) north-south movement of the strong winds that blow almost continuously in the mid to high latitudes of the southern hemisphere.

This belt of westerly winds is also associated with storms and cold fronts that move from west to east, bringing rainfall to southern Australia.

The last three months have not been kind to those looking for rain, and the 2019 spring was officially the driest in the BoM's 120 years of rainfall records.

Of course, now that we are into the winter crop harvest dry conditions are welcomed, and a summer drought is the norm in the southern third of the continent.

However, the soils across the Australian summer cropping regions are parched, and virtually no sorghum or cotton has been planted to date.

According to satellite imagery, of the 1 million hectares of arable land in southern Queensland, less than 10,000 hectares have been sown to any crop (including fruit and vegetables).

And the planting window is closing fast, with the prospects of a wide-scale plant are quite remote.

The smaller the sorghum crop, the bigger the transhipment task from SA and WA over the next 12 months and the lower the exportable surplus available to meet inelastic Asian demand.

The story Weather outlook great for harvest but not for summer crops first appeared on Farm Online.