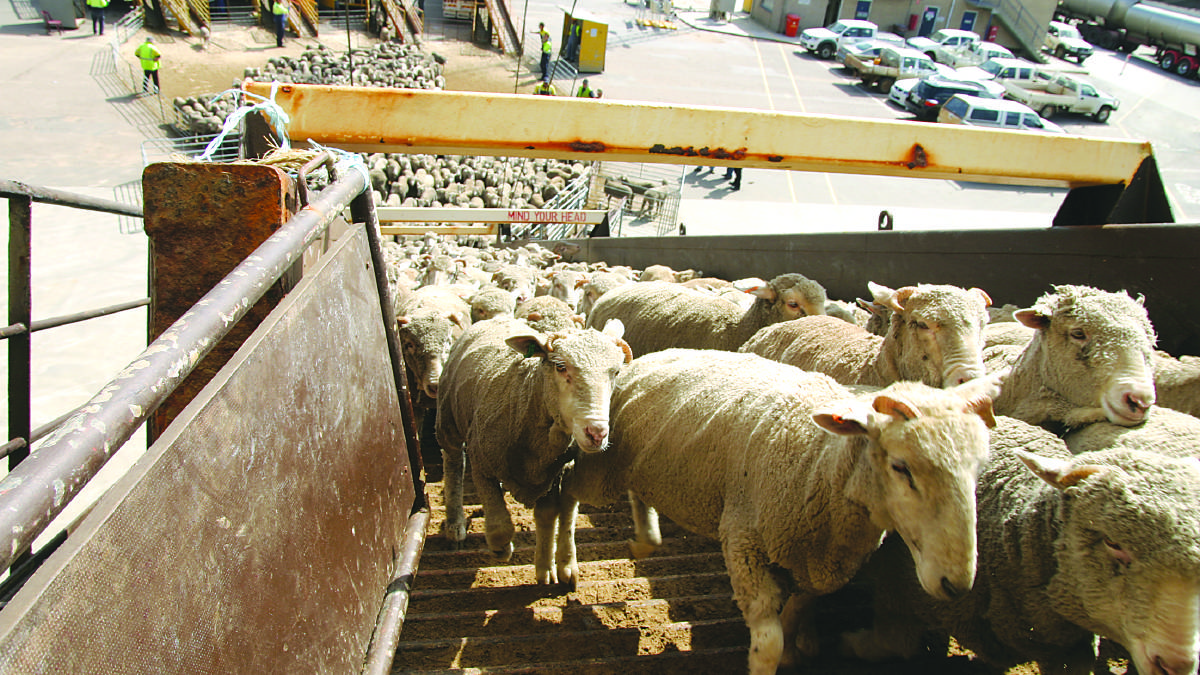 THERE are enough single-tiered vessels operating out of Australia to fill the need of both the live sheep and cattle export trade, without two-tiered vessels remaining in the market longer than the Australian Maritime Safety Authority's (AMSA) Marine Order 43 intended phase-out on January 1, 2020, according to Wellard executive chairman John Klepec.

Mr Klepec's comment came after the Federal government decided to grant exporters an exemption if they could meet certain conditions, which includes a plan to phase out the vessels within a responsible timeframe while maintaining industry standards.

Federal O'Connor MP Rick Wilson said he had been working on the issue "quietly, behind the scenes," since April when he wrote a letter to the Deputy Prime Minister Michael McCormack, who is the Transport Minister, to consider the option to allow the live export industry to work through the recent changes that had been implemented last year by the Independent Regulator.

"It's a good result for the industry," Mr Wilson said.

"The phase out remains in place but the ships on the run from WA to the Middle East will have the opportunity to apply for exemptions."

Mr Wilson said any exemption application would need to satisfy AMSA and the regulator that there was a "phase out and vessel replacement plan in place" as well as an approved animal welfare plan - which have been required under the heat stress risk assessments that accompanied every consignment.

"It's a solution that will allow existing ships to operate insomuch as they comply with the standards," Mr Wilson said.

Marine Order 43 initially required the vessels to be phased out by 2023, but under the previous Liberal government that date was brought forward to the new year.

Export companies had expressed concern with the amount of changes to the industry in a short timeframe, since the Awassi Express incident, as well as how an uncertain future politically would deter investment in modernising their fleet and called for more time to transition to the new standards.

"A ban from January 1 would have halved the number of ships servicing WA's live sheep trade to the Middle East, which is worth about $160 million to the State's economy," Ms Davies said.

"It would have been another blow for an industry getting back on its feet following last year's trade suspension.

"The community and sector expects that the transition to modern purpose-built ships will still occur - we are all committed to the highest standards of animal welfare."

It is understood that Kuwait Livestock Trading and Transport's WA business arm Rural Export and Trading WA and Livestock Shipping Services (LSS), which operates the Maysora, received a letter from the regulator outlining the changes last week - four weeks before the vessels were to be retired from Australia.

The decision could see the vessels in operation in Australia for an additional two years if they satisfy the requirements of AMSA.

LSS also had the Bader III vessel but that has undergone a refit to remove the second tier and would not be returning to Australia as it was servicing other countries, according to the company.

A KLTT spokesperson said the company "welcomed the additional time to transition to the new arrangements".

KLTT operates the Al Shuwaikh which was one of the two remaining twin-tiered vessels operating out of Australia in the live sheep trade.

Last month it loaded 67,000 sheep out of Fremantle to the Persian Gulf market and is believed to be returning to WA in the near future, though the company may also send it to South Africa again sometime in the new year after a successful first consignment from there.

Farm Weekly understands that although there was no requirement to comply with Australian export standards operating out of South Africa, the company loaded in accordance with current industry stocking density standards to manage the risk and ensure good animal welfare outcomes on the voyage.

Wellard has been vocal about the issue and has moved away from live export trading to focus on its more profitable charter business and its position has been seen as trying to profit from removing some vessels out of the trade.

Mr Klepec said the Federal government's decision to force single-tiered vessels to meet minimum air velocity standards while awarding double-tiered vessels a stay of execution was contrary to good animal welfare and risked the long-term sustainability of the live sheep industry and the farmers that rely on it.

"It is unfathomable that 13 years later double-tiered vessels are being specifically exempted from this minimum requirement while single-tiered vessels, which provide numerous other animal welfare benefits, must comply."

Mr Klepec said many vessel owners, including Wellard, had invested large amounts of money to upgrade ventilation systems or improve ventilation design to meet the new standards and reduce risks to animal welfare.

"Vessel owners who have chosen not to invest in upgrading their vessels up to the minimum standard now have a commercial advantage by being granted these special privileges," he said.

"Frankly, that's a perverse outcome and contrary to the Australian public's expectation and the long-term future of a trade that can ill-afford another animal welfare incident."

Mr Klepec said Australia was the benchmark standard for live export but "this retrograde action undermines the progress achieved".

"The Agriculture Minister and the Minister for Transport must go back to plan A, where from January 1, 2020, all vessels, whether they be double or single tier, must meet the 0.5m/s air velocity requirement and double tier vessels are banned," he said.

Mr Klepec said the company was well aware of claims "that there will not be enough shipping capacity to handle the logistics task if double tier ships are banned" from operating out of Australian waters.

"This is wrong," Mr Klepec said.

"In fact, there is presently an oversupply of shipping capacity.

"This view was confirmed by AMSA when it appeared before the Senate's Rural and Regional Affairs and Transport Committee in early November.

"In his evidence AMSA chief executive Mick McKinley said 'our view is that there are ships available... if we look at all of the ships that are available in that trade, without looking at specific companies, our understanding is that there is adequate compliant tonnage available'."

He said removing double-tier vessels would reduce the number to six - the Ocean Drover, Ocean Shearer, Ghena, Anna Marra (formerly the Awassi Express), the Nada and the Al Messilah.

Combined they could carry 1.2 million sheep annually, which would be slightly more than the 1.1m head that were exported in 2018.