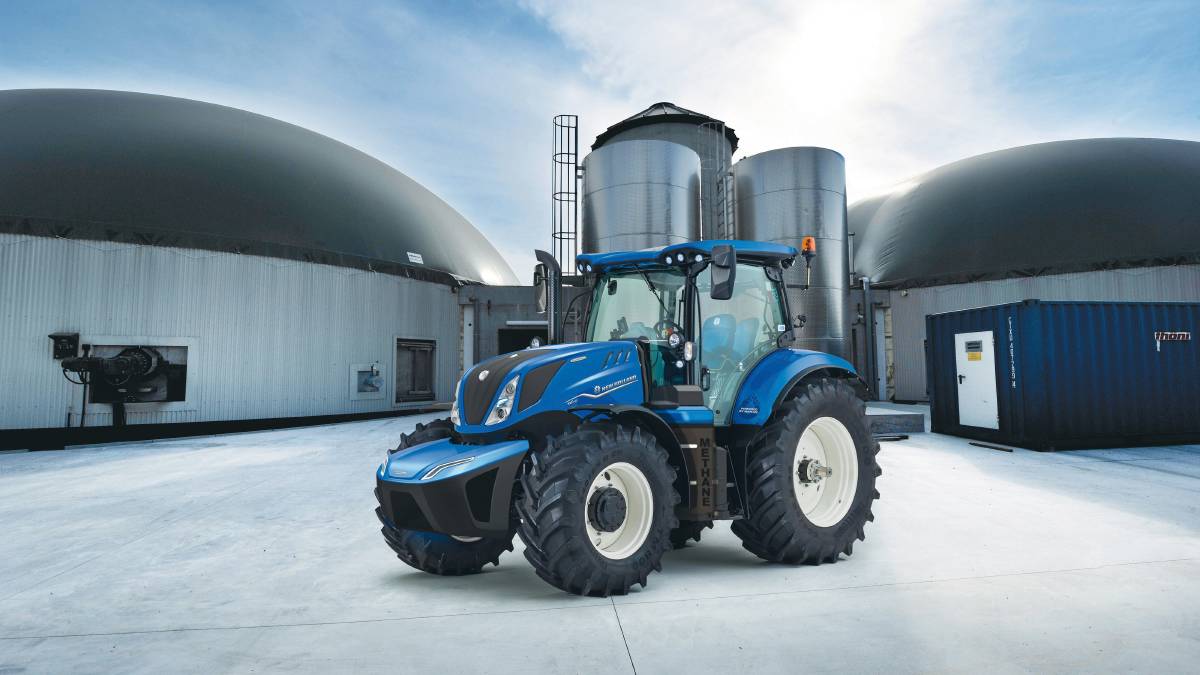 New Holland Agriculture have unveiled the first commercial T6 Methane Power tractor, boasting the same performance as a diesel equivalent with up to 30 per cent lower running costs

The CNH Industrial brand launched the tractor in November at Germany's Agritechnica.

New Holland brand president Carlo Lambro said the T6 Methane Power was the culmination of the companies work on alternative fuels as part of its clean energy leadership strategy.

"It is a significant step forward on the path to decarbonising agriculture, and it is happening now, as the development of this sustainable tractor has reached its production phase," he said.

New Holland head of tractor product management said the tractor unveiled was the first production unit and the Methane Power would be available in Europe this year.

"With the economic and practical advantages it brings, further enhanced when using biomethane, we expect a lot of interest from biogas plant operators and suppliers, and also farmers with access to the gas network," he said.

"Municipalities are also showing a lot of interest in adding this tractor to their fleets of compressed natural gas vehicles to further reduce their emissions footprint."

CNH Industrial said the T6 Methane Power tractor was capable of the same performance as diesel models at up to 30pc lower running costs.

CNH Industrial said the tractor could be powered by bio-methane, enabling farmers to move towards zero-carbon farming by producing fuel on farm.