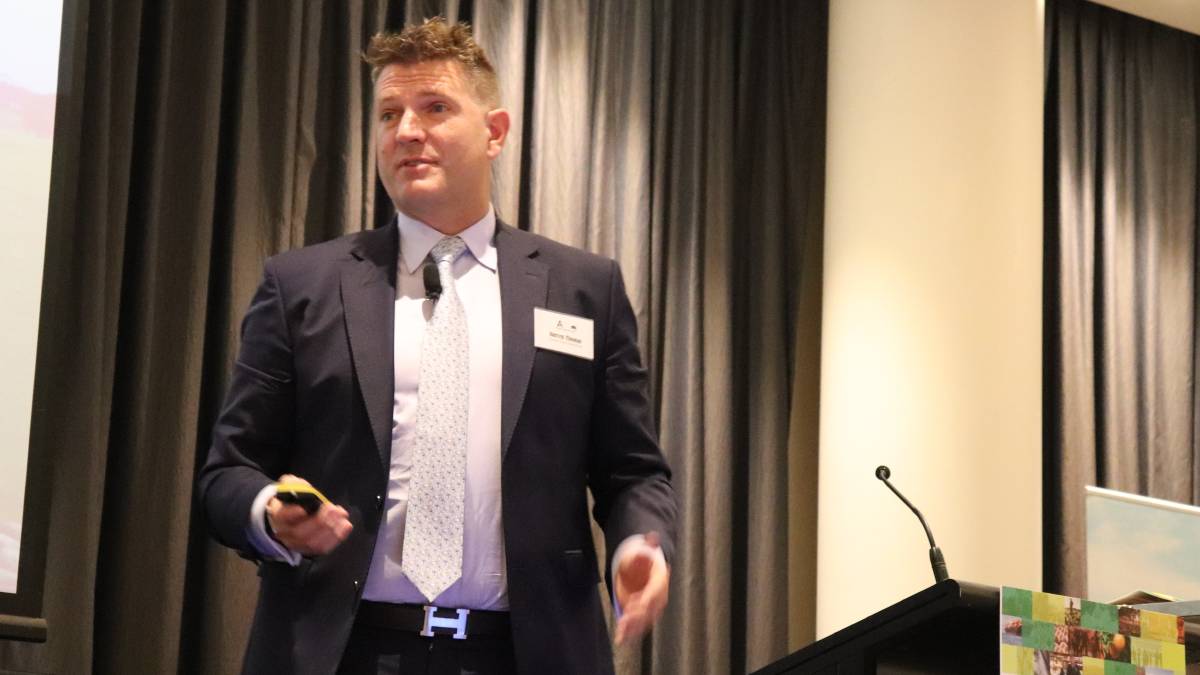 Thomas Foods International chief executive Darren Thomas said the company had moved down the value chain to get closer to the consumer.

Calls for Australia to continue to "premiumise" its products in order to remain competitive.

AUSTRALIA needs to continue to "premiumise" its products in order to remain competitive.

That's the view of Thomas Foods International (TFI) chief executive Darren Thomas, who has followed this mantra in the development of his company, which is now Australia's biggest family-owned meat processor.

He made the comments at the recent National Agriculture Day business forum in Perth.

"As Australian farmers and producers, what we have is our provenance," Mr Thomas told the National AgDay Agribusiness Forum recently.

"We aren't just selling a box of meat, we're selling a story, cooked or raw and packaged differently and we are concentrating on the premium end of the world."

Founded in 1988 by his father, Chris, TFI partnered with IBM Food Trust in March this year, a food safety solution which utilises blockchain technology to ensure food traceability from paddock to plate.

Although initially the block chain technology might seem like an inconvenience for primary producers, Mr Thomas said the benefits would outweigh the negatives.

"This will be very important moving forward, as it will mean our products will not be able to be fraudulently misrepresented," he said.

"You go to China - you think you're drinking Penfolds Grange and you're not drinking it, although it may be in a Penfolds bottle.

"That's what we don't want, all the blood sweat and tears that we do as foreign producers, wasted."

With animal welfare a hot topic these days, Mr Thomas said consumers wanted the assurance that their product was raised ethically, humanely and in a socially responsible way.

"Identification is coming, it's been in the cattle industry - and it will be demanded from the sheep and lamb people too," he said.

As a result of convenience being another big driver in the market, TFI created an online meal delivery service called Thomas Farms Kitchen.

With customers choosing their weekly meals online, the business delivers the recipes and ingredients to their door.

"When you see McDonalds, one of the biggest brands in the world, deciding that they now have to put their product on UberEats, you know there's been a shift in momentum," Mr Thomas said.

"What we've had to do as a company is to think about what's happening in the future.

"We are the first people in the world to put fresh food on UberEats.

"But there are people who still like going to the supermarket, so we created a meal bag that feeds four people and you're done and dusted."

Mr Thomas said the days were gone where processors were just shipping a box out of the meat works.

"I don't think we would still be here today, or if we were, we would be on the way out," he said.