ON NOTICE: Veterinarians say all members of the cattle supply chain in Australia need to be on notice that they have to be practising and preaching the highest levels of animal welfare at all times. Photo: Shutterstock

Claims 'standard practices' have been taken out of context.

THE war being waged by animal activist groups against the live export trade has shifted on-farm with the emergence of covertly-filmed footage on Western Australia cattle stations depicting alleged acts of animal cruelty.

The clear warning in the wake of the package posted by an Israeli anti live-ex group set on halting the trade of Australian cattle to that country, is that beef producers' businesses are at risk.

That has been issued from many quarters, including crisis management and public relations specialists, veterinarians and even producers themselves.

One of the key elements of the latest footage scandal is that practices considered standard to cattle operation work have been bundled among abhorrent shots of animal treatment.

Experts in reputation management, and indeed experienced cattlemen and industry leaders, say that makes what is already considered one of the toughest jobs in the beef game - engaging with society on animal welfare - a million times harder.

The way carcases are carried and disposed of, and pulling a stuck calf from a race, may not be pleasant viewing for people not accustomed to farm life but they are run-of-the-mill, acceptable practices, producers said.

Presented in what is clearly an anti live-ex package, those practices have effectively been taken out of context in a manner that is very challenging for the beef industry to deal with, producers said.

Dr Scott Parry, from the Australian Veterinary Association's advocacy team, confirmed there were elements of the footage, such as the carrying away and disposal of dead carcases, that were routine pastoral practice.

"There is no pretty way of doing that but it is a normal part of station life," he said.

"Animals do get legs caught in races, quite regularly, and you have to get them out of there as quickly as possible.

"From a vet's perspective, there are certainly some things in the footage taken out of context."

However, the Coonamble practitioner who has spent a lifetime working on pastoral properties, including in the live export trade, said there was also indefensible behaviour depicted. 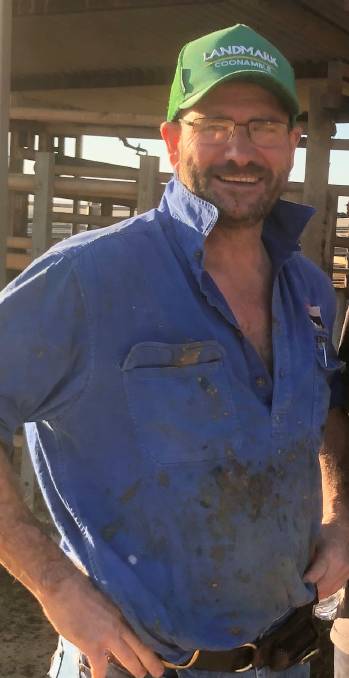 The AVA has strong policies around the use of pain relief and continually advocates for greater uptake and ongoing veterinary involvement in the livestock supply chain to facilitate good animal welfare outcomes.

"While there are certain elements of society that don't want animals raised at all, the realistic view taken by AVA is that there is always going to be a livestock industry so we must constantly advocate for ongoing veterinary engagement and oversight in the supply chain to ensure the best welfare outcomes possible," Dr Parry said.

"By and large, producers across the country are doing a good job of animal welfare. However the whole industry, not just live export, needs to work towards continual improvement in the animal welfare space and be prepared to call out unacceptable behaviour if it is to retain social licence to operate."

He made the point that producers operating outside the live export trade should not consider themselves immune to the efforts of groups setting out to make the beef production industry look bad.

"In fact it appears that the majority of footage shown was of northern pastoral properties and not actual live export facilities. The majority of livestock shown were not suitable for the Israeli market," Dr Parry said.

"I can only reiterate that much of what was shown in this package is unacceptable and indefensible. However, it does serve as a reminder that even routine management practices, suitably edited, can be made to look pretty damning and all members of the cattle supply chain in Australia need to be on notice that they need to be practising and preaching the highest levels of animal welfare at all times."

Kimberley Pilbara Cattlemen's Association chief executive officer Emma White said footage of poor handling, dehorning without pain relief, shooting sick animals and the disposal of carcasses is distressing, regardless of whether it is a breach of welfare laws.

All responses from industry groups, including from the owners of a station where some of the footage was shot, denounced the actions of the stockmen involved as unacceptable and not representative of the wider industry.

Declarations were made that people must be held accountable, transparency is something the industry embraces, of strong commitment to best practice animal welfare and that the footage had created 'shock and horror' throughout.

Cattle Council of Australia president Tony Hegarty said: "The overwhelming majority of my fellow producers who uphold best practice husbandry standards would share my sense of distress and, frankly, sense of betrayal arising from evidence of livestock abuse."

TO COME: The mistakes producers, and industry leaders, are making in their reaction to footage like this.