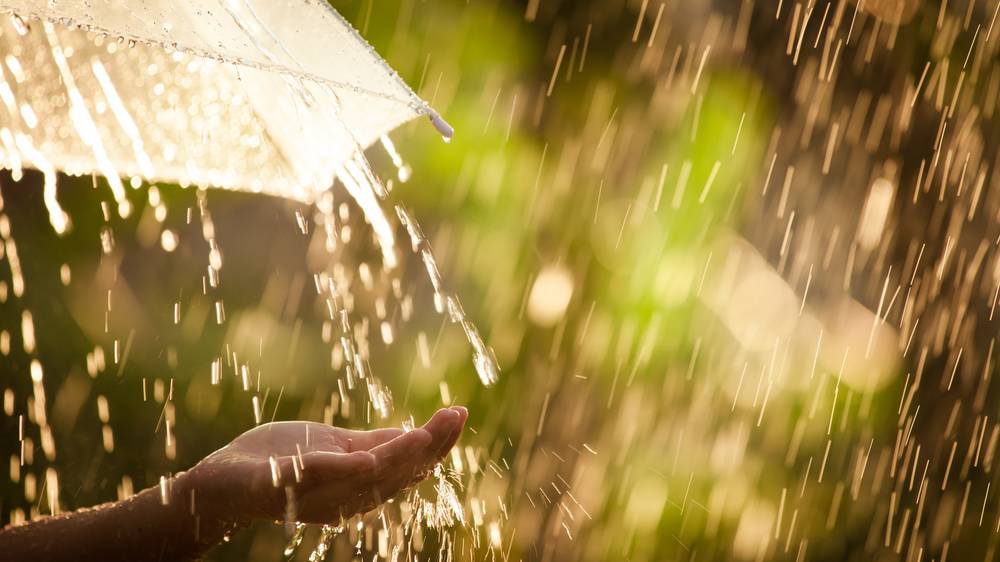 Sponsored content: The extreme drought gripping many parts of Australia has intensified the focus on one of our most valuable assets - water. It's a topic that has been at the front of the founders of Heritage Tanks for many years.

The extreme drought gripping many parts of Australia has intensified the focus on one of our most valuable assets - water.

The conditions have increased discussion about strategies around water security and how to be more water wise, making the most of existing water supplies and also preparing to capitalise on future rainfall with more efficient water storage.

It's a topic that has been at the forefront of the minds of the founders of one of Australia's most innovative designers and manufacturers of water tanks, Heritage Water Tanks, for many years.

More than ten years ago, the company led by Murray Tognela and Brian Van Rooyen launched its trailblazing circular tank gutter system aimed at optimising the amount of water collected by catching the rainfall on the tank roof in addition to the water collected from other surface areas directed into the tank.

Coming from a farming background, Mr Tognela said he had always been "acutely aware" of the need to effectively conserve and store water but it was the ferocious Millennium Drought in the late 1990s to the mid 2000s that inspired the innovation.

"It was at the time of the Millenium Drought the concept for our original gutter system was realised," he said.

"Our goal was to make sure farmers were armed with the ability to absolutely make the most of the rains when they came with the most efficient way to harvest the most water."

Now, with the current drought impacting farmers, and water storage again a dominant theme for a large section of the country, the company has unveiled a new improved version of its gutter system, the EvaRain Gutter System.

While continuing to allow the most efficient capture of water into tanks it also addresses another key challenge in the process - ensuring the integrity of the water. The specially designed inlet allows tank owners to better manage the quality of the water collected. 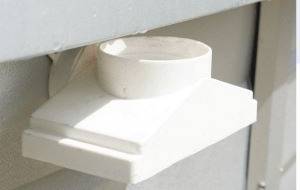 Flush position: Any rain that falls on the tank roof when the screen filter is in the flush position will be diverted to storm water and leaves and debris will be flushed away. In addition to collecting the valuable water off the tank roof, the new design lets property owners also better manage water quality with an increased filtering function that's been built in.

As well as filtering every drop that goes into the tank, it enables owners to flush the first rains from the tank roof via a specially-designed inlet system that directs the water through a series of fittings with a sump and filter system.

By turning the filter mechanism to the off position the first rains can be manually directed outside the tank to ensure no debris enters.

Once the tank roof is clear, the filter can be switched back to engage to divert rain back into the tank.

"The manual flushing system ensures any accumulated dust and other contaminants that will be flushed from the roof with the first rains can be diverted away from the tank," said Mr Tognela.

Mr Tognela said the improved gutter system was developed in consultation with a hydrologist to model the catchment potential of the design, ensuring it would perform as efficiently as possible in any potential rainfall event.

"We wanted to make sure we had the exact sizing to be able to handle a one-in-ten-year storm and ensure the filter system could cope with the capacity of water flowing through," he said.

"We wanted to be confident the system was designed for Australian conditions."

The results: This chart shows how much additional water can potentially be harvested using the EvaRain Gutter System, depending on rainfall and the size of the water tank installed.

Heritage Water Tank steel tanks are designed and built to last and perform in the harsh Australian environment. All the tanks feature the exclusive ArmaFresh Water Tank Liner which is assembled and in one piece using heat-welding technology giving it extraordinary durability and strength. Carefully selected teams install all new tanks giving you peace of mind in knowing your tank has been installed by experts. Find out more at the Heritage Water Tank website or by phoning Freecall 1800 115 552.