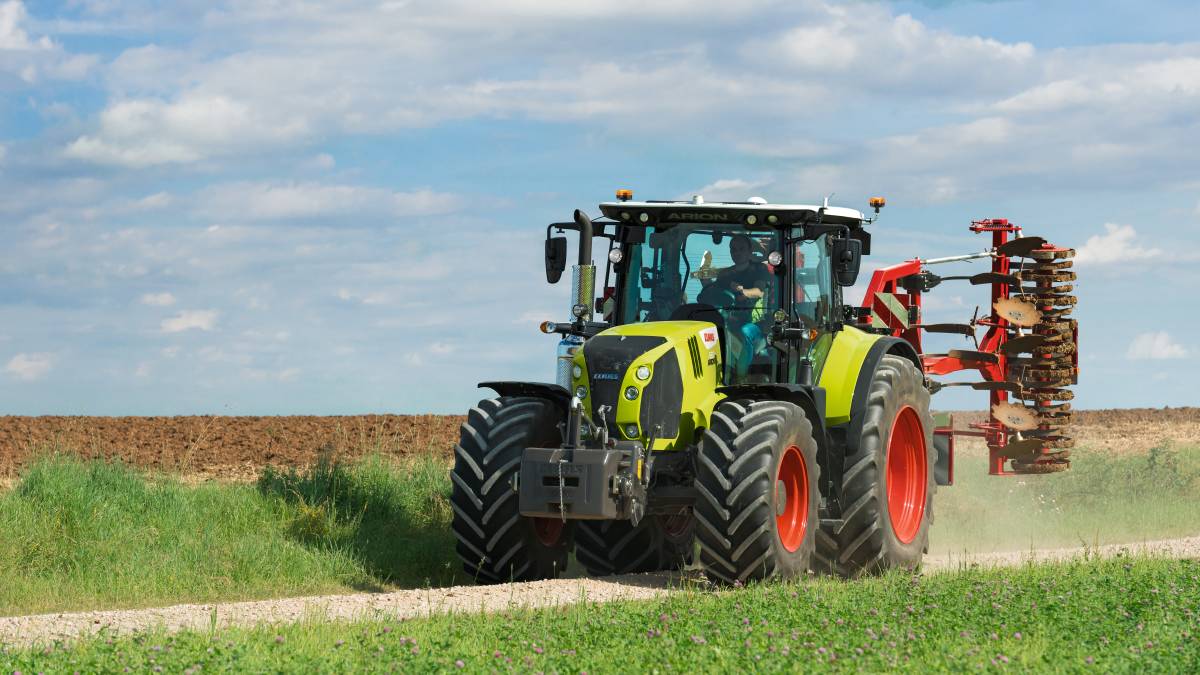 STAGE FIVE: Claas has announced a number of improvements to the Arion 600/500 series of tractors, including the introduction of Stage V engines.

Claas has announced a number of improvements to the Arion 600/500 series of tractors, including the introduction of Stage V engines.

Claas Harvest Centre product manager Shane Barrett said there was seven models in the series, ranging from 92 kilowatts (125 horsepower) up to 152kW (205hp).

"Power outputs remain unchanged, but tnow benefit from a six to 14 per cent improvement in the torque curve at lower revs," he said.

"In the Arion 600 models, the components of the exhaust gas after treatment system have been further refined to reduce the amount of space it requires," he said.,

"CIS offers mechanical spool valves and while CIS+ has electronic spool valves, both systems incorporate the easy-to-use CIS terminal and a multi-function armrest with a four-way control lever," he said.

"The CIS+ is aimed at customers who want greater convenience and efficiency but do not need all the functionality of the CEBIS system.

"It provides the option of using the Cmatic continuously variable transmission without the CEBIS system."

Mr Barrett said the CEBIS system now incorporated and ISOBUS interface and the ability to link up to two cameras to the screen.

The story Arion gets upgrade first appeared on Farm Online.