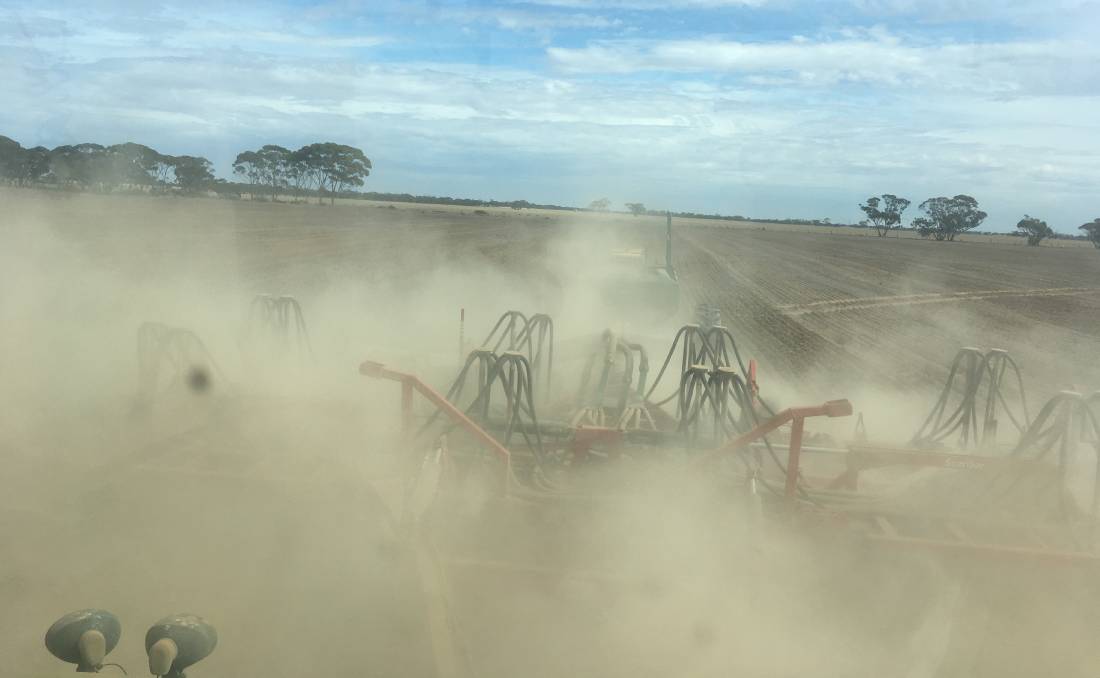 Australian farmers are becoming more adept at growing crops in dry conditions but the changing climate has cost growers billions according to ABARES.

In spite of farmers' willingness to adapt new technologies the hotter and drier climate post-2000 has cost the Aussie ag sector billions.

THE HOTTER and drier conditions Australia has experienced over the past 20 years have seen the Australian agricultural sector missing out on the equivalent of billions of dollars in lost income, with those in the cropping and broadacre beef sectors impacted the worst.

And if not for innovative farming practices, such as the largescale adaptation of no-till cropping the loss of income could have been even more pronounced.

These were the sobering messages to come out of an Australian Bureau of Agricultural and Resource Economics and Sciences' (ABARES) Insights report into the effects of climate variability on Australian cropping and livestock farms.

The report examined both short-term climate risks such as the current drought and longer-term shifts in climate conditions, such as the gradual decline in annual rainfall over large areas of the nation's agricultural belt, especially in southern regions.

ABARES senior economist Dr Neal Hughes said there had been a noticeable shift to hotter and drier conditions over the period 2000 to 2019, relative to the period 1950 to 1999 and that this had been a negative effect on the profits of Australian cropping and livestock farms.

"Controlling for all other factors, we estimate these changes have reduced average farm profits by around 22 per cent," Dr Hughes said.

And the losses were even more pronounced for croppers.

In the cropping sector average profits were reduced by 35 per cent, or $70,900 per year for a typical cropping farm.

"At a national level this amounts to an average loss in production of broadacre crops of 8% or around $1.1 billion a year," Dr Hughes said.

"Although beef farms have been less affected overall, some beef farming regions have been affected more than others, particularly south-western Queensland."

The silver lining has been farmers' ability to adapt.

The study found farmers were getting better at managing dry conditions and erratic rainfall over time.

Without this adaptation the study found the effects of the post-2000 climate shift would have been considerably larger, particularity for cropping farms.

Dr Hughes said it highlighted the need for more research into climate change and how it would impact Australia's cropping regions.

"While recent trends in rainfall have been driven at least in part by climate change, there is still significant uncertainty over long-term future rainfall.

"The implications of climate change projections for agriculture is an important area for further work," he said.

"Analysis of this kind is complex, as you need to account for the many factors that affect farm profits, including seasonal conditions, input and output prices, technology and management practices, and farm size," Dr Hatfield-Dodds said.

"ABARES is only able to do this because of our long-term investments in high quality farm survey data and our multi-year effort to build the farmpredict model."

"The results from this study have important implications for the agriculture sector, particularly for how farmers and governments respond to drought risk.

"Adjustment, change and innovation are fundamental to improving agricultural productivity so while supporting farm households experiencing hardship is important, the long term health of the sector means this needs to be done in ways that promote resilience and productivity.

"Key options in this regard include research and development to improve long-term farm drought resilience, including further development of weather insurance markets.

"Insurance is an important area for further research, as it could provide farmers new options for managing climate risks."

The story Billions lost due to climate variability first appeared on Farm Online.