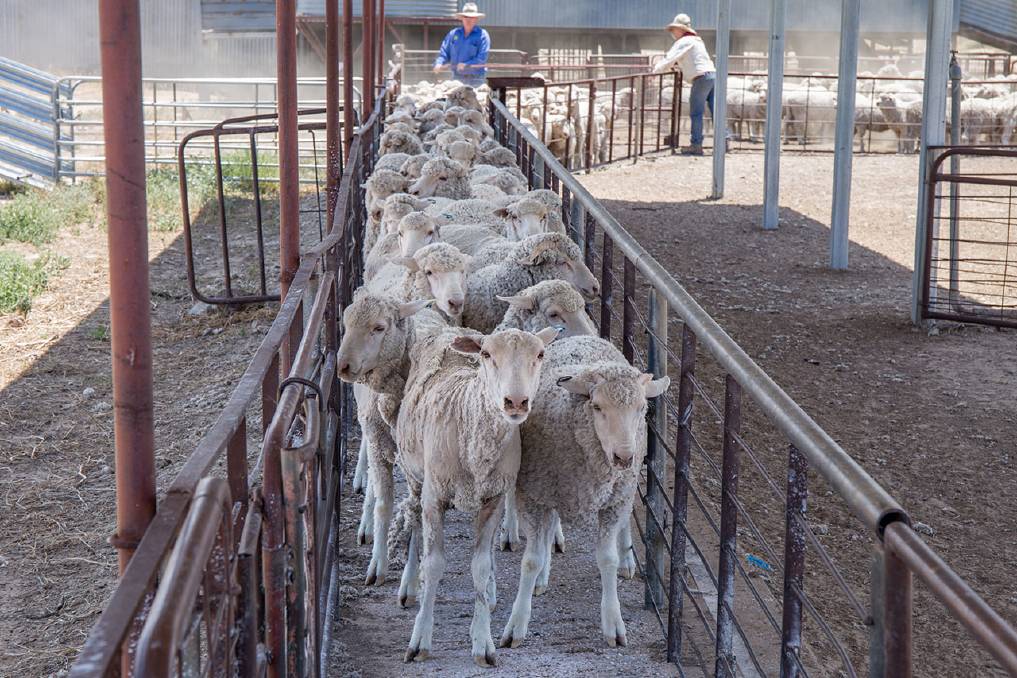 The Stock Take: Meccardo's Olivia Agar writes about the flock size in 2020.

TO NO one's surprise, the dry conditions across most of the country in 2019 have kept the pressure on adult sheep sales to abattoirs.

As a result, the national flock has suffered its way to an estimated 66 million head low at the end of June 2019.

Sheep offtake, which is a measure of the sum of adult sheep sold to abattoirs expressed as a proportion of the flock size, provides a reliable way to monitor what is happening with the flock.

For the first half of 2019, sheep offtake was sitting close to 14pc and well into contractionary levels (Figure 1). 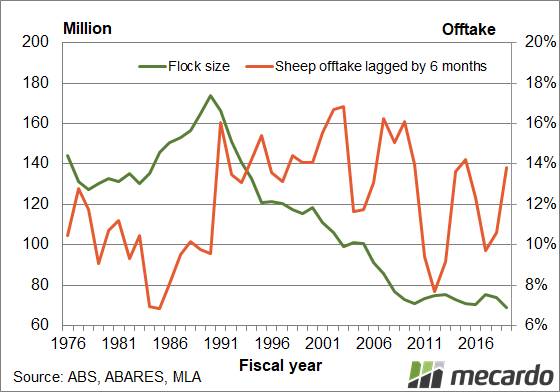 It eased into the second half of the year, however, still remains above the critical 12pc threshold.

It's fairly safe to project that the flock will shrink by at least another 6pc this season.

Tight supply has been evident over the second half of 2019 and given the flock projection, looks set to continue.

Production forecasts for 2020 and beyond expect both lamb and mutton slaughter to decline considerably.

When it does rain in critically dry sheep regions, intention to restock will be strong.

However, robust prices for adult sheep in abattoirs will continue to pose an attractive counter to producers trying to restock.

Demand for mutton has been increasing for the last three years.

Despite close to annual high slaughter rates over the spring, mutton prices continued to rise at a time when they would normally have been expected to fall. 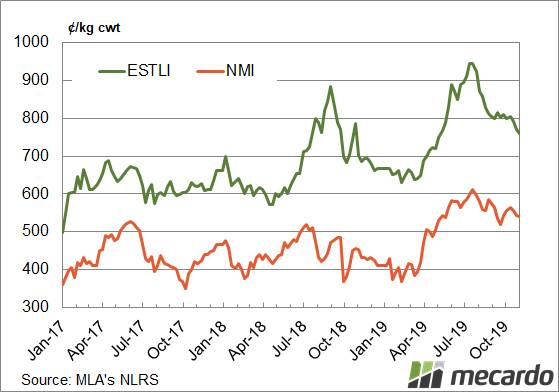 The peak Eastern States Trade Lamb Indicator (ESTLI) at 945 /kg cwt in July, was never going to be sustainable at domestic levels.

The softer exchange rate to the US this year cushioned our two largest export markets, the USA and China, from the brunt of record prices, although even export markets eventually hit resistance.

African swine fever (ASF) has lit fuel to the fire of what was already growing demand for sheepmeat in Asia.

The expected 20 million tonne pork deficit in China saw consumers filling the widening protein vacuum with alternative proteins, and as such, sheepmeat exports have surged.

Monthly mutton exports to China for January to October were 108pc higher than the five year average (Figure 3). 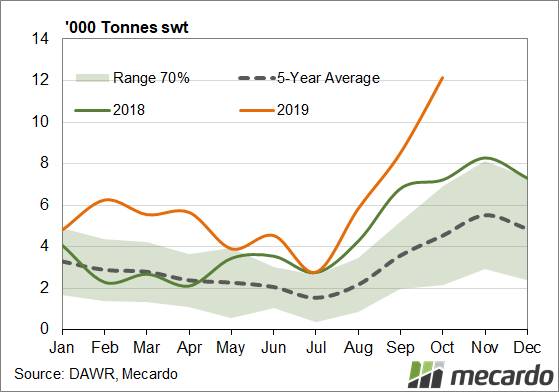 It's been the strength of export markets that have helped drive saleyard lamb and mutton prices over 2019, and offset what would normally be negative pressure from the prolonged dry.

With no sign of slowing, the outlook is rosy for producers once conditions improve.

As with cattle markets, in the event of a wet year, the strong intent to rebuild the flock will no doubt make for an interesting market given the growth in red meat demand.

How we will meet this growing demand is a question yet to be answered. 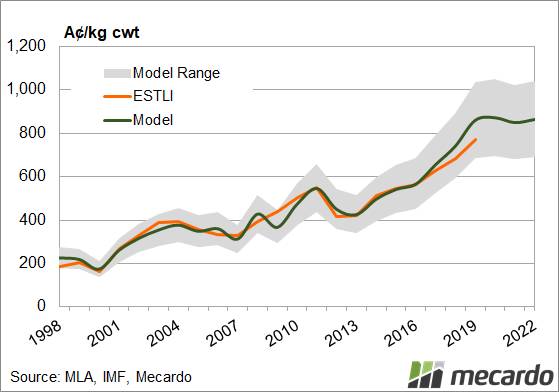 There are two significant factors that could "turbo-charge" meat markets in 2020.

The impact of ASF could see a greater than expected rise in demand for substitute protein leading to prices exceeding forecast levels, while a break in the drought will see restocker demand exert upward price pressure.

Alternatively, ongoing USA and China trade tensions could act as a substantial headwind.

The story Prime outlook for sheepmeat in 2020 first appeared on Farm Online.