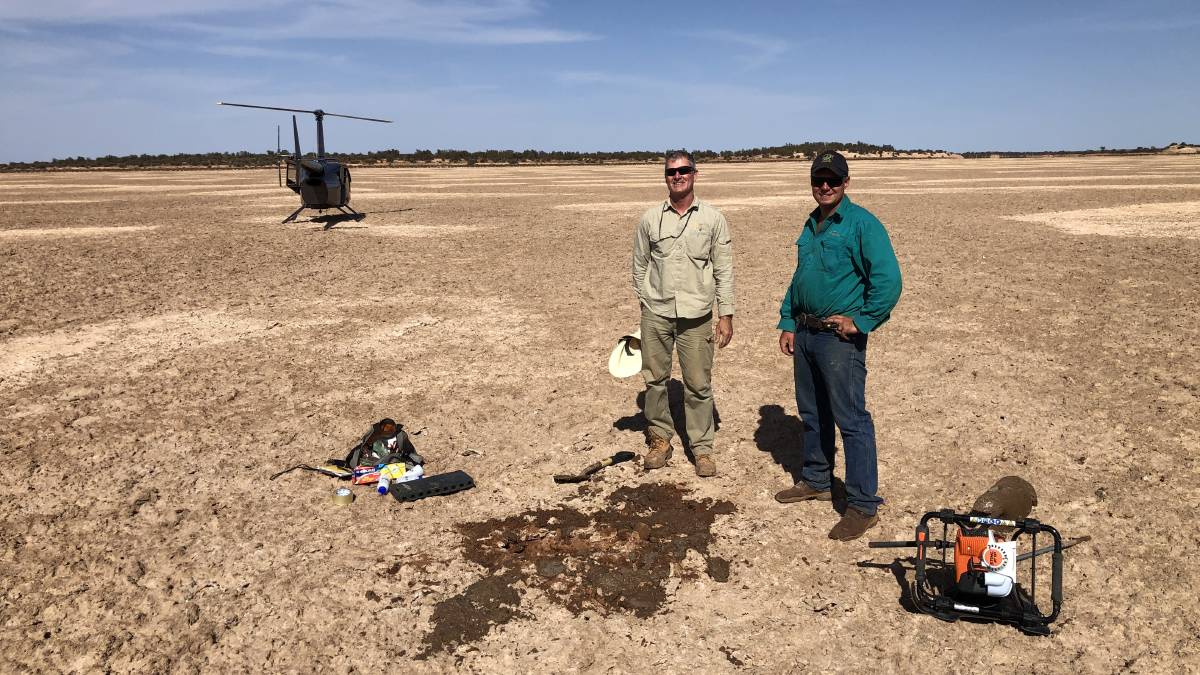 CASHED up prospective Sulphate of Potash (SoP) fertiliser producers in WA have come into the new year with potentially upgraded reserves to define and prove up at remote salt lake locations.

CASHED up prospective Sulphate of Potash (SoP) fertiliser producers in WA have come into the new year with potentially upgraded reserves to define and prove up at remote salt lake locations.

There is also the prospect two of them will start commercial production before the end of this year and make local premium SoP fertiliser available from next year at prices that, while not expected to be cheap, will be much closer to the more widely used Muriate of Potash (MoP), bringing the lower salt index SoP into consideration for farmers with soils losing productivity through rising salinity.

In the week before Christmas a number of WA SoP companies announced their new year resolutions to the Australian Security Exchange (ASX).

A hand-auger sampling program at 16 locations across the salt lake surface recorded potassium grades of up to 6660 milligrams per litre of brine, with an average grade of 5296mg/l, equivalent to 11.8 kilograms of SoP per cubic metre of brine.

Trigg said brine started flowing into the two-metre deep holes at depths of between 30 to 70 centimetres below the surface of the salt crust at all 16 locations.

The brine also showed suitable characteristics for solar evaporation and low salt by-product, with a low sodium to potassium ratio of 15.5:1 and high sulphate concentration, Trigg told the ASX.

It said further near-surface sampling and an initial air core drilling program to sample the underlying palaeochannel (ancient river bed) and basal sand aquifers was planned for early this year.

On the strength of the preliminary results, Trigg has applied for two new tenements to the north and south of Lake Throssell, adjacent to its existing holding and along the underlying palaeochannel, taking its project exploration area to about 752 square kilometres.

Lake Throssell is off the all-weather Great Central Road and about 20 kilometres from the Yamarna gas pipeline supplying the Gruyere gold project which could fuel a future fertiliser plant.

Trigg managing director Keren Paterson said the Lake Throssell project was "shaping up to be a significant SoP project".

"These high-grade results across the playa (salt lake surface) and the potential scale of the underlying palaeochannel makes this discovery one of the most important for Australia's emerging SoP industry and our nation's food security," Ms Paterson said.

Earlier this year Trigg raised $4.5 million with a share offer and listed on the ASX in October.

It is also undertaking air core drilling programs at Lake Hope Campbell, closer to Laverton and at Lake Rason, 200km south of Lake Throssell, in the search for potassium saturated brine suitable for conversion to SoP fertiliser.

The assay results from those programs are also expected later this year.

Front runner in the SoP race, with production scheduled to start in the fourth quarter, Kalium Lakes Ltd - KLL on ASX listings - also announced significantly more SoP potential from stage one of its Beyondie project in the Little Sandy Desert, about 160km south east of Newman.

Further drilling to greater depth at Lake Sunshine had revealed potassium saturated brine in porous sandstone underlying the palaeochannel it had previously investigated down to 80 metres.

Twenty six new bores to 196 metres had produced the highest potential SoP concentrations yet at Lake Sunshine, with potassium at 9360mg/l below100m depth.

"We are delighted with the extension in thickness, grade and depth of the Lake Sunshine brine aquifer," said KLL managing director Brett Hazelden.

"These results will allow our current production bore installation program to take advantage of the higher grades and increased thickness of brine available as part of the initial 90,000 tonnes per annum SoP stage one of the Beyondie Project.

"We anticipate a significant mineral resource increase to be finalised early (this) year," Mr Hazelden said.

KLL raised $92m equity during 2019 to complete its project funding requirement and took the final investment decision to proceed in October.

It has completed front end engineering and design (FEED) with components of its modular processing plant due to begin arriving on-site and being assembled shortly.

KLL has a binding off-take agreement with German global fertiliser specialist K+S to market and distribute its granular, premium granular and liquid SoP products in Australia and around the world.

The deal is expected to generate $650m in revenue for KLL over the first 10 years.

Under the agreement, HELM will take and distribute 50,000tpa of fertigation grade water-soluble SoP produced at Lake Way by SO4 over the next 10 years.

SO4 said the agreement with HELM took the total of committed SoP sales from Lake Way to 220,000tpa, or 90pc of its planned production, with shipping to global markets to begin in 2021.

"It is an outstanding achievement for SO4 to secure such a world class partner in HELM for the sale and distribution of premium SoP product that will be produced at our Lake Way project," said SO4 chief executive officer Tony Swiericzuk.

The funds will contribute towards rapid development of the project, including construction of on-lake infrastructure and a start to site works for the process plant early in the year, it said.

As previously reported in Farm Weekly, SO4 has fast tracked its Lake Way project by pumping potassium saturated brine from an open cut former gold mine that had gradually filled with ground water on the salt lake.

The Williamson Pit brine will provide initial feedstock for the start up SoP operation until a series of channels to collect brine are completed across the rest of the lake surface and connected to the evaporation and concentrator ponds.

APC said the funds raised would be used to finalise permits for its SoP project at Lake Wells, 200km north east of Laverton and to progress a six-month FEED program.

It is proposing to produce 150,000t of premium grade SoP fertiliser a year at Lake Wells, with supply to export markets going via Geraldton Port.

APC management is currently in discussions with two Chinese fertiliser companies with the aim of converting off take agreements into formal contracts and is focussing on securing finance to develop the project.

As reported in Farm Weekly last month, APC supplied early samples of its patent pending K-Brite SoP fertiliser product for glasshouse and cropping trials last year and this year comparing the performance of the local SoP with imported MoP fertiliser.

APC produced its SoP samples at a Cannington laboratory at the start of the year from potassium salts harvested from trial solar evaporation concentrator and crystalisation ponds filled with brine pumped from palaeochannels beneath Lake Wells.

Preliminary results suggest local SoP benefits over MoP of better plant uptake of potassium and sulphur, larger root biomass in some soils and superior crop safety in the field.

Reward Minerals Ltd - RWD on ASX listings - has been working with the EPA for close to four years on environmental approvals for its project, where 133km of trenches across the lake surface will collect brine and channel it to planned evaporation and concentration ponds and processing plant.

RWD plans to produce 8mt of SoP over 20 years and the salt waste stockpile left behind is expected to cover up to 2000ha of the lake surface and be up to 13.4m high.

According to the EPA's assessment, this waste salt stockpile is expected to take 250 years to "reintegrate" into the salt lake through rainfall.

RWD claims to be only the second potential SoP fertiliser producer to have completed the EPA permitting process.